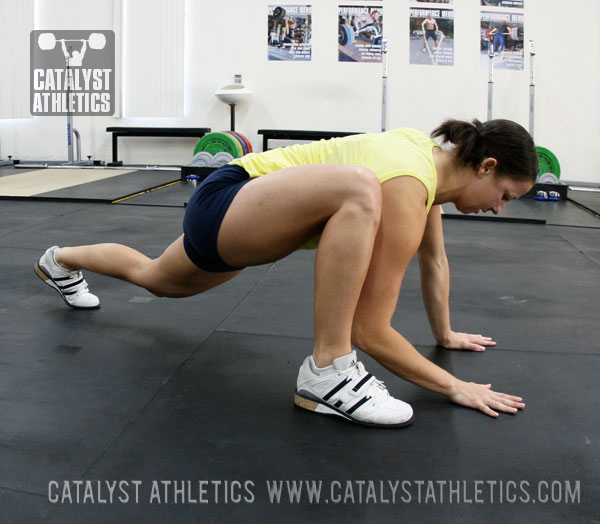 Easily the most common problem people bring up with regard to squatting is an inability to maintain the arch in their backs as they sit into the bottom position. This is not a complex problem, but that doesn’t mean it’s easy to fix. Improving flexibility can be a long and tedious process, but the sooner you commit to it, the sooner you’ll get some traction and see progress.

Because stretching and the like is so odious for most people, I’m always looking for ways to make it quicker, simpler and more efficient. Those who put in a lot of training hours already or who have limited training time are generally resistant to the idea of adding even a single minute of stretching after their workouts.

Something I use when appropriate I call the superhero complex: a static spiderman lunge followed by a superman hold (or spiderperson lunge and superperson hold for those of you who find the gender bias of the English language offensive). Generally the spiderman lunge is held for 20-30 seconds per leg, immediately followed by a superman hold for 5-10 seconds.


This complex can be done between squat sets both to make your training more efficient, and to continue improving your position in the squat as you go. Do at least 1-2 sets of it before your first set, then do 1 set between each set of squats.

You can increase or reduce the intensity of the superman hold by changing the position of your hands and arms from your sides (easiest) to hands on your head (moderate) to outstretched in front of you (hardest), and by keeping the legs on the floor (easier) or lifting them up (harder). This should not be a maximal, sweating, gritting your teeth effort—the point is not to exhaust your erectors to the point of being unable to support your back arch in your next set of squats, but to train the ability to generate a forceful extension and to let yourself feel what your back should be doing as you squat down.

With the spiderman lunge, keep the front shin vertical and the front foot pointed straight ahead. Push your hips down as far toward the floor as possible rather than just leaning over with the chest. Keep getting lower over the duration of the stretch.

Give it a shot during your next squat workout and let me know how it works for you. 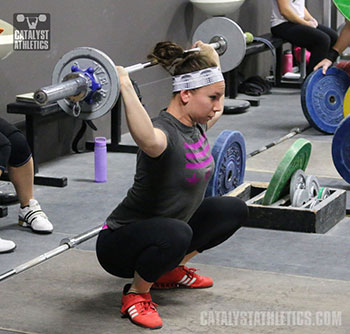 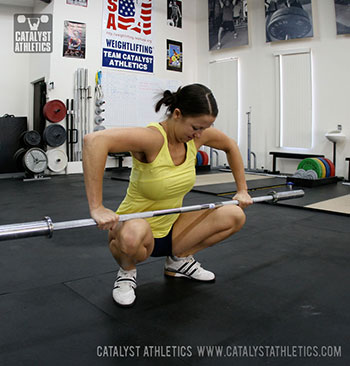 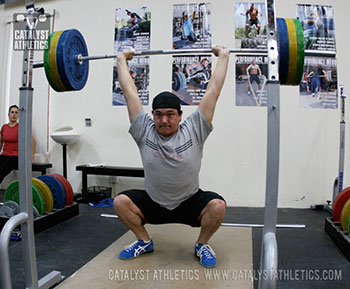 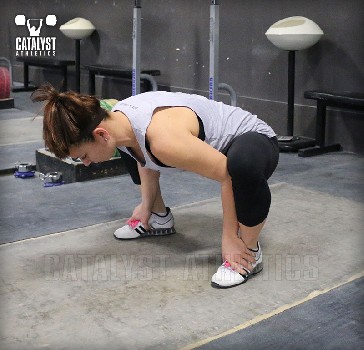 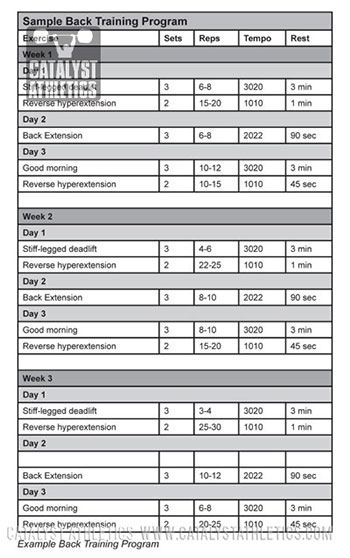