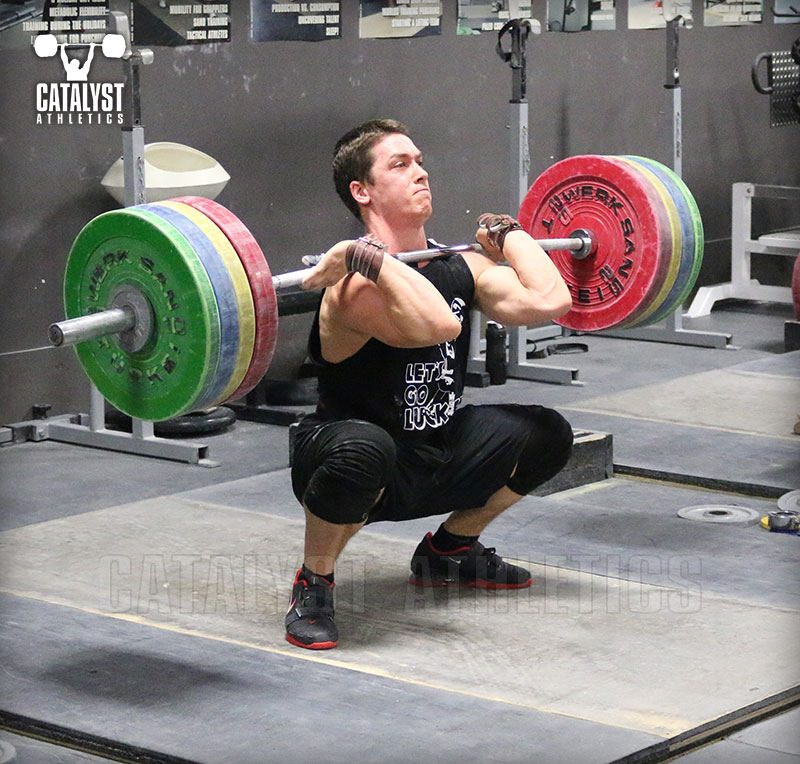 I have noticed over the years that people really try to make this sport much more difficult than it is. Now, don’t get me wrong, this sport by itself is a pain in the ass; however, people then try and complicate it even more by adding things to it.

So to help you out, I am going to list some questions then give you the best answer that I can come up with to save you possibly years of frustrations.

What kind of bar should I get?

How much room do you have left on your credit card? Or do you have to make weight soon and possibly eat less? Here is a tip: If the company has been making bars for less than 5 years, I would probably take a pass. Another good tip: If the bars are made in Sweden or Turkey, odds are that’s what you are looking for.

How should I warm up?

Greg has a great warm-up on his site. I follow about ½ of it and it warms me up just fine. He also has an article about a warm-up being just that—a warm-up. If you have more than 2 warm-up devices in your bag that’s way too many. I personally use a softball. That’s it. If that can’t correct it, then I will just jump around with a bar until I get loose.

Should I lift Bulgarian?

I personally think everyone should try this for a while. Then when you get spit back out after a few weeks, months, maybe a year later, you can say, “Yup, I tried that.” Personally I loved it, and then I didn’t.

What kind of shoes should I use?

I didn’t realize anybody besides Adidas made shoes. Good for them. I guess.

What kind of post-workout nutrition should I use?

I’m going to let you guys in on a secret that will amaze you. It’s simple, and for me it’s literally foolproof. It works after a good session and it works after a bad session.

Only requires 2 things:
1. Arnold Palmer half and half lite (in a can)
2. Redman (not that sissy golden blend stuff)

Somewhere down the line you are going to want some food, but those two gems will suffice until you can at least get a shower.

Is it okay to use a stimulant before I lift?

Seriously though, yes you should take things. Here is my morning: I get up around 4:15 and am out the door 45 minutes later. Seconds after that I have a Venti while I get to work and settle in and change. As I head over to the gym around 7, I chew 2 pieces of Jolt gum and crack a can of Xyience (Cran-Razz). Then the fun starts.

So yes, it’s fine to load up on stimulants before you lift. Maybe the week before a meet, cut back a bit to let it have its full effect on competition day.

Should I run? Should I do Curls? Should I join a dodge ball team?

No, yes and no; well, maybe, depending on whom you get to hit.

The question is what do you want to do? Snatch and clean & jerk for a big total in a meet? Then running will not likely help you out. Curls won’t kill you, but they are biting into your time and energy that could be helping other things. Dodge ball? What are you, 12?

I have a hard time fitting in my lifting during the week as planned.

Most people do; get creative and realize that you can and still will get the intent of the program if you need to slightly move things around. Personally I do a 2-on, 1-off program as of late and it seems to be working rather well.

I can’t find a training partner.

Grow your own. Seriously. Let me tell you a story: I was at work one day late on a Friday where I met Aaron. He was talking about the O-lifts with me, and a few minutes later we were down in the gym and I was helping him out with a few quick pointers. Maybe 45 minutes into it, I tell him we need to get him into a meet. Seven months later he goes 6-6 and hits a PR snatch, PR CJ and a PR total. So not only did I help a guy out, but I had added someone else to my training group, had to put away that much less weight after training (always a plus), and he paid for the beer after his first meet. So as my buddy Brad would say, “Be a hugger”—meaning, if you see someone who could use a tip and you can do it without being a total jackass, then who knows, you might meet that person that will help you help put away all of those reds.

Now go out there and hit some PRs, make some new friends, and stay off the dodge ball courts.

8 Comments
Jack
Love the article...except the dodgeball comment...play dodgeball with a ton of weightlifters...it is no longer a game, but war!
Amy
What is redman? When I google it it says chewing tobacco?
Malone
Besides being smart, Mike had a cold beer for me after my first meet, and we had just met!! great commentary and advice, as always!
Greg Everett
Yes, the last meet I did before AO, Mike picked me up at the airport and had Xience and ammonia all ready and waiting for me. What a guy.
Greg Everett
Aimee -

It IS chewing tobacco!

Justin Nees
Pure brilliance.
Enrique Salceda
What's Greg's website?... for the warm up.
Steve Pan
Links to the warm up video and article: