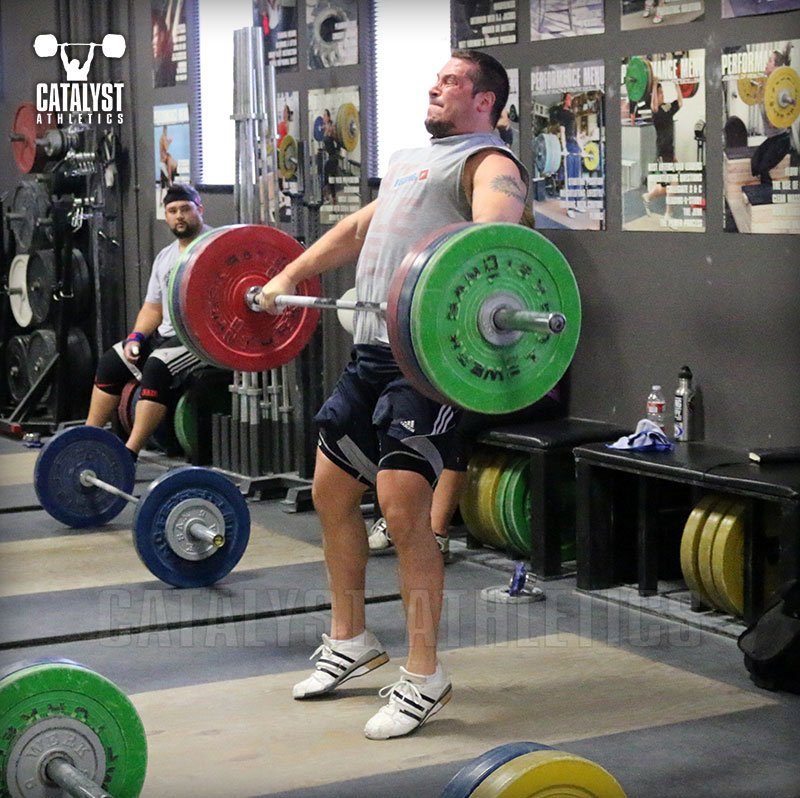 Years ago, my coach (Mike Burgener) said something like this: Never train with your lifters, because there are really only two possibilities: either they think you’re an asshole for showing off, or they see how bad you really are.

Personally, I’ve gone both ways on this. For the most part, I strictly coached during the week, and then trained with the team on Saturdays. This was for two reasons. First, during the week, I was at the gym all day working and was able to train earlier in the day on my own; on Saturdays, I didn’t stay the whole day, and it was also the “fun” day on which we usually snatched and clean & jerked heavy, so it was a chance for me to get a piece of that atmosphere while I was still training relatively seriously.

Here are the rules for training with your athletes that I’ve come up with after almost ten years of doing it at least once weekly:

1. You’re the least important athlete Understand—and make sure that through your actions you make it clear to them—that your athletes are your first priority. When your lifters are lifting, you’re watching, and you’re giving them just as much feedback as you would if you were just sitting around coaching. If you can’t keep up with this, you shouldn’t be trying to train with them.

2. You’re setting an example for your athletes This can be a great opportunity to show your lifters what you expect of them and to set standards, or to prove to them that you’re full of shit and they shouldn’t listen to you. If you train hard, stay focused, ensure quality on every rep you do, are enthusiastic about lifting, and otherwise behave exactly as you want them to, they’ll notice and they’ll model your behavior, consciously or not. If you behave in ways you tell them not to, don’t be surprised when they ignore your lessons and pay attention to your bad example.

3. Know your lifters Most athletes respect a coach who still trains, but don’t mistake this for those same athletes wanting you to actually train with them. Make sure you know that your athletes are genuinely OK with you training alongside them and not just saying they are to be polite while secretly resenting you.

4. If you need attention as an athlete, train another time Your lifters’ practice time needs to be all about them. If you want people to pay attention to you, give you feedback and praise, or generally care, you’re probably not a good candidate for training with your athletes—you need a training partner or a coach.

The reality is that if you want to be a good coach (or even just act like one), you can’t be focused much on your own workout while your lifters are training. You get to lift when everyone else isn’t, and when you’re not actively coaching someone—this means that you’re going to go 10-15 minutes between sets sometimes, and no one is going to feel sorry for you if your lifts are terrible because you’re distracted. In other words, you’re the one who will have to compromise as an athlete, so if you’re unwilling to do that, don’t even try.

Ultimately there will come a day when you have to decide if you're an athlete or a coach; you can be both to some extent, but one has to be the unequivocal priority, and you're going to have to accept the sacrifices in either case. The sooner you can figure this out, the more successful you'll be at whichever you've chosen.