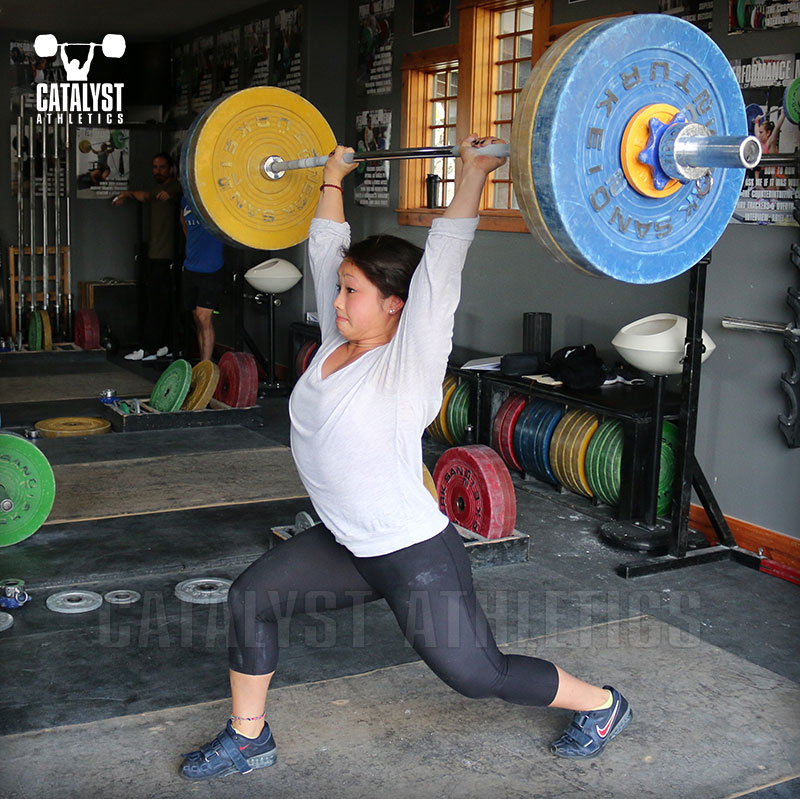 Weightlifting’s a tough sport. Not just physically, but also mentally demanding and exhausting—especially early on when you’re not only trying to get stronger and more mobile, but also trying to master some difficult motor skills. I probably don’t need to tell you any of this.

An important lesson you need to learn as early as possible is that there are things you can control and things you can’t. It’s critical to take an inventory periodically and sort these things out. It’s very easy to become overwhelmed in a specific training session or more generally, and having a firm grasp on what is and isn’t in your control is a good way to keep yourself squared away and able to deal with it all.

Equally importantly, it’s all too easy to allow a lot of the controllables to slip into the uncontrollable category when you’re not paying attention and feed that sense of being overwhelmed and discouraged. That’s just plain smothering at times, and contributes to a feeling of helplessness that’s usually totally exaggerated. And this brings me to the real point here—if you allow this to happen, you’re going to hold yourself back and often go through periods of regression even.

Let’s get it all sorted out so you have no excuses for screwing it up.

The controllable range from general to extremely small details. A good example of technical details that are totally within your control and that you have zero excuse for not executing properly are static positions. If you don’t set your back arch prior to a lift, that’s entirely your fault and there’s no excuse other than that you either weren’t focused on what you could control or you’re just plain lazy. Neither is a good look on a weightlifter.

More complex motions like a complete snatch, or an element like the turnover specifically, are partially within your control, of course, but doing your best to control them doesn’t automatically mean that you’re going to execute them perfectly. But that’s exactly why totally controllable details like static positions are so critical—you already have so much to work on technically that is far more difficult than something like arching your back, getting a proper pressurizing breath, making sure your eyes are directed the right way, or that your feet are positioned properly before you start a lift. Not doing these things makes the execution of the total movement correctly not just more difficult, but impossible—because if you’re not in the right position to start, you’re not doing the correct motion, and if something is of like your back arch, the motion overall will suffer no matter how hard you’re trying.

Some of these things may strike you as controllable, and some are to a certain extent, but think about it from an at-the-moment perspective. For example, being exhausted from not sleeping the night before is beyond your control at the time you’re training; it’s something you can control to a degree with lifestyle/behavior modification, but it’s not completely controllable, and you can’t instantly fix a state of exhaustion in the moment.

Literally take an inventory. Sit down and write out all of the problems with your training that you can possibly think of. Once you have them down, separate them into the Controllable and Uncontrollable categories. Make sure you pay close attention here.

For the uncontrollable, make some notes on what you’re going to do to better manage these things. This can be actual behavior such as putting your phone away earlier and forcing an earlier bedtime if you’re always tired in training, or it can be working on your mindset and response to things you truly can’t control, like someone else in your gym whose behavior drives you up a wall while you’re training.

For the controllable, keep this list on you every time you go to the gym and review it during your warm-up. Eventually you won’t need to check it each time, but check it until you’re consistently doing everything you need to do.

Check in with yourself periodically—maybe every 2-3 months, or each training cycle—and update these lists and your plans to address them. And of course, keep in mind that this very thing goes in the Controllables list.

Ingrid Hamel
Love this💓! Great information!
Aaron
I'm a great believer in controlling the controllables , especially in competition. Its always too easy to worry about who you're up against, what they're lifting, how their training has gone prior to the comp. But in reality, it doesn't matter. You're best off using that energy in focusing and preparing yourself for your lifts. Trust in your training which all starts with controlling the controllables.
Ana
Need to read this! Extremely helpful!