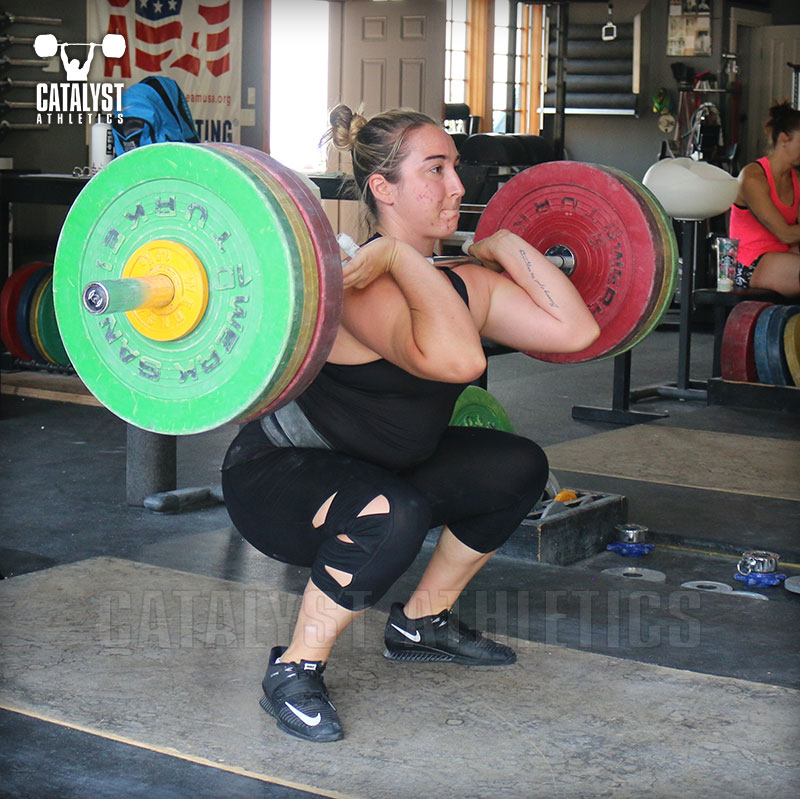 See more articles & videos like this in the Weightlifting Program Design collection.
For obvious reasons, we’re all focused in weightlifting on our all-time best lifts; the sport is contested on exactly that. But in training, that’s only one useful metric, and in many ways at many times, it’s not the best one. It can be misleading, discouraging and even counterproductive if used in isolation without context provided by other measurements.

The idea of daily minimums comes from the Bulgarian training method, in which lifters are snatching and clean & jerking to heavy singles daily—the daily minimum is what they’re capable of lifting any given day. This concept can be translated into more traditional training programs with a similar value despite less frequent testing.

In addition, we can use snatch and clean & jerk variations to give us a sense of the athlete’s capability. This may be doubles or triples, block or hang lifts, or competition lift complexes. The idea here is to get a more general sense of what the athlete is able to lift and translate that to the competition lifts. What a lifter is able to handle for a double especially, and to a lesser extent a triple, is a pretty good indicator; likewise it’s pretty apparent if a lifter is doing a snatch pull + snatch, or clean + front squat + jerk, what that will translate to in the strict competition lifts at least accurately enough for it to be valuable.

Consider what you or your athlete has been able to do with such exercises and how they related to their actual snatch and clean & jerk in the past; consider what the athlete has been able to handle for those exercises in the past and how that compares to what they’re doing now, as well as the trend of the weights (e.g. are they increasing, decreasing or remaining steady); consider the ease or precision of given weights for these exercises. Is the athlete hitting PRs on these lifts? If so, it’s very likely going to drive PRs in the competition lifts. All of this won’t give you a numerical figure, but it will tell you a great deal about the condition of the athlete subjectively at the very least.

Also pay close attention to what kind of numbers an athlete can hit when not truly prepared for big snatch and clean & jerk—this is often the best metric. For example, if you’re lifting heavy singles at the end of each week after a full week of tough volume work, what is the athlete consistently able to make? Or what about what the athlete can lift after being sick, or after a night of terrible sleep?

Often we rely so heavily on all-time PRs, even if those PRs were done a single time and were significantly beyond anything the athlete had done previously or has done since. In other words, they’re totally unreliable numbers and aren’t accurately indicative of what the athlete is capable of in a more practical sense. By evaluating the baseline and using that as a frame of reference, the all-time PRs can be more valuable because we can consider how they fit into the overall training of the athlete.

These numbers will give you a reliable sense of the athlete’s baseline. Of course we want the actual snatch and clean & jerk to continue increasing, but if we’re not testing them frequently—for example, maybe we’re only actually going for PRs in competition—we need other ways to evaluate progress. Use this expanded concept of the daily minimum as another tool for that purpose.

Mauricio Noel
Love this article. Actually all of them. Thanks for your sharing your thoughts