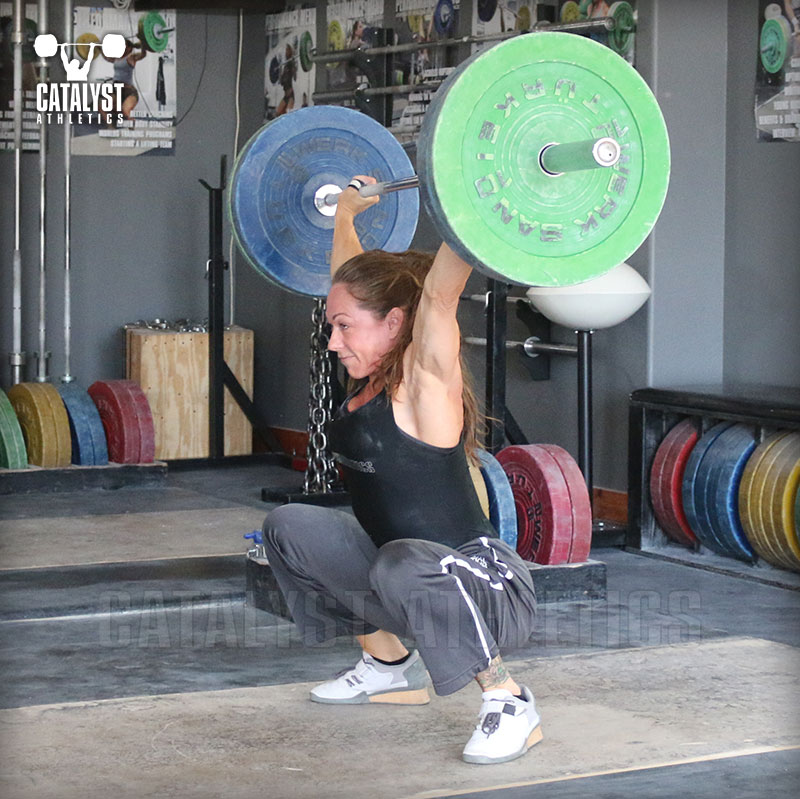 Static stretching (really static-passive) is presently the bad guy, although it’s been the target of some disdain and challenges for about the last 15 years (here’s an article I wrote in 2006 when we first started seeing concerns about its effects on explosiveness and proprioception). In other words, the issue isn’t anything new—it’s just getting more attention through the amplifying effects of social media.

I want to address a specific point about it, because it’s simultaneously a legitimate concern and nothing to be concerned about… in the majority of cases.

This is the argument that static stretching creates instability through the increasing of a joint’s range of motion without commensurate strengthening of the surrounding musculature to control the body through that increasing range. Totally understandable worry, especially for someone engaged in a sport like weightlifting in which we need to not just be mobile, but strong through a long range of motion and to be capable of creating and maintaining stability in mechanically precarious positions. For example, it does us no good to be able to sit into a deep overhead squat if we can’t actually hold a heavy weight in that position and stand back up with it.

Unless you have the worst training program ever written, and you’re the laziest, short-cuttingest athlete on earth, this should never be a problem for three simple reasons:

If we’re approaching it intelligently, we’re not trying to achieve excessive degrees of flexibility. Optimal flexibility is what allows us to achieve the ideal positions for the sport plus a margin of safety on top of that because we’re imperfect, and many technical errors are going to place us in positions beyond the ideal. We’re not stretching to become circus contortionists or Instagram yoga models finding creative new ways to show our butts while pretending we’re not.

Static stretching isn’t the only physical activity in which we’re engaged—we’re not spending hours stretching away and then walking around like a bunch of loosely connected spare body parts. Our sport is weightlifting… we lift weights. In all exercises, we’re moving through our entire existing range of motion—in a squat, pull, press, etc., we’re moving from one end to the other. That means that as the possible range of motion increases with our stretching (among other things), the range of motion of our lifting increases equally, meaning we never create an unsupported range of motion—we’re always using what we have.

Finally, increases in mobility, even from the most effective protocols and diligent performance, are slow—it’s not as if two days into a stretching program we’re suddenly going to have an extra 15 degrees of motion that we then have to scramble to strengthen and stabilize.

In short, the argument or concern about a lack of stability developing from static stretching mistakenly assumes a number of things very unlikely to be true. It’s similar to advising against doing any pressing strength work because it will create imbalances around the joints due to pulling muscles being relatively weak… that’s only true if you don’t also train those pulling muscles.

Do your dynamic mobility work, do your static stretching, do your foam rolling, do your loaded stretches, do your strength training, do your accessory work… and do it well. It’s an interdependent system—no single piece of it is the complete answer or the problem.

Sam Gonzalez
Would you say that professional or international level lifts do a lot static stretching? They certainly seem flexible and I feel like I see a fair amount of it when watching their training videos. Perhaps that is more valuable than any conjecture or theorizing
Static stretching is ubiquitous among elite weightlifters, which is one of many reasons I find all of the hand-wringing and pontificating about it so silly.