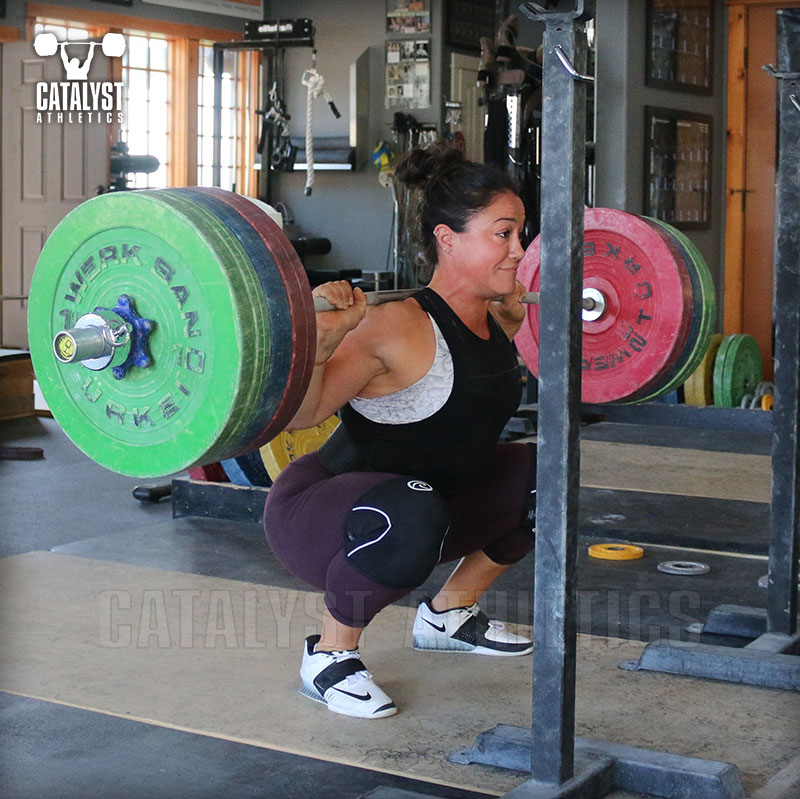 See more articles & videos like this in the collection.
I’ve answered this question so many times over the years, I find it odd this article doesn’t already exist: Should I do powerlifting first to get strong for weightlifting?

The short answer is an emphatic no… of course not. But since that’s evidently not obvious enough, allow me to elaborate.

The underlying premise of the question is that training for the sport of weightlifting doesn’t make an athlete stronger—that it’s strictly a technical pursuit, and therefore you have to arrive at it with all the strength you’ll need for the rest of your career. On its face this is crazy for a number of reasons, but mostly because I have a hard time believing that the people who ask this question believe every elite weightlifter in the world started by training powerlifting.

I have a sense of where this myth started, and these two figures will remain unnamed thanks to my developing maturity as an adult, but in any case, it’s clear there is a lack of understanding with regard to what weightlifting training involves.

Weightlifting demands a multitude of physical qualities, one of which is strength in great quantity. If powerlifting is focused purely on strength, then I can see how the logic plays out—it will get an athlete stronger, faster without having to do all that other funny stuff.

But here are the two problems: First, all that other funny stuff is critical as well—it doesn’t matter much how strong you are if you’re not proficient enough in the competitive lifts to apply that strength to achieve the sport’s purpose. Second—and this is the one that gets overlooked or outright denied more often—strength is extremely specific to positions and movements. It’s not some magical, all-pervadinge quality that applies equally across the board.

What that means is that the strength developed with powerlifting movements, i.e. the squat and deadlift, because their positions and motions differ from the similar patterns of weightlifting, doesn’t contribute fully to performance in the snatch and clean & jerk. In fact, not only does that strength not transfer well, it’s actually problematic because it causes the body to resort to positions not effective for the Olympic lifts.

A powerlifting squat is going to involve not just a shorter range of motion, which itself is a problem, but a more hip-centric motion and position with a higher shin angle, hips back and trunk inclined farther forward—exactly the worst possible position to squat with a snatch or clean.

Similarly, a deadlift in powerlifting is just getting the weight up any way possible, and with little exception, this means much higher hips in the start, weight back toward the heels instead of balanced over the foot, and often with the back round.

A weightlifter doesn’t need a massive deadlift or squat in absolute terms—they need a massive snatch and clean & jerk, and that requires technical proficiency, explosiveness AND strength… sport-specific strength.

Investing time into powerlifting to build a strength base for weightlifting, consequently, won’t just not accelerate your progress like it seems it should, it may actually slow your progress—both by delaying the start of your legitimate weightlifting training, and by creating problematic movement patterns that you have to then spend time retraining.


See more articles & videos like this in the collection.