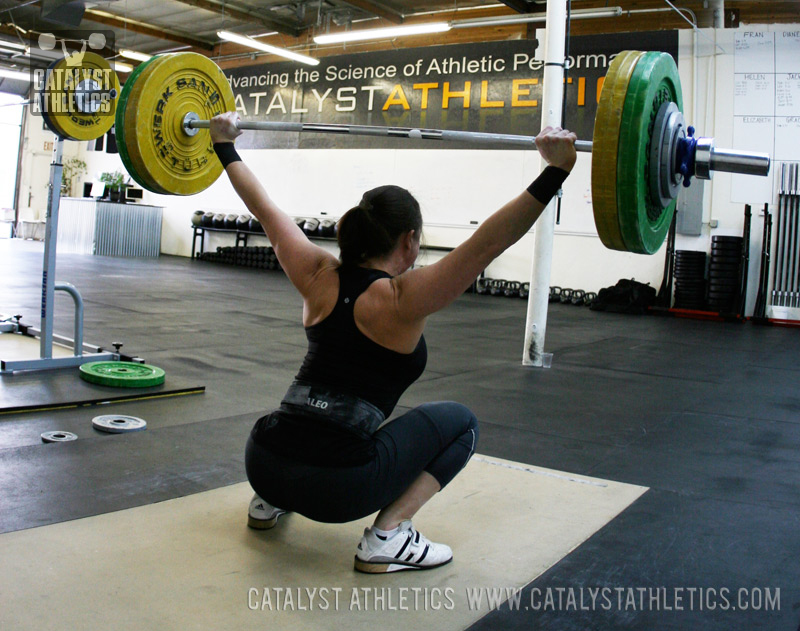 You all like music, right?
I’m going to assume the answer to that question is yes, and I’ll also wager that you probably like to have music playing when you train. Many of you have probably shopped around on I-Tunes and set up some playlists that are specifically for the gym. You picked music that makes you feel good, the type of stuff that gets your motor running and builds up some energy for your workouts.
I don’t think there’s any question that music has a huge impact on your mood, your attitude, and your personality. Throughout my lifting years, I’ve noticed that most guys like to train to music that’s heavy on aggression and intensity. I haven’t walked into many gyms where a bunch of dudes are snatching over 300 pounds while Michael Jackson’s “The Man in the Mirror” is playing. Ladies have often been a little different, in my experience. I’ve known some women over the years that like to listen to hard rock and metal, but not most of them. Most of the gals I’ve trained with, including those I coach, like their Katy Perry, Fergie, Justin Timberlake, and countryfluff artists like Alan Jackson and…I don’t know who the hell else sings that stuff.
These differences in taste can sometimes cause some arguments. Guys blow up if they have to listen to Kesha and girls get sick of Metallica. So here’s what I’ll do. Because I’m a guy, I’ll give you a list of some of my personal favorite training tunes. It’ll be meathead stuff, so I’ll make sure I show some fairness and address the feminine audience at the end.
Some preferred Matt Foreman jams:
“Bullet in the Head” by Rage Against the Machine- I love everything by Rage, but this one is my favorite.
“Knock ‘Em Dead, Kid” by Motley Crue- Crue is a band of my youth. I got in a lot of trouble with my parents for listening to them.
“Tearing” by Rollins Band- Tribute to our recent Rollins blog post.
“Fade to Black” by Metallica- Best song ever about killing yourself.
“30 Days in the Hole” by Humble Pie- Classic rock legends, and they talk about one of my favorite beers (Newcastle Brown) in this song.
“Insane in the Brain” by Cypress Hill- How can anybody smoke as much dope as these guys and still form complete sentences?
“Birth Ritual” by Soundgarden- Saw them live in ’92, pretty awesome.
“Night Train” by Guns N’ Roses- “I’m a mean machine, drinkin’ gasoline” Great lifting lyrics.
“The Wizard” by Black Sabbath- One of the mothership bands of rock and roll.
“Live Wire” by AC/DC- If you don’t like AC/DC, I don’t know if we can be friends.
Guys, you probably dig stuff like this. Ladies, maybe not so much (I know I’m generalizing here, my apologies to the rocker chicks). And I’m definitely not going to get in the middle of your gym squabbles about who gets to control the music. I’m not sticking my oar in that lake.
But there is one little suggestion I want to offer. Try to make yourself the type of lifter who can focus and train well regardless of what music is playing. Don’t become one of those people who throw a fit and can’t function if you don’t get your way with the tunes. You might have to train in a gym one day where you’re totally outnumbered by the opposite gender and you don’t have a choice, you just have to listen to a bunch of musical diarrhea while you train. You need to have the self-discipline to get your work done even if you’re trying to snatch a PR while the cast of Glee massacres a perfectly good Journey song. It’ll be a great test of your ability to concentrate, and it’ll help prepare you for the distractions of competition.
And at the end of the day, I’m sure we can all agree that techno sucks. At least we have that common thread to hold on to.

Brian F
We play soft country exclusively everyonce in a while at my facility for the sole fact that it forces people to stay focused.

jogotyree
I made a mp3 loop of ambient gym noise: weights dropping, clanking, inaudible chatter and then I mixed it with some "GrooveElectric" from SteveBoy(free).
I don't really care for the music so much, but it's got a driving beat and reminds me of why I'm working out in the first place.
TP
A friend of mine at work grapples to the Beegees and Madonna. He says "if you can fight to Madonna, you can fight to anything!"
Bogus
Strip Nude For Your Killer - Coffinworm
steve michael
If you don’t like AC/DC, I don’t know if we can be friends.
^no truer words have been said..
Bear
Agreeing to all accept last frase ;)
Evgeny Filatov
Viking metal is the music to lift to!
franky z
There is NOTHING like POLKA music to make you throw the iron around like an unfettered beast! Franky Yankovich and the Yanks! Beer Barrel Polka! Yeah, Baby!!!
Rhys
Matt - in addition to the great articles, thank you for the great music choices. I've made a Spotify playlist with the above. Can we have another article of 'Matt makes music' please so that I can add more songs.

I can walk in to the gym, plug the playlist in and just say, "Catalyst Athletics says this is good"

A hush settles over the gym and no disagreement can be found.