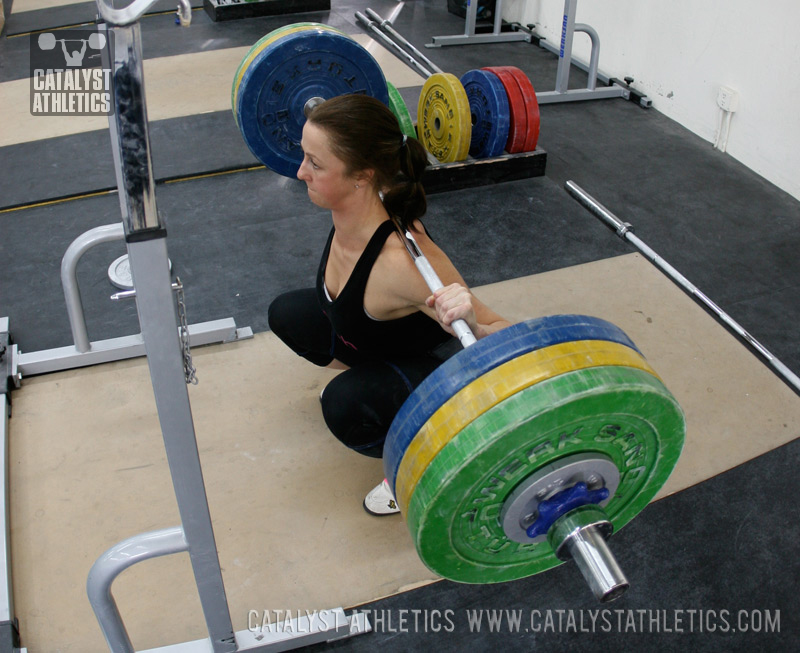 Let me tell you a fun little story.

Back around 1999, I went to see a doctor about the pain in my knees. Like most of you, knee pain was nothing new and I was used to living with it. But in this situation, mine was nasty enough that I decided to take the advice of my coach and see a physician to get it checked out. Now, we had a woman who trained in our gym at the time who was one of those people with all the connections, know what I mean? If you needed a good mechanic to fix your car, she knew a guy who did NASCAR-quality work for peanuts. When it was time to file your taxes, she had an accountant who would get you a 4,000 refund from the IRS, guaranteed. What’s that? You want to get your yard landscaped? No problem, she could put you in touch with a company that would make your place look like the Playboy Mansion. You get the drift.

Naturally, she knew the perfect doctor for me to see for my knee trouble. This guy, according to her, had been the doctor for two NFL teams and had some kind of rare award from the AMA, like Greatest Doctor in the History of Civilization or something like that. It sounded good, so I took her recommendation and made an appointment with the man. He definitely seemed like a wise sage, with his grey hair and his Old Doc Potter vibe. I described my knee issues to him in lengthy detail, and he took some X-Rays.

After checking out the X-Rays and happily informing me that I didn’t have any broken bones (which I kinda already knew), he told me that my knee pain was simply the result of muscular weakness in my quadriceps. According to his explanation, my knees weren’t functioning properly because the muscles surrounding the joint weren’t strong enough to support my body. Keep in mind, this was around the time when I was squatting and deadlifting close to 700 pounds, cleaning 400 and snatching 300 any time I felt like it. My thighs looked like pregnant watermelons. I explained this to him very respectfully, trying to humbly convey that I doubted the diagnosis of my knee pain being caused by weak muscles. At this point, he extended his own leg like it was loaded on a spring and pointed at his vastus medialis, barking at me, “Feel this! Go ahead boy, feel it!” So I poked his leg (my finger touched bone), and he said, “You see? My muscles are tighter than yours! I go biking every day! That’s why! Trust me son, your knees hurt because the muscles are WEAK!” This was a seventy year-old man with an ass that started at his lower back and ran straight down to his ankles. He looked like a pair of pliers with pants on, and he was claiming to have stronger leg muscles than a superheavyweight Olympic weightlifter. We’re talking about a board-certified physician with award plaques all over his walls, too. I went back to the gym and told connection woman to suck it.

I left his office the same way I’ve left most doctor’s offices when I had a weightlifting-related injury, without a damn bit of useful information. I probably went to see doctors eight or ten times for various things during the top years of my career, and every one of them was a waste of time. Many physicians just aren’t prepared to deal with athletes who are as specialized as we are. For crying out loud, I went to another doctor for a bad wrist injury once, explaining to him clearly that I was a competitive weightlifter. He asked me, “Well, can you just lift on machines from now on?” Yeah, thanks Doc. I’ll start snatching on a Bowflex.

These people are obviously qualified to practice medicine. They wouldn’t be licensed otherwise. And they have the answers to a huge number of questions regarding your health. Don’t think I’m dissing doctors, because I’m not. They can save your life. My point is that very few of them have a strong grasp of what goes into the training of a serious weightlifter. They aren’t equipped to give you the type of specific guidance you need about how you can get through (or around) your injuries and continue training, and it’s discouraging for a lifter when you can’t find answers that work.

But I used the phrase “very few of them” above because I’ve also learned that there are some exceptionally knowledgeable and helpful sports doctors out there who can basically pull your hind parts out of the fire. Over the last three years, I’ve been working with a clinic that has a staff of five doctors who specialize in the treatment of athletes. It’s been the biggest breath of fresh air in my lifting life. These cats are sharp, easy to understand, and they know exactly how to deal with the demands of what I do as an athlete. Their input is sensible and their attitudes are always optimistic about the possibility of being able to lift successfully after recovering from whatever the injury is. I follow these guys like a religious wacko. If I went to their clinic and they were mixing up a big pot of Kool-Aid, I would whip out my Thirstbuster mug.

So if you’ve been the victim of some frustrating useless advice like the stuff I got from Dr. Bonequads, don’t jump ship on the whole medical field. Even though you’ll come across some kooks who want to treat your patellar tendonitis with anti-depressants and a colostomy bag, you can still find those godsends that will actually put Humpty Dumpty back together. You never know, they might even have some maneuvers that could save you from early retirement. Wouldn’t that be cool?

portugal joao casqueiro
LOL, same here. I dislocated my right shoulder in 2009 and no doctor helped me to recover the problem with surgery.
I can't do full snatch do to shoulder instability
Eric W.
How did you come about finding the doctors with the answers you were looking for to get you back in the game? Thanks,

Matt Foreman
I coach football and I just went to our team doctors. They're the guys I referred to in this post. I would suggest going online and trying to find some kind of sports medicine center in your area. They'll either have physicians on their staff who work specifically with athletes, or they'll be able to refer you to somebody good.
Lisa P
@Matt I even went to a sports medicine center in my area and got the same run around. My doctor said I obviously looked, "athletic" but because of my size and what I explained to her I was doing she told me she didn't think I had the right build for it. It's frustrating when you go see a doctor and you automatically feel like you are on the defensive or that you speak a different language than they do.
Francis Phillips
My daughter is currently working on her doctorate in physical therapy. I keep sending her links to the more interesting items on Greg's web page. She doesn't quite appreciate the benefits of Olympic lifting, still thinks that full squats are harmful, and doesn't think that snatch presses do any good. I am not giving up on my information feeds to her. Maybe one day she'll be the "go to" doctor for Olympic lifters.
Brian F
I just got the SAME EXACT THING from my doctor! Just out of curiosity . . how did you rehab your knees? :-P
Matt Foreman
In my particular situation, I had a ligament tear that I didn't even know about. I was able to lift successfully with it for a long time because all of the muscles around the joint were strong, but I eventually had to bit the bullet and get surgery. If you get an MRI and it doesn't show any structural damage, I would recommend getting in touch with a physical therapist and letting them put you on a plan. Those guys (and gals) can work wonders.
Brian F
Thanks Matt. In my case the doc is saying that it's probably "roughness" under the knee cap causing inflammation. But his advice was the leg extension machine and not squatting. That's a big no on both of those. But I will take your advice and seek out a sport-centric PT and see what they can do for me. I know I'm getting up there (38), but I feel like I have at least a few more years before I fall a par :-P
Brian F
fall "apart" that is.
Todd Stoddart
I am a general surgeon and avid, though poor, lifetime lifter in a smattering of disciplines. What the athletic population in general needs to understand is that most of our training is geared towards identifying diseases that lead to ill health. Starting off in the 99th percentile of the population ensures that your average doctor will look at you funny when you describe your problem with snatching 300 lbs. We are best able to help those in the bottom 5%. Everybody else is good to us. You need a very specialized physician to help above average people be better at what they do. And there are so few of you, that making a career out of it is virtually impossible but for a select few. If you are truly looking for a physician to help, seek out someone with direct experience with elite athelites. Everyone else is just going to tell you that you are healthy or feed you a line of BS!
A.J. Borja
This is relieving to know that others have experienced the same problem I have had within that last couple of years. Till this day I still do not have a solid diagnosis as to why my knees have taken so long for me to get them back to 100%. I do know, however, that a major gout attack had them swollen as big as watermelons that kept me from bending them for three months. Never been the same after that and docs could never understand what I was describing could not just be resolved by just changing my eating habits because I have made some significant changes to my lifestyle including what I put in my stomach. After reading this article it gives me hope to find someone who can help. Thank you.