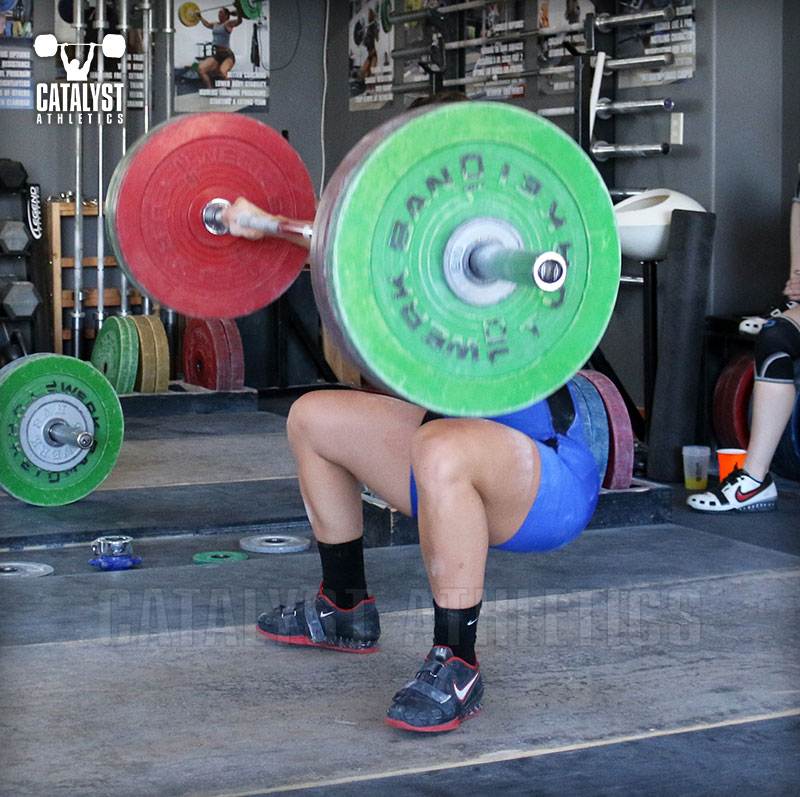 Let me tell you about a little conversation I had recently. This is an exchange between me and one of the gals I coach after she attempted a heavy snatch and missed it.

Me: “Okay, do you know what you did wrong on that one?”

I love people. They’re my favorite.

We all know things aren’t always going to be perfect, right? We’re going to miss attempts occasionally, have bad training sessions from time to time, or maybe even perform badly at a meet. I think we all understand this.

But I’ve had something on my mind a lot lately. You see, I’m a pretty big believer in the idea that you should always try to find the reason why a bad performance happened. There has to be a cause for everything. If you have success, the cause was good preparation and execution. That seems like solid common sense. But on the other hand, it also means that if you screw up, there has to be a cause for your failure.

You tried something, and it didn’t work out. So after you’ve cried, gotten drunk, lashed out at a few loved ones and destroyed your relationships with them, kicked your pets, thrown your lifting shoes in the trash, kicked holes in drywall and all the other stuff you do after a bad day (or maybe those are just the things I do), you should ask yourself a very simple question:

“Why did this happen?”

First of all, you have to try to answer this question after you’ve calmed down and your emotions are level. If you try to analyze the cause of a bad performance when you’re still in a highly irritated state of mind, it might come out sounding like this:

“Why did I have a bad day?! Because I’m a FREAKIN LOSER, THAT’S WHY!! I’M HUMAN DIARRHEA AND NOBODY WILL EVER LOVE ME!! REDRUM!! REDRUM!!”

I’ve done this myself, believe me. I’ve never thought I was ugly because there’s just too much evidence to prove otherwise, but I can definitely relate to having a turbo meltdown. Personally, I think the first step is to wait until you have a clear head.

Once you’ve done that, finding the cause of a bad performance can be very simple in some cases. Here are a few no-brainers that can explain your horrible lifting pretty easily:
- You got sick.
- You lost a bunch of bodyweight.
- You were trying to fight through an injury and it wouldn’t work.
- Some bizarre technique problem popped up and you couldn’t get it straightened out.
These are things that will almost always lead to Craptown. However, this is where it gets interesting because we can also look at some other situations that could potentially cause a bad performance, but maybe not for everybody:
- You’ve been seriously stressed at work.
- Your relationship is in the toilet.
- You’ve experienced the death of a loved one.
- You’ve got some other kind of heavy personal stuff going on, and it’s mentally wearing on you.
Some people fold up when they experience these predicaments, but other people turn them around and use them as ammunition. It really depends on the individual. One lifter might crumble from these things, and another lifter might step up and perform stronger despite them. This is where you start to see how personality differences are often the dividing line between who moves forward and who gets left behind in our sport.

There are some other considerations that might be causes for bad performance, but I think you have to be careful with these:

Some of these could be legitimate reasons for poor lifting. If the platform surface was like an oil spill and nobody could get any traction, or if you were trying to snatch on a powerlifting bar that literally wouldn’t spin at all, those are valid obstacles that could lead to missed attempts. But be careful, because you can easily shift from “finding reasons for bad performance” to “making excuses and whining.” If people around you were loud and distracting, then it’s your job as an athlete to block it out. If you have to wait a long/short time between attempts, it’s your job as an athlete to find a way to stay mentally sharp and physically warm. If it’s too cold or hot, you’ve just gotta deal with it and get your work done regardless. There’s a big difference between a genuine performance wrecker and a moderate complication that you could conquer with some mental toughness and discipline. You should always err on the side of taking responsibility for things instead of pointing fingers.

If you’ve wracked your brain looking for a reason behind your lousy day and none of these types of things fit the situation, you might have to start looking at something related to your training program. Is there something problematic with your workout routine? This is where it gets really juicy, because it takes a lot of analysis to figure this out and you have to have the experience to know the difference between a good program and a bad program.

There are a million variables to look at when things go sour. If you’re smart, you’ll always be trying to find the cause of your bad days so you don’t just continue to do the same damn thing over and over. Will there be occasions when you’ve analyzed it a hundred times and you still can’t figure out exactly what happened? Sure. Sometimes…rarely…you can’t find exactly what the problem was. It was just a bad day, plain and simple.

Fred_A
this reading really helps, i just had one of these training days, Wednesday to be exact!!! thanks for taking the time...