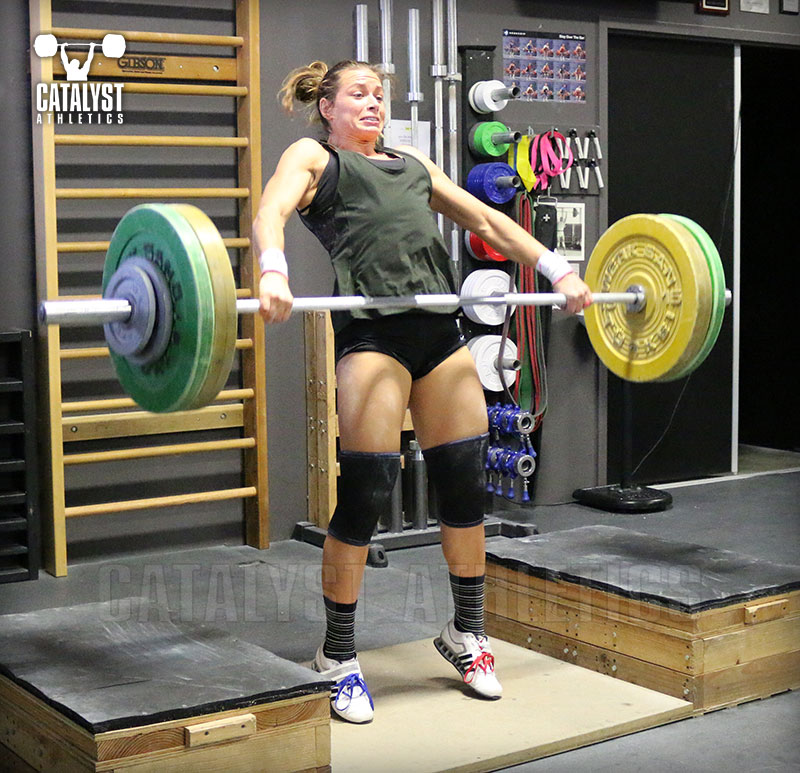 Here’s a little story for ya…

I competed in my first powerlifting meet when I was fifteen years old. Back then, I was basically a hick from the mountains who came to the city to lift against the big boys. I never had any coaching or instruction. Hell, I taught myself to lift from looking at pictures in magazines and books. I was nervous as hell before the meet, so I was pacing around the warm-up room all morning as the start time approached.

There was a guy at this meet who was one of those older, national competitor types. A real hardened veteran who could squat and deadlift around 600 in the 181 pound class, benching around 400. He was the strongest man I had ever seen at the time, and he must have noticed that I was skittering around the place like a jackrabbit on meth. When I walked past him, he said, “You should sit down, junior. Get the weight off your legs.” It was pretty cool, an old pro tossing a little advice to a kid who was pissing his pants and didn’t have anybody helping him. I appreciated it, and I did exactly what he said.

This was unsolicited advice. I didn’t know the guy, he didn’t know me, and I didn’t ask him for help. But he gave it to me anyway.

Giving unsolicited advice to people can be a double-edged sword in the weightlifting business. There are times (like the story I just told you) when it’s great, very thoughtful and helpful. However, there are other times when it doesn’t come across very well.

Here’s another story. Flash forward a few years from that first meet I told you about. By this time, I had converted to Olympic lifting and worked my way up in the sport a little bit. I was snatching 110 kilos at 88 kilo bodyweight and qualifying for my first national meet within my first year of training, so I wasn’t some dumb hayseed anymore. So…I was in a college weight room training one day. I was nineteen at the time and I was doing some snatches, working with around 100 kilos.

At some point, some guy who was a football player at the college walked over to my platform. He looked a couple of years older than me, probably about fifty pounds heavier, and he said, “Hey dude, you’re pulling too much with your back.”

“You’re pulling too much with your back when you do those lifts,” he repeated.

“What do you mean?” I asked (HUGE mistake). He proceeded to give me a confusing, ridiculous coaching explanation of how I was snatching incorrectly. I listened for a minute, and then just went back to my workout…while he continued talking. At one point, he even grabbed an empty bar to show me the proper movement. And yes, it was painfully obvious that this guy’s technique was disgusting. But he was determined to coach me, regardless.

As I said, unsolicited advice goes both ways. The first story was a positive example of it. The second one is clearly in the opposite direction.

Ever had this happen to you? You’re in a gym, doing your own workout, and somebody approaches you. You don’t know this person, but he/she starts giving you instructions on what you should be doing. They tell you to change your squat stance, adjust your grip on the bar, etc. You didn’t ask them to work with you, but they’re doing it anyway.

I guess this is when I realize that I come from a generation where things were a little different than they are now. Walking up to a stranger and giving them uninvited coaching was a major no-no in the lifting environment I grew up in. You see, most of the guys I trained around when I got started were grown men who had several years of experience in the game, so they had a pretty old-school mentality about how you should act when you’re in a gym. There were unwritten rules back then, and one of the biggest ones was that you don’t butt in and start trying to coach somebody if they haven’t asked for your help. The situation where the older guy gave me a tip at my first meet…that’s different. I’m not talking about giving a young kid a quick pointer. I’m talking about stepping over the line into somebody else’s lifting.

To this day, it still bugs me when I see it happen. If I’m in a gym where I’m the coach and the program is my responsibility, I make sure it doesn’t happen.

Your age and, frankly, your physical size seem to be factors that contribute to it. If you’re young, or if you’re not a big colossus, people think you’re an easier target for their drive-by coaching attempts. I also think it’s worse for women. Hell, I used to train with a gal who had made a half dozen world teams and broken some American records, and I sat there and watched one day while some jagoff tank-top guy came over and tried to tell her how to lift.

Let’s say you’re an experienced lifter/coach with some expertise, and you’re in a gym where you see somebody doing something that’s totally wrong and possibly dangerous. Is it wrong to walk up to that person and say, “Hey, I don’t want to be rude or anything, but do you mind if I give you some advice?” Not really. You’ve asked politely. That person might look at you with obvious interest and gratitude and say, “Yes! Please, help me!” At that point, everything is cool.

Personally, I wouldn’t even offer the advice in the first place. It’s not because I’m rude or because I don’t like helping people. It’s because I don’t have a free pass to look at the world like it’s my personal coaching garden. Nobody does, no matter how accomplished or talented they are.

Plus, that person might already have a coach. If a coach is working with a lifter, and you approach that lifter to get involved with what they’re doing, you’ve stepped over the line. In the gyms I grew up in, that was potential grounds for an ass-ripping (and possibly an ass-kicking).

I guess this just comes down to basic common sense and manners. We all know the age of the internet has made everybody think they’re a coaching expert. If you combine that with a shortage of simple social skills, you’ve got one annoying mofo.

We all know the type of mofo I’m talking about. Just don’t be that mofo.

Greg Everett
I went up to Oregon a number of years ago to train someone, and we were working in a typical gym. One of the members approached the client I was training and started giving him all kinds of advice, mostly regarding how he should not squat the way I was having him. My client was a pretty intense guy, and lit the advice-giver up for a few minutes, saying stuff like, "Do you even know who this guy is?!" One of the funnier moments I've had when training people.
Colin
I was out of town last week and had a workout at a YMCA. After completing a set of jerks from the rack, one of the trainers came over and explained to me how I would get better muscle stimulation through the shoulders if I didn't "cheat" the weight overhead. I thanked him for his advice (he really wasn't wrong), and continued to do what I was doing.