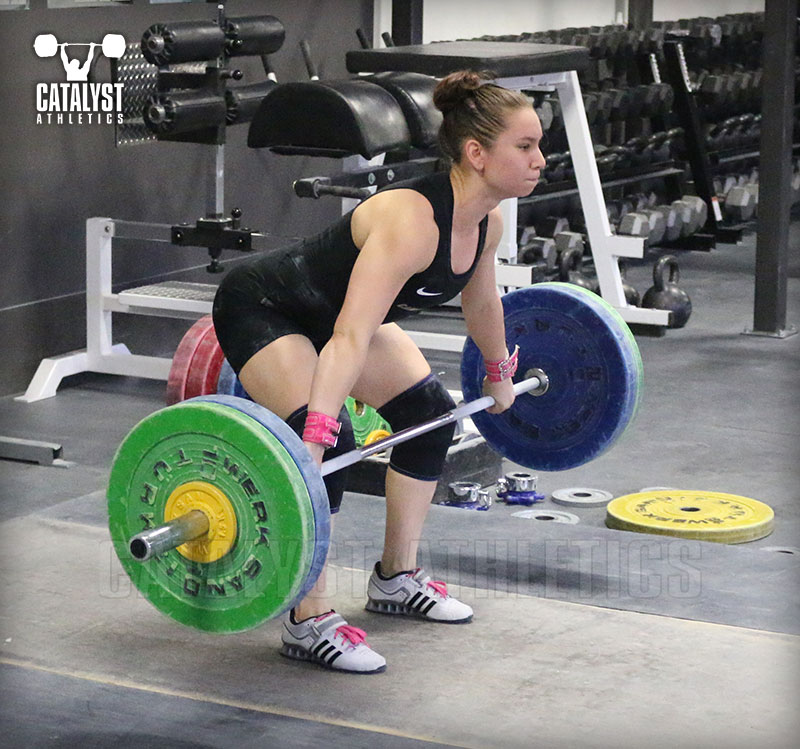 What does it mean for someone's lifting if their mid-thigh/high-hang snatch is equal to that of their floor snatch, and substantially higher than snatches from any other position? I'm a bit of an oddity in my gym. I've always gotten my best results approaching the lifts from a forefoot dominant position, as opposed to the accepted "American(?)" style of, "Weight in the heels, hinge at the hips, and punch up from the power position."
I wouldn't call lifting from the heel "American" - I'm American, and plenty of other American coaches teach the leg drive through the forefoot.

Regarding your question, obviously there is an issue, either technical, strength or both, in the pull from the floor to mid-thigh. Based on what you're saying, I'd guess you're trying to get too far back on the heel in the first pull, and then shift into that more forefoot-dominant position, which won't be easy to do properly. Maintain balance across the foot just slightly behind mid-foot and then let the pressure move to the balls of the foot as you push off in the second pull - don't actually shift your weight over the balls of the foot - those are two different things.

Jason
I just really fucking love your website and articles. Thanks so much.
B Wise
Thanks. Extremely informative. Cleared a lot of things up.