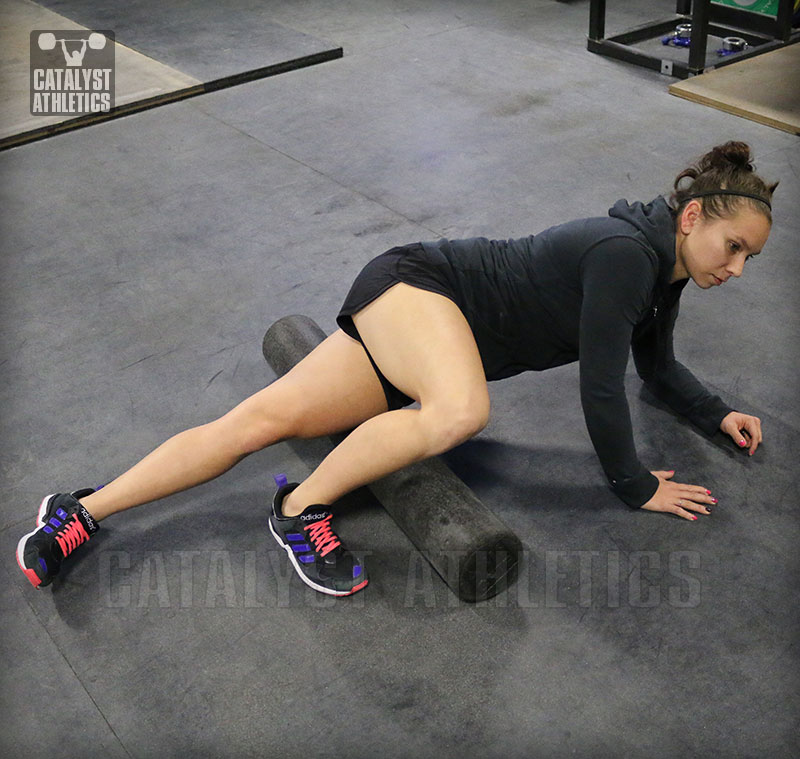 There are things that come and go quickly in training, and there are those that stick around for the long haul. The former are usually the shiny, exciting new tricks that never actually work the way the pusher promised. The latter tends to be simple, unglamorous, boring, utilitarian work that actually produces results. Pre-workout foam rolling fits into this latter category for me.
There is so much back and forth about what works and what doesn’t, why things work or don’t, why some things are guaranteed to kill you instantly if you’re stupid enough to do them… and the majority of the time, these discussions never involve any legitimate experience with the topic at hand.
I’m confident that at least a few readers will know of some research that shows that pre-workout foam rolling causes an immediate 100 kg reduction in squatting strength and increases the likelihood of contracting gonorrhea by 300%, so let me just assure you right now: I don’t care. I’ve seen it work with my weightlifters and myself for years now, and I’m not interested in debating some ambiguous and minor points from research I’d be willing to bet was poorly conceived and executed at best. Practical experience is infinitely more valuable to me than research when it comes to these kinds of subjects.
Now that you have a better sense of my charming personality, let’s get to the practical information.
The following foam-rolling series is what I recommend as part of your warm-up for weightlifting training sessions, although it’s appropriate for most training. If you do any initial monostructural warm-up (e.g. rowing or cycling), this rolling would follow that; if not, it’s your first task aside from rubbing yourself down with chemical heat and consuming obscene amounts of caffeine. Rolling should precede your dynamic range of motion and barbell warm-ups.
When rolling pre-workout, take 10-15 relatively light, easy passes and don’t spend a lot of time in any single area. Use a black foam roller: this is dense enough to create enough pressure for even the big guys, but not so hard that the pressure is excessive. This is not the time for PVC, rumble rollers, balls, barbells, or whatever crazy medieval torture devices you guys come up with to roll around on.

This should be an essentially painless process—you can get more aggressive and focused after training and on your rest days. This entire series should take only a couple minutes. Get it done and move on. No phones allowed.

(Don't freak out - there is a video below)

Thoracic Spine
Lie on the roll with it perpendicular to your spine. Begin with your arms across your chest loosely and roll the length of the T-spine a few times, allowing yourself to relax progressively more around it each pass. As you loosen up, bring your arms straight back (as if in an overhead position) and continue with a few more passes. When you’ve cracked a popped a bit and feel better, lie still with the roller near the bottom of your T-spine and relax, letting your arms hang toward the floor. After several seconds, move the roller up a bit higher on the T-spine and repeat in 3-4 spots.
Underarm
Roll to one side with that side’s arm still overhead and make a few passes along the back edge of your armpit, hitting the muscles that attach up under the humerus. Twist a bit every couple passes to hit multiple aspects.
Glutes
Cross one leg over the other knee and sit the glute of the crossed leg on the roller, supporting yourself with the uncrossed leg and 1 hand and leaning to put pressure on the lateral glute. Do some short passes, rotating and tilting to different degrees to hit the glute from different angles. You’ll likely find a position that gives you the best result—use that as your default and spend most of the time there, but still shift a bit for more coverage.
Hamstrings/Adductors
Roll off the foam onto your butt and slide the roller over so it’s under the hamstring of one leg. Internally rotate the roller leg (turn your toes to the inside) and push up onto your hands so that the pressure is on the inner hamstrings and adductors. Roll primarily near the origins (closer to the pelvis), but you can cover the whole length of the thigh. After a few passes, turn the toes straight up and hit the hamstrings down the centerline, and then turn the toe out to the side and lean a bit to hit the lateral hamstrings right up to where they meet the IT band.
Quads
Flip over and lie with both thighs perpendicular to the roller. Make a few passes along the midline of the quads (guys use caution as you near the tops of your thighs). If you need some more pressure, lift one leg so your weight is on the other entirely. After this, shift your hips a bit and spread your legs as far as you can while keeping both on the roller, rotating your legs so that the VMO of the one you’re turned toward is resting on the roller. Make a few passes from the VMO up along the adductors, then alternate sides.
Next, roll to one side so that the roller is under the lateral quad of one leg. Start along the bulk of muscle that folds into the IT band but don’t grind on the ITB directly. After a few passes, rotate a bit to get more of an oblique aspect of the quad, and keep making passes along a few different aspects moving from lateral back toward the midline of the quad.
Additional Areas
The previous is generally enough—this gets all the major relevant areas in a couple quick minutes. If you have specific issues in other areas (e.g. pecs, calves), by all means target them, but again, this isn’t the time to do deep, aggressive focused work—save that for later.
If you’re not foam rolling before your workouts already, give it a try. If you don’t find it helpful, don’t bother. If you do, join me in ignoring arguments about it.