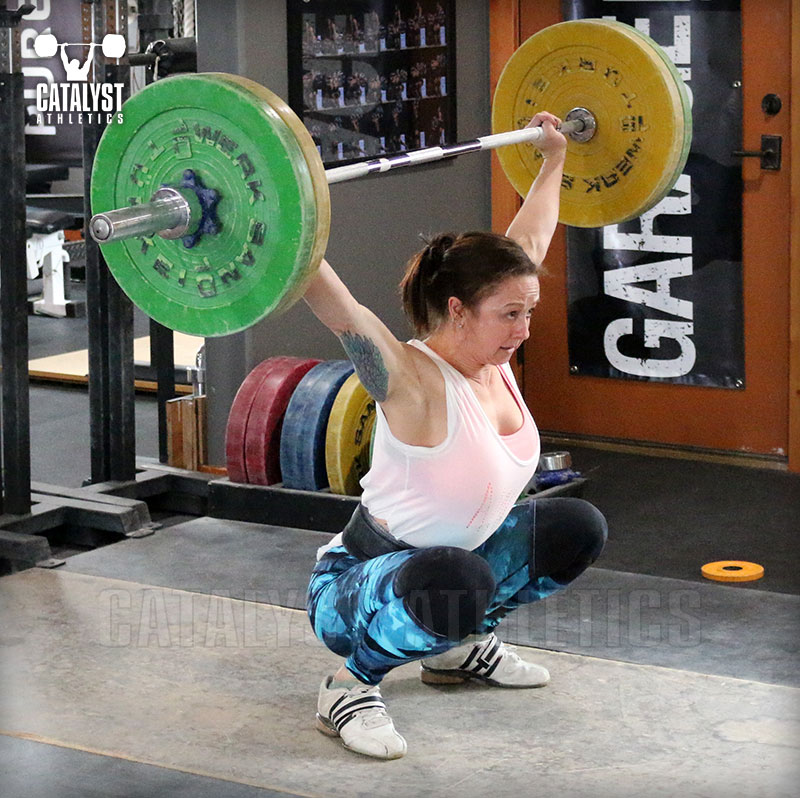 A lot of people are attracted to weightlifters. We’re pretty hot, so we’re often in demand for relationships.

Unfortunately, it doesn’t take long to figure out that we’re a major pain in the ass. Sometimes it becomes obvious on the first date, when we refuse to do anything that involves long walking or standing on our feet. Other times, it takes a little longer. Like when somebody asks us to skip a workout and we act like they just asked us to throw a baby off a bridge.

For some of us, the solution seems obvious: “I’ll just date other weightlifters! They’re the only ones who really understand me!” This has the potential to be successful, and it has equal potential to blow up like a hand grenade because you might be simply taking two irritating buttholes and locking them in a house together. Love might happen. Diving through a plate-glass window to escape might happen, too.

Some of you are dating weightlifters, and I’ll get to you later. The ones I mainly want to talk to are those of you who are in relationships with non-weightlifters (which is probably a lot of you). Let’s just go with a list of tips, shall we?

1. The “support” thing? That’s a two-way street Listen, I know you’re a weightlifter, and the sport is incredibly tough, and training is demanding, and competition is consuming, and there are countless things you have to do outside the gym to be successful, etc. But you can’t get carried away with that and start thinking your weightlifting is more important than what your partners have going on in their lives. It’s not just THEIR job to support YOU in your weightlifting. It’s YOUR job to support THEM in their lives, too. Weightlifting can turn you into a selfish jackass in the blink of an eye, so keep yourself conscious of that and remember there’s no way a relationship can go the distance if both people aren’t getting what they need.

2. They have to at least be cool about weightlifting, even if they don’t love it If your partner doesn’t want to try lifting, doesn’t become a fan of the sport, doesn’t have a huge interest in your career, etc… That’s something you can live with. But it’s very difficult to live in a situation where your partner is discouraging or disrespectful of what you’re doing. If you’re with somebody who just openly has a lousy attitude towards your weightlifting life, that’s going to make for some dicey moments. If you're not married to this person yet, give it some serious thought because you're learning something pretty important about their personality that's going to matter a lot down the road. If you’re married to this person, you've got find a way to get them to support you. If they won't, you've got three basic choices:
1) Divorce them.
2) Quit weightlifting.
3) Keep doing what you're doing and trying to get them to change their attitude and if they don’t, that’s their problem.

3. Make the effort to let them be a part of it For God’s sake, don’t develop a completely separate life at the gym and deliberately exclude your partner from it. Even if they don’t want to come to the gym with you (which is totally understandable and probably a good idea in many cases), at least let them be a part of it when you come home. Talk to your partner about your lifting. Share stories about what you’re doing. Tell them about the people you train with. Let them feel like they’re not completely on the outside. Your weightlifting is a huge thing. Why would you want the most important person in your life to be totally shut out of it? NOTE: You might try to talk to your partner about your weightlifting, and they might not give a crap. If that’s the case, you tried. They can suck it.

4. Most people don’t enjoy being around irritable jackasses who yell, throw tantrums, act pissed off all the time, and kick things in the house after a bad workout Actually… I don’t think I need to explain this one further.

1. Function separately in the gym If you both train in the same place, get out of relationship mode and punch into weightlifting mode when you get to the gym every day. Support each other and have great camaraderie in the gym, like you do with the rest of your training partners. And it’s okay to still act like you love each other. But DO NOT suck face and dry hump each other between sets, and DO NOT bring your fights into the gym.

2. Communicate really, really, really, really well about what you both expect from each other I know an extremely smart athlete who has previous experience in this department, and she once told me, “There can only be one champion in the house.” Her point was that when two athletes are in a relationship, one of them often gets forced into the support role. In other words, one partner maintains the big-time status, and the other one turns into a kind of assistant, helper, etc. The helpers probably wind up sacrificing some of their own goals to help the champions get to the top. I think it can easily wind up like this, but it doesn’t necessarily have to. Right here in US weightlifting, we’ve got examples of couples who both continue racking up championships with equal success. They’ve clearly found a way to make it work. So that means there IS a way. I think it just requires great communication skills on the part of each person. Just try talking to each other, and listening.

There’s more to say about this, obviously. A lot more, really. But I’ll keep it short here. I’ve got plenty of personal experience with all sides of this, and my basic opinion is that all relationships are going to require a lot of effort on both sides, whether anybody is an athlete or not. Just be kind to each other, tell the truth, stay loyal, don’t expect perfection, work hard to make the other person happy, tell them you love them, and don’t make a big deal out of things that aren’t a big deal.

And finally, clean up after yourself and put your crap away. You’d be amazed at how many fights that will prevent.

Love The One You're With: Appreciating What You Have
Matt Foreman | Editorial