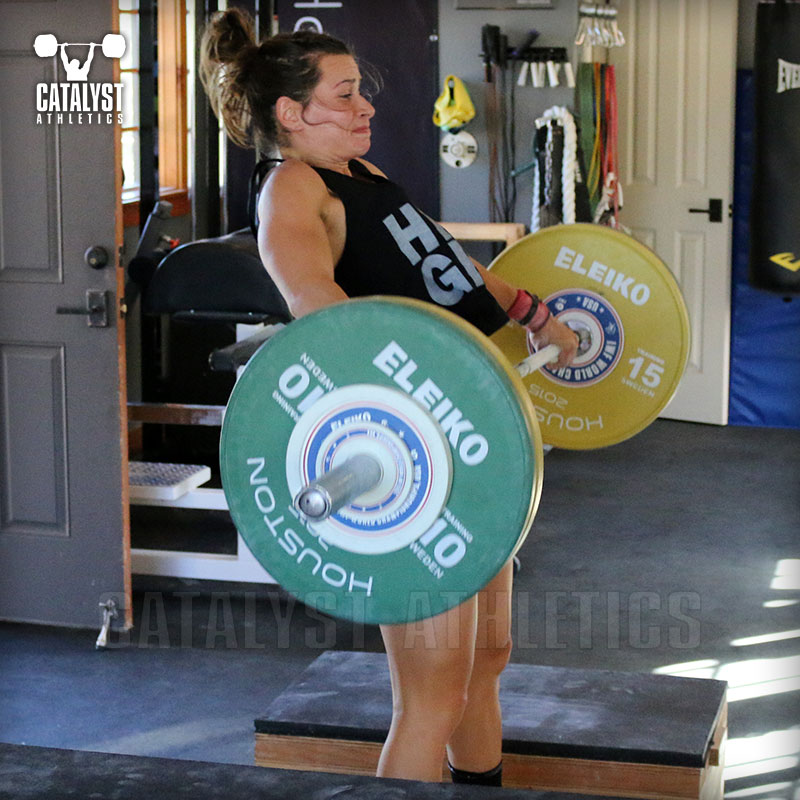 With average people, the trick is persuading them to work hard enough; with good weightlifters, the trick is convincing them to avoid doing too much. A motivated athlete who enjoys training will always tend to train too much, too hard, too frequently. There’s a lot to be said about this level of motivation and work ethic, but often it actually becomes counterproductive for clean athletes, who more often than not also have to be able to manage jobs and other stressors outside of weightlifting.

The perfect training program is the one that elicits the greatest possible improvements in the least possible time, not the one that forces the athlete to do more than everyone else. I was asked on a podcast recently what I thought the biggest mistake new lifters make is, and one of my top three is doing way too much. It’s so easy to get excited about training when you’re bombarded by novel exercises and ideas from the billion expert weightlifting coaches online, and it takes discipline and a solid understanding of what you actually need and what actually works for you to avoid falling into the trap of doing ten of everything you’ve ever heard of.

The perfect training program is the one that elicits the greatest possible improvements in the least possible time, not the one that forces the athlete to do more than everyone else.

First and foremost, every weightlifter varies in the amount volume that is most productive for him or her, and there really isn’t a formula for calculating this. We can make general predictions based on factors like age, gender and training experience, but these are simply starting positions and guidelines—in no way should they be considered rigid prescriptions.

So how do you know if a lack of progress is the result of doing too much or too little? This can be tough. I always recommend lifters begin on the conservative side with fairly low volume and gradually increase it, gauging the effect at each stage. If progress continues, and ideally continues to increase in rate, you’re on the right track. If progress begins to slow or stop, and/or the athlete is consistently tired and unenthusiastic about training, you’ve gone too far and need to dial it back to the volume range in which you were seeing the best results. It’s not a quick process, obviously, but neither is being good at weightlifting.

The good thing is that once you have a good sense of the kind of volume you or your lifter is most successful with, you’re set for a while. With younger lifters developing over time, volume will generally need to increase gradually until reaching its peak. As lifters age, volume will need to begin decreasing to continue achieving maximal results. The only time it’s going to need to change in the relative short term is if there are some obvious significant outside stressors that need to be worked around temporarily (travel, moving, changing jobs, breaking up with your significant other (except in cases when that’s a relief)… that kind of thing).

So what’s junk volume? Simple—it’s all the fluff you’ve thrown into your program that you’re doing because you want rather than need. It’s anything that isn’t contributing directly and significantly to the progress of the snatch and clean & jerk. This may change at different times—a simple example might be bodybuilding work, which early in a training phase after a major competition may be considered necessary to help prepare the joints for future heavy training; at other times, bodybuilding may just be extra work you don’t need but are doing anyway because you’re afraid of being confused for a distance runner. Another example may be competition lift variations that may be very necessary and helpful at one point, but at another are no longer adding benefit and can be dropped.

When you’re writing a program, know your priorities and understand the purpose of every exercise and where it falls on that ordered priority list—be able to distinguish the spine from the appendages from the accessories. Ask yourself whether you need it or whether you just like doing it. Ask yourself if you’d be willing to replace something important with this new thing. You may be surprised if you give yourself honest answers.

Less isn’t more—it’s less, but sometimes less is what you need. Never sacrifice your most important work for junk, and don’t let junk prevent you from progressing as much as you could.