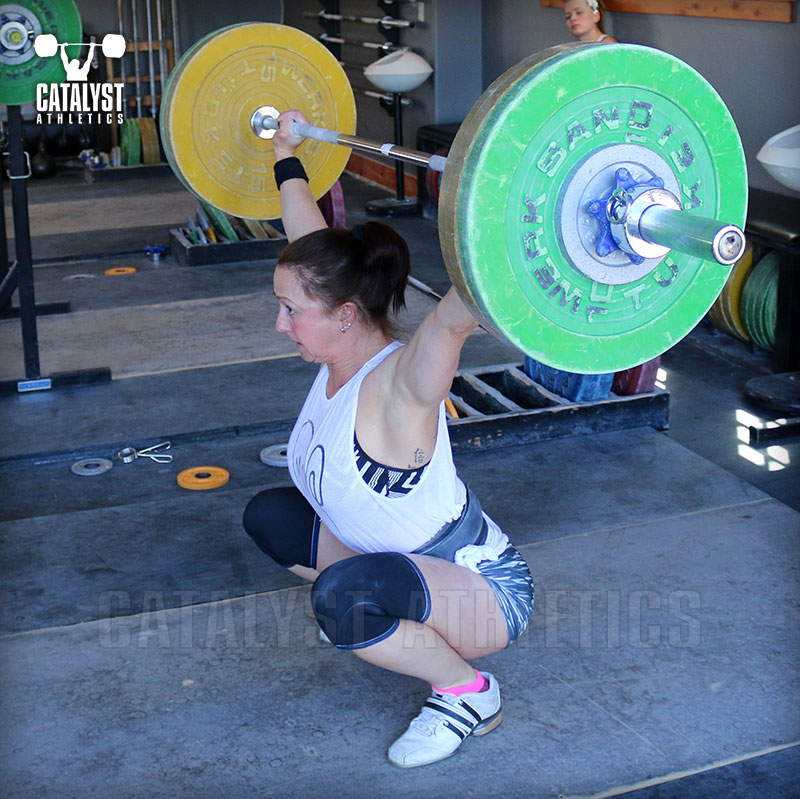 David Asks: My question is should snatch attempts be received at the highest position possible or the lowest? A brief recap of my situation is that I own and coach at an Oly lifting gym in Olympia, WA. I use your book for my technical reference text.

I have about 20-25 beginning (as in don't lift national qualifying totals yet) lifters. All have varying degrees of difficulty with the lifts, as is expected.

As I study your book, practice my lifts, coach the other lifters, watch at meets, talk with other coaches and lifters, I get different messages about the main theory of performing the snatch. The two concepts are: 1: receive as high as possible, or 2. receive as low as possible.


Greg Says: I can see where the confusion arises from, but it’s actually a lot simpler than it evidently seems. First, an aggressive and fast third pull doesn’t necessarily mean you end up in a particularly low position. Consider the turnover of a power snatch, for example; you receive the lift in a high position, but you weren’t slow or unaggressive turning the bar over. If you have a light weight, the turn over won’t move you down as much as it moves the bar up; if you have a heavy weight, the turnover will move you down more than it moves the bar up. In other words, a given turnover effort with 50 kg will have a different result in terms of your receiving depth than that same turnover effort with 100 kg; in the former case, the bar will continue moving up more than in the latter case.

The only way to change the receiving height at the same weight is to change how much upward acceleration is placed on the bar prior to the turnover. If you put maximal effort into the second pull at 100 kg and equally maximal effort on the third pull, you’ll end up at a certain height. If you want to receive the bar in a deeper squat, you’d need to reduce the effort on the second pull so that the bar has less elevation and upward acceleration as you enter the third pull.


I often say I want a lifter to secure the bar overhead as high and as soon as possible. What this means is that I don’t want them dropping out from under the bar and having it crash down onto them. If you put a lot of upward acceleration on the bar, it’s going to continue moving to relatively high position; if you then jump down into as deep of a squat as possible, you’re dropping out from under the bar—you’re not staying connected to it in order to receive it securely. This is where you get a lot of instability.

Note that this doesn’t mean you’re power snatching every lift—you’re still squatting all the way to the bottom position, but you’re fixing the bar into a secure overhead position as soon as possible during that process. You can try receiving all of your snatches as low as possible, but again, the only way to do that is to limit the power of the second pull, or to actually not complete the extension. Of course, limiting the force of the pull does need to be done to some degree with lighter warm-up weights, and that’s discussed in the book. But I don’t believe it’s a good practice because I think it creates a bad habit of not finishing aggressively. You don’t get to choose an aggressive second pull or an aggressive third pull—both are required.