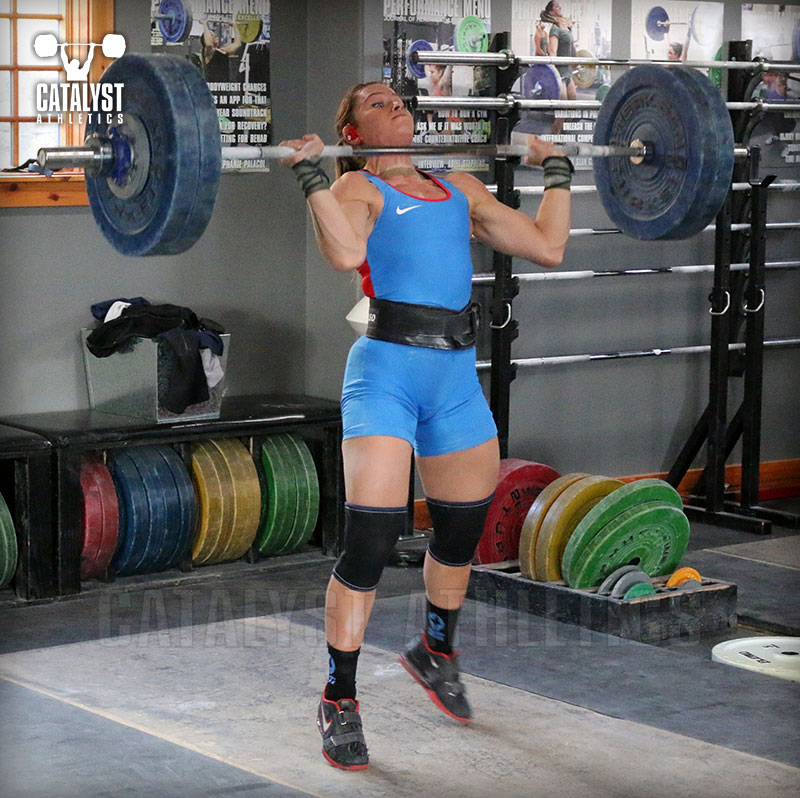 I’m going to get to the point of this one in a roundabout way, so just hang with me for a second.

For those of you who don’t know, I’m a rabid boxing fan. Not too long ago, Puerto Rican legend Miguel Cotto retired after his final fight at Madison Square Garden. A few weeks after his retirement, I read an interview with Cotto where he spoke about his career. He said the best performance of his life was a 2007 TKO victory over former champion Zab Judah. According to Cotto, “everything came together that night.”

After competing in well over 100 meets over the last 30 years, there are probably five or six of them that fit that description. I’ve had plenty of good performances and my fair share of bad ones too, but there are a handful that stand out in my memory as the days when all the different variables lined up perfectly and I walked away with that rare feeling an athlete gets after a flawless (or close-enough-to-flawless) day.

Let’s stop here and turn the focus on you. Take a second and think about the days you’ve had when everything came together. Can you put your finger on them? Hopefully, you’ve had at least a couple of performances that stick in your mind for all the right reasons.

They’re uncommon, aren’t they? They don’t happen all the time. Obviously we all know this is the life of an athlete. You don’t get things exactly the way you want them too often.

When I was in college, I took a great class on Motor Learning that was taught by a highly successful soccer coach. She was the first one who made me understand the idea of performance variables. We’re talking about the wide range of things you have to control to get optimal performance out of yourself. A list of them might look like this: And a long list of other considerations we could name if we wanted to keep going. Each one of these variables requires a lot of time and effort to nail down. Getting them all completely under control at the exact same moment… well, it’s tricky. That’s why we don’t get perfect days all the time. If any of these variables are screwed up on competition day, it can lead to poor (and possibly disastrous) performance.

Take a look at the list above and pinpoint the ones you have the toughest time with. We all have our own individual battles. I’ve known athletes who could achieve near perfection of almost everything on that list, but they still performed badly because of one big missing piece. For example, I wish I had a dollar for every time I’ve seen an athlete show up to a weightlifting meet with absolutely flawless preparation, but they couldn’t manage the unpredictable competition curveballs that frequently pop up… so they finished the day with failure.

I’ve got two things to offer you in this article. The first one is this checklist that might help you get a little closer to those elusive perfect performances we’re all looking for.

Step 1: Pick the two performance variables you have the toughest time with. If you’re a complete trainwreck and you’ve got fourteen different disasters in your athletic life, just pick the two worst ones.

Step 2: Think of two things you’re not currently doing that could potentially improve each of these problems. These might be things you’ve heard about before that you thought sounded stupid, or maybe something somebody else is doing that you’re resistant to trying because you hate that person. If you need to, type in the problem on Google and see if somebody else has put out any writing about it.

Step 3: You should now have four new ideas for better performance that you’re not currently doing. Look at each of those four things and make sure they’re realistic for your life. If they aren’t, give it some more thought/research and find something new that you could actually pull off.

Step 4: Write down on paper exactly how you’re going to implement these new ideas on a daily, weekly, monthly, and yearly basis. Go into it with the understanding that some of them might be changes you can make immediately, and others might have to happen over a long period of time.

The second thing I want to give you is a basic thought that might open up a new way of looking at this.

You’re not going to have flawless performances every time you train or compete. That’s why veterans like Miguel Cotto can look back at their careers and name such a short list of them (or maybe only one). However, the main goal of your athletic life should be finding a consistent, reliable, works-every-time system that always leads to effective performance. Develop the mentality that there’s a difference between perfect performance and effective performance. Perfection should always be the goal, and you should expect it every time. But if you wind up with effective performance instead of perfection, then you did your job and walked away with a successful day. Miguel Cotto only looks back at the Judah fight as his ultimate perfect day, but he also won 41 professional bouts. The rest of those victories aside from the Judah fight might not have been perfect, and he probably has flaws he can remember in all of them. But he controlled his list of variables enough to get the job done and finish with success. And that’s what you’re aiming for.

As I said, I’ve had five or six perfect performances in my career. But I’ve also had dozens of effective ones. That’s what you want as a weightlifter. You always want to go six-for-six (perfection), but if you wind up going four-for-six or five-for-six, that’s effective. That means you’re living the normal life of an athlete, and you’re winning the overall war.

You’ll have failures too, but you can minimize them down to a tiny level by developing a consistent, reliable system. It’ll take you a long time to get this system down pat, but that’s another part of normal athlete life. It takes time, practice, and screw-ups to reach this.

I used the phrase “control freak” in the title of this article. Obviously that’s tongue-in-cheek. We’re not trying to become neurotic or narcissistic personalities. We’re just trying to gain mastery of our sporting lives.

Keep trying, keep thinking, and don’t be too hard on yourself when you blow it along the way. Cotto lost six fights as he progressed towards the end of his Hall of Fame career (two of them by knockout). We all take our lumps. Just don’t freak out and go into a tailspin when they happen. Classify them as “temporary setbacks” instead of “life-destroying failures.” Who knows…you might wind up becoming a champion someday.