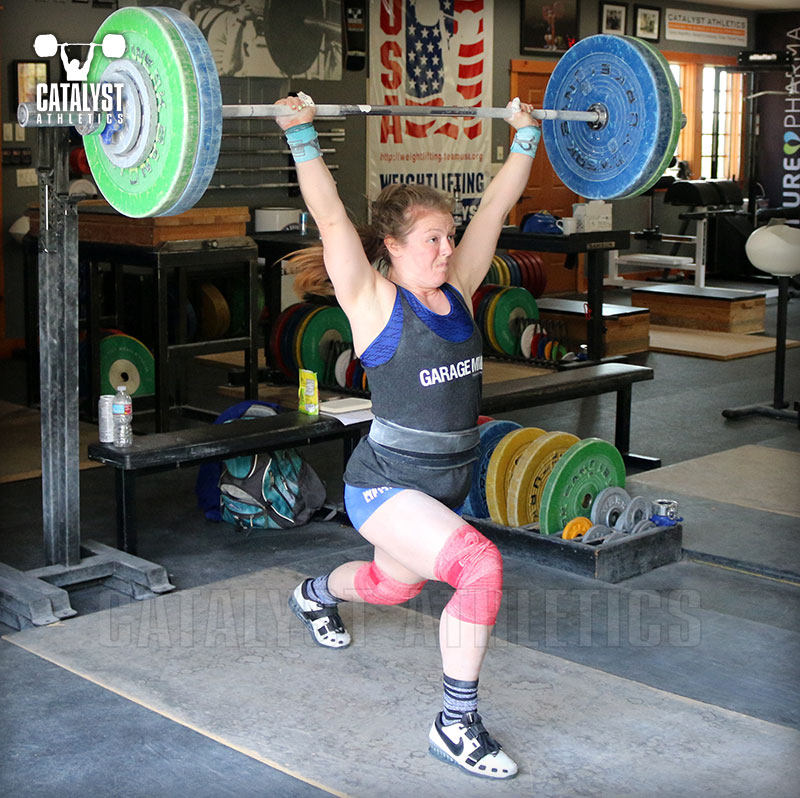 I’ve been wondering about this question for years. Still haven’t completely figured out the answer. Actually, it should be “Do Strength Sports Attract Hardcore Personalities…Or Develop Them?” Weightlifting isn’t the only naughty one.

I swear, I’ve seen some doozies during my time in the iron world. I once saw a lifter choke a guy out in the warmup room over a questionable comment that…probably didn’t deserve a choking.

I saw a 300 lb powerlifter get red-lighted on a 700 lb deadlift once, so he charged off the front of the platform and attacked the head judge (a woman). Almost got his hands on her before his coach ran out of the back and tackled him.

A coach once told me my elbow pain would go away if I hooked up a car battery to it and used the electricity to numb up my nerve sensors.

I used to know a bodybuilder who went to a horse stable and asked the owner, “Is there any way I can get the same drugs you’re giving the thoroughbreds?”

And believe me when I tell you, my friends…I could go on and on and on. I’ve got stories that would fry your brain.

Sometime in my twenties, I remember thinking to myself, “There are some frickin nut jobs in this game.” That’s when I started with the chicken-and-the-egg question. Do hardcore-maybe-crazy people migrate to this sport, or does the sport make you hardcore-maybe-crazy?

I used to think it was the drugs that did it. A lot of the guys I trained with in the early years of my career were from the old York Barbell days in the 60s and 70s. Those dudes did stuff that made my stories look like a Mormon convention. The steroids were out of control back then, along with a few other things. One of them told me once, “The juice helped, but the coke and speed really jacked your total through the roof.”

I came up in the late 80s, when drug use was still raging but not quite at the galactic level as the preceding decades. The antics I saw in my generation weren’t as insane as the stuff I’d heard about from the old days, so I just assumed maybe the pharmaceuticals were the fuel in the crazy train.

Now, 30 years later, drug use is nowhere near the level it used to be (in US weightlifting at least). So has anything changed? Yeah, it has. You don’t see a lot of the insane-bordering-on-criminal behavior as back then.

However, we all know there are still plenty of people in strength sports (and I include CrossFit in this) who are a bit on the nutty side. Hell, just think about the gym you train in, or maybe one from your past if you’ve been around a long time. You’ve seen some of them, right?

Of course you have. And that’s why this question still crosses my mind from time to time. Sometimes I think you have to be at least slightly crazy to be an Olympic weightlifter. Think about it…when normal people see a heavy weight floating in mid-air and getting ready to crash to the ground, they get out of the way. We jump under it and try to catch it.

Strength sports are intense. They’re full of adrenaline. They’re slightly dangerous. They involve pain. Emotions run at the absolute maximum. Failure happens quickly and dramatically. So when somebody decides to join one of these sports, they’re willingly signing up for all these things. That probably tells you something. You have to be a risk-taker, you have to be gutsy, and you have to be a fighter.

Gutsy fighters who take risks usually aren’t going to be mild-mannered normal people. So from this perspective, I think we can say strength sports attract a certain kind of temperament. We might not have to use the word “crazy,” but you I think you get the drift.

And once you’re in, you know how it goes. These sports can definitely make you feel like you’re losing your mind sometimes. Every single one of you knows about that, right?

I suppose the answer to the original question is BOTH. Strength sports attract hardcore personalities, and they also develop them.

In my opinion, there’s not a damn thing wrong with this as long as nothing goes too far. You know that old “everything is okay in moderation” idea we’ve all heard throughout our lives? It also applies to the hardcore personality thing.

The problem happens when it all gets out of control. Many of you can relate to this. Think about your own lifting life. Have you ever let the intensity go too far? To the point it starts to damage your personal life and relationships? Lots of heads nodding right now, I’m sure.

It’s always a battle. I once saw an interview with football legend Lawrence Taylor, who was as famous for the insanity of his private life as he was for his ferocious play on the field. He said, “When you’re on the field, you’re supposed to be an animal. And it’s hard to switch it off when you go out into the real world.” This is one of the battles many of us face in our lifting lives. Finding that balance that allows us to live our weightlifting life with the necessary intensity while still being decent human beings when we leave the gym.

Just like learning to snatch or developing leg strength…it takes time and practice, and you’ll make some mistakes along the way. The goal is to keep the mistakes as small as possible, never causing damage you can’t walk away from and always being willing to admit when you’ve been a jerk. Believe it or not, the entire world doesn’t revolve around your training. Other people around you have things going on in their lives that are just as important as what you’re doing. It’s totally possible to be a successful lifter and take proper care of these people at the same time.

Trust me, it can be done.

Mike
I trained at a big famous gym, with a lot of successful lifters. Lifters that you would think have more discipline and are above the regular weightlifter in and out of the platform.

People would spend most of their time constructing their social media facade. Looking good on instagram was the goal, lifting weights was just something done to help. Kids walked in with a rockstar attitude regardless of how good they were at weightlifting; if someone wasn't good at a particular time, it was somebody else's fault.

The problem was a justification and tolerating of this attitude. Exemplified by something you said in your article "Gutsy fighters who take risks usually aren’t going to be mild-mannered normal people. So from this perspective, I think we can say strength sports attract a certain kind of temperament." Please ... People say the same things in every sport. There was a famous cyclist (and people around him) who justified his bullshit with the same "alpha male" "strong personality" "driven person" crap. I believe his last name ended in "strong" ...

The attitude from the coaches was "follow the training program when you're here and it's all good." The thing that was missing in the whole environment was a foundation of discipline, values, respect. There was no ego checking, there were no lessons about humility, grace, or manners.

Does Weightlifting Attract Hardcore Personalities… Or Develop Them?

Yes, you could say the same thing about a lot of sports and the general business world but we're talking about weightlifting. And there are a lot of other sports were people behave better. I don't think it's because the other sports are easier or less "hardcore", maybe they just have a better culture.