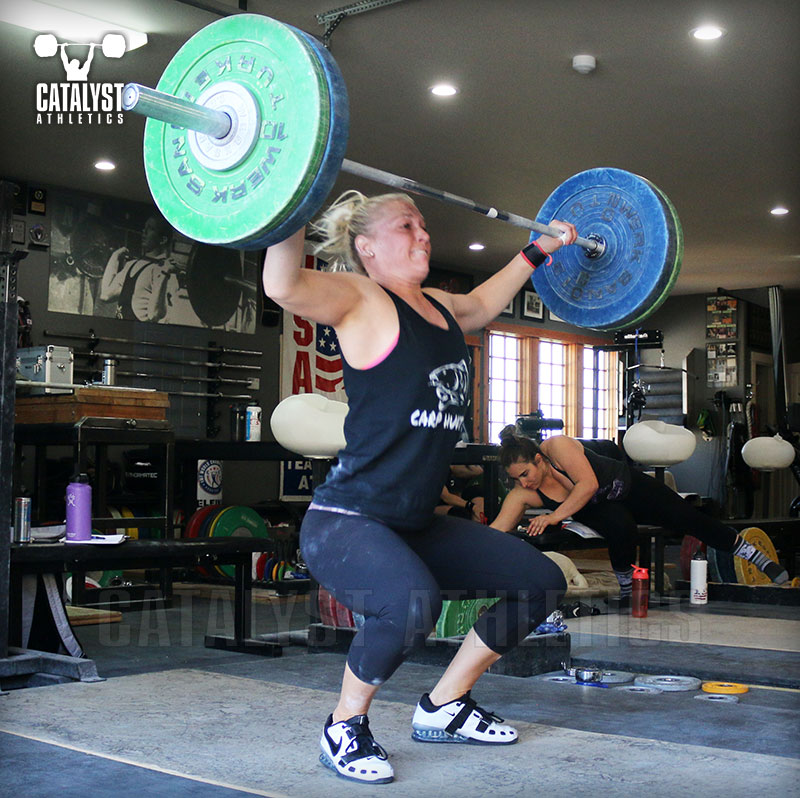 Nathan Asks: I'm a beginner coach, teaching beginners how to perform the lifts, so kinda like the vision impaired leading the blind… Kinda… We have a basic understanding and can execute the lifts with decent form and no injury. Sorry, just a bit of background

My question is.. Is there a method of teaching speed under the bar in the snatch so a beginner lifter doesn't perform a power snatch and overhead squat. Ursula mention it could be a midline issue or a force application issue. Or should I just read your books and not be so lazy? Thanks mate!!

Greg Says: The short answer is that once the basics have been learned, i.e. the lifter can get through the motion reasonably consistently, you need to instill the idea of speed under the bar as being imperative. In other words, from early on, there should be no confusion in the lifter’s mind about whether or not the pull under the bar should be fast and aggressive.

That said, you need to be careful about conflating speed under the bar and depth of the initial receiving position—they’re related in a sense, but they’re absolutely not the same thing. In fact, in the most basic sense, the faster under the bar you are, the higher the squat you’ll be in at the time you lock it out overhead or secure it on your shoulders.

Think of it this way—if the second pull elevates the bar to a given height and gives it a given amount of upward momentum, the faster you change directions and move down, the less the bar will have slowed its upward motion, changed directions and fallen back down. As a consequence, more speed under means a higher receiving position with that same elevation and speed up.

Often this confusion leads to the belief that snatches and cleans should be received in the lowest possible position, and that such a low position is indicative of speed under the bar. In fact, more often what this attempt to receive so low does is encourage the athlete to cut the extension short and rush under the bar, resulting in a failure to elevate the bar adequately for heavier weights. In the clean, it results also in the bar crashing down onto the shoulders rather than being received smoothly.

What’s needed is an explosive upward extension to get maximal elevation and momentum on the bar, followed by an equally aggressive, active effort to pull under the bar—and by that I mean to move the body under the bar, wherever it is, not indiscriminately low. This is what’s meant by meeting the bar.

The complication is that if you try to pull lighter warm-up weights as high as possible, they may move in a way that’s beyond control. You need to reduce the force you’re applying to these light weights in the first and second pull somewhat, but put maximal effort into the pull under—there’s never a reason to reduce the force or speed of the third pull. In this way, you can continue executing the motion correctly while only changing the force application, and that motor learning will then better transfer to heavier lifts. It will also reduce the height of the bar somewhat so that your lighter lifts won’t feel or look as different from the heavier ones and create confusion.

Light weights will be received in a higher position than heavier weights—there’s nothing wrong with that. If you always focus on maximal effort pulling under, staying connected to the bar so that you’re always in the correct position to meet it securely, and continuing to sit into the bottom of a squat without hesitation once the bar is fixed overhead or on the shoulders, you won’t have any problems.