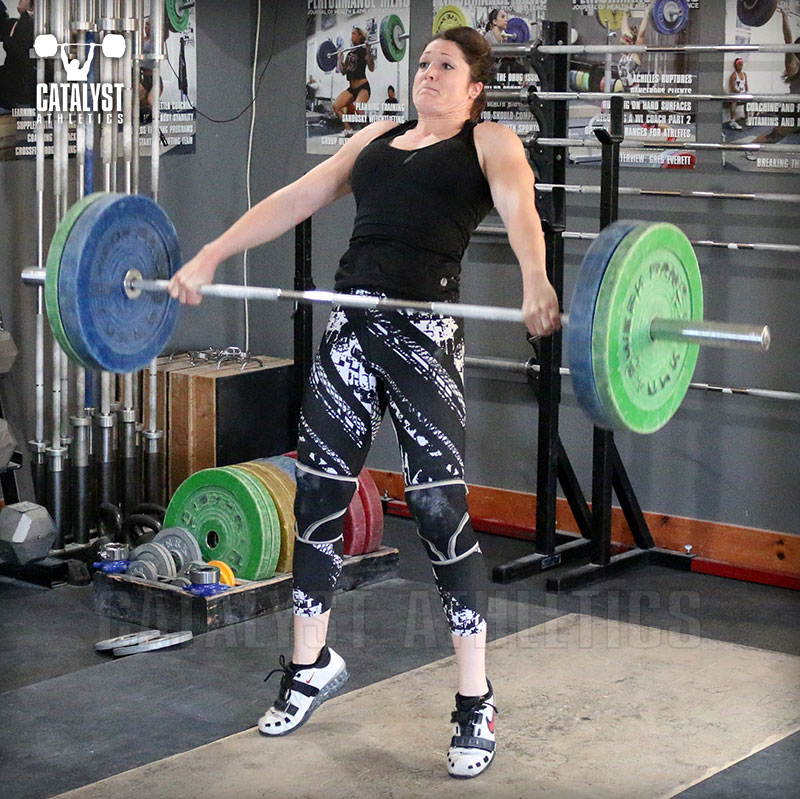 Jump has been the focus of contention in the sport of weightlifting, at least in the US, or at least on the internet among Americans, for several years (remember GoHeavy?). It’s one of a handful of things that provokes ire to a surprising degree for some—somehow it’s become a personal affront and it absolutely must not go unchallenged.

My opinion of the cue is quite a bit more moderate. I could live with or without it. I use it occasionally when I feel it’s appropriate at a certain time with a certain lifter, but I don’t think it’s always the best cue or analogy; at the same time, the idea that it’s somehow detrimental across the board and must be wiped off the face of the earth is just absurd to me.

Before we go any further, let’s get something straight: American coaches, in all their staggering stupidity, did not come up with this idea as much as some people want to pin it on them as a badge of shame. Soviet weightlifting literature contains references to jumping and exercises like jumps with the bar held in the snatch grip from the hang position dating back to at least the 1970s. So the next time you want to use the jump cue as a point of focus to make your “This is why Americans suck at weightlifting” YouTube comment, don’t—you sound like an idiot.

Those things align pretty well. The motion of the body is very similar, and it makes perfect sense to draw the analogy to help a learning lifter understand how his/her body should be acting on the barbell.


Why is a Snatch or Clean Not a Jump?

Slight Backward Orientation The first is the least dramatic, but when you pull a snatch or clean, you continue extending the hips to bring the trunk at least slightly past the vertical position you would see in a vertical jump in order to balance the system that includes a heavy barbell in front of your body.

A Heavy Barbell Next, and most obvious, is that you’re holding onto a significant anchor. I don’t care how strong and explosive you are—if you’re holding onto a bar that doubles or triples (or more) your bodyweight, you’re not going to accidentally go flying off into the stratosphere no matter how hard you try to launch yourself.

Pulling Under the Bar Finally, and most importantly, when lifting, at the moment in a jump at which you would separate from the earth and go flying away, what happens? You stop the extension of the legs and hips and actively and aggressively pull against the bar to change your direction and pull yourself down into the receiving position. In other words, you use the bar as an anchor to not only prevent that upward motion of the body off the ground that would otherwise happen as a result of what you just did with your legs and hips, but also to allow you to move in the exact opposite direction.


When is it Useful?

The jump cue is helpful when you’re working with an athlete who’s scared to use his/her legs—the one who humps the bar with soft knees, shifts forward, gets no elevation on the bar, etc. It’s an easily understandable way to communicate the need for concerted effort of the hips AND legs.

More generally, it can be helpful when teaching large groups or kids—your ability to communicate more complex ideas in these cases is limited and typically inappropriate anyway. Get people started and then work from there to refine as needed.


When is it Not a Good Idea?

In the case of an athlete who extends too vertically (i.e. doesn’t get the shoulders behind the hips in the finish of the pull), or who struggles with the timing at the top of the pull (i.e. waits too long to change directions and get under the bar), the jump cue is probably not the best approach. Just be careful to not replace one extreme with the other and end up with a kettlebell swing.


Making Sure Jump Doesn’t Fudge You Up

There are some simple rules to keep the idea of jumping from being problematic, most of which I’ve at least alluded to previously.

First, the third pull (pull under the bar) needs to be executed as aggressively as the second, and needs to be timed properly to prevent an unwanted delay and “floating”.

Second, when warming-up or training with light weights, the amount of force actually put into the “jump” motion needs to be appropriately metered. This is true whether you’re thinking about jumping or not.

Third, over time, you need to refine the motion and understanding of it. This is true for basically all sport skills. Everyone starts with fairly rudimentary patterns and concepts and over time develops more precision in both execution and conception. When a kid first learns to throw a baseball, he/she isn’t instantly able to throw an unhittable slider or changeup—over time, with practice and learning, he/she refines that basic throwing motion by learning new grips, releases, etc.

Use the concept of jumping or not, just make your decision rationally instead of emotionally. Consider the circumstances, including who the athlete is, and do whatever produces the best results. That’s all that matters.

Does it Matter When You Jump in the Snatch or Clean?
Ursula Garza | Olympic Weightlifting Technique
Improving Your Jump for the Snatch & Clean
Sergey Bondarenko | Weightlifting Program Design

Eric Morgan
I lol to the "What is a Jump" section!
Marc Cox
I was just referring to the jump/float connection this morning!
Matthew
I think to a new lifter, the jump cue is a terrible idea. It teaches this concept of UP UP UP instead of pulling yourself under. The shoulders back at the top, forcing your hips through is much better imo. But, I put up terrible numbers and have a belly, so ignore me.