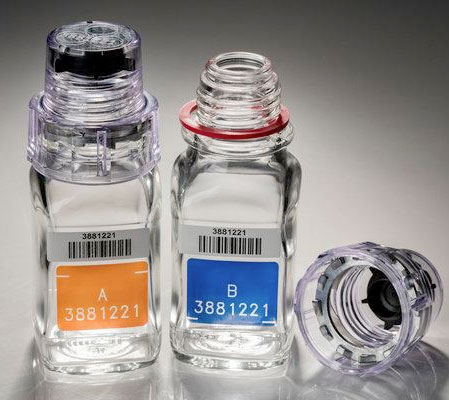 You know, there was actually a short moment in time over the last few years when drug-free lifters started to feel like they were going to get an honest shot at fair competition.

So much for that…

In case you don’t know what I’m talking about, let me break it down for you. The organization responsible for drug testing in Olympic weightlifting is WADA (World Anti-Doping Agency). They do the testing, and they suspend the cheaters when tests come back positive. If you go to their website and click on “Who We Are,” you’ll see WADA’s stated vision. It reads:

In other words, WADA is in charge of trying to keep the sport clean. And over the last few years, they’ve been on a pretty good roll. Between the rampage of positive tests (and subsequent suspensions) at the 2015 Worlds, the 2016 re-tests from the 2008 and 2012 Olympics, and a steady stream of additional suspensions from the sport’s major-violator countries, WADA has been making a significant dent in weightlifting doping for the first time in the history of the sport.

They’ve also been upping their game on anti-doping propaganda. “Lift Clean” has become a catch phrase that you’ve seen more and more. New editorials and press releases have been popping up on the internet almost monthly, detailing the fight for clean sport and the efforts to punish cheaters.

In short, drug-free weightlifting and fair competition have been hugely visible ideas over the last four years. Even for completely jaded old veterans like me, it’s felt like there was a ray of hope on the horizon for lifters who play by the rules and stay clean.

And then WADA reinstated Russia, and it all went straight in the toilet.

Here’s the background: Russia is probably the biggest doping country in the history of organized sport. Almost all of their internationally competitive athletes (and definitely all their weightlifters) are taking drugs. They’ve been able to get away with it for decades because their government pumps massive resources into cheating the testing system and making sure their athletes win championships without getting popped. None of this is any secret. Even people outside the sports world know about it. Documentaries have been made about it. Whistleblowers have confirmed it. It’s a fact.

However, WADA toughened up and finally did something about it a few years ago. Russia’s anti-doping agency (RUSADA) was officially suspended in November 2015. RUSADA is corrupt to the core (bribes, cover-ups, protecting doped athletes, etc.). As long as they’re in charge of the drug testing of Russian athletes, the cheating will continue. There’s a confirmed pattern of this that stretches back decades, and WADA was finally able to confirm it…so they threw the bums out.

This was a huge blow to drug cheating in Olympic weightlifting, and it was one of the few moments in history when clean athletes started to feel like maybe the system was starting to work for them instead of screwing them over.

And just last month (September 2018), WADA cleared RUSADA and lifted their suspension. Russia’s old habits will be allowed to go back into full swing, and their national commitment to cheating will be enabled once again…by the organization that’s supposed to be cleaning everything up.

Sure, there’s some talk floating around about how RUSADA has been forced to clean up its act over the last three years, and how measures have been taken to ensure they’re not going to be allowed to keep up their cheating rampage. In other words, we’re supposed to believe a three-year suspension was enough to break the back of a doping system that goes back to the 1960s and has the protection of the Russian government. If you believe that one, I’ve got a bridge I want to sell you.

Unfortunately, there’s a very clear message in Olympic weightlifting. It’s been out in the open for a long time, and although it started to look like the tide was shifting in recent years, the message is still there and it’s just as certain as it always was…if you play by the rules and stay clean in this sport, you’ll ultimately be resigning yourself to defeat at the hands of lifters who are doping and getting away with it.

Here in the US, we’ve had some moments of hope recently. Our youth and junior lifters have won tons of international medals, partially because the separation between doped and clean lifters doesn’t really kick into overdrive during those young years. And we won medals at the 2017 World Championships while the nine doping kingpin countries of the sport were under suspension.

But now it looks like it’s probably going to go back to the way it was. Russia’s reinstatement is more than just a get-out-of-jail-free card for one country. It’s a statement. It’s telling the world that the anti-doping campaign isn’t truly committed. We’ll see slaps on the wrist, but we won’t see true justice.

And that’s why the only way to make it all fair is to get rid of drug testing completely and let everybody take whatever they want. I know this won’t happen and it’s certainly not what I would personally prefer…but it’s the only way we’ll ever have a level playing field.

I’m not the first one to float this idea. Many people have been saying this for years. I refused to say it throughout my career because of a Pollyanna hope that fairness might win someday. But at this point, we’re in a situation where there was actually a legitimate chance for fairness. It was one step away, and the powers-that-be tossed it in the crapper.

This is all very negative. It’s pessimistic. It’s not a pleasant way to look at our great sport. But it’s where we’re at. We should dissolve the anti-doping movement and let athletes take what they want. Fair is fair.

Edward
Def! Or have 2 categories? One clean category and one super category.
Andrea
Stop whining!!! Also in US doping is a common practice in Weightlifting and in other "western countries" too, you just look eye blinded with an article like this... Come on! (disclosure: I'm not russian at all)
2 cents
RUSADA being reinstated means nothing and neither did their ban. Just a PR move.

Back when RUSADA was banned, UKADA was responsible for internal testing of athletes within Russia. Problem is - foreigners are not allowed in closed cities in Russia. The only athletes being tested were the ones who lived and trained in cities that weren't closed cities - Tatiana Kashirina being an example.

No difference outside of the criminals at WADA now getting more money (Russia must pay a membership fee) to pretend that the Olympic athletes are clean.

2 cents
I think that allowing drug use in sport would be a good thing. For one, it'd be far more honest. It might also enable people to share information more freely - more knowledge, less screw-ups.

Hormonal birth control for women these days is not without problem - but it's a far cry from where where oral contraceptives for women were in the past.

Maybe we could have the same story with PEDs. Whether it be anabolic-androgenic steroids, peptide hormones or whatever else. No guarantees - but maybe. As far as I know, Metenolone is one anabolic steroid that is often regarded as "low risk".

Unfortunately, I don't see it happening. The most profitable timeline for the IOC (and for WADA) is if everyone is on drugs but the public thinks no one is on drugs. That is where we are at.

If everyone stops taking drugs... no one in the public will care as much about sport because it'll be less interesting. On the other hand, if everyone is on drugs because they are legal, people will just say "it's all drugs" and we will observe the same lack of interest.

I would like to see a future where the ban on PEDs in sport is lifted. However, I fear that the powers that be (IOC, WADA, countries and federations) will try to prevent that because it doesn't benefit the people at the top.
Marek Guman
That is so sad, sports with drugs is to a large degree a competition between drug kingpins in my opinion. I think not everybody would be willing to take PEDs even with the ban lifted, because, well, they are hands down detrimental to health. Without drugs lifters can enjoy the sport into masters age and benefit from it.
I am aware how much money is in it, but after last year's world championships I thought at least weightlifting would be free from drugs. That was a ray of hope for me too.
Bruce Ballog
By what logic would you suggest that because you can't catch everyone, and some people will always break the rules no matter the consequences, you should make a banned behavior legal. Some people will get away with murder. Some people will commit murder even when faced with the death penalty. Does that mean we should give up and say, go kill whomever you want. The technology is getting better. The cheaters are getting caught like never before. Doping is more difficult than it's ever been. Yes the Russians are back in, and it's probably too soon. But they know what's facing them now, and the goal is to use that knowledge to force change. Not ban them for any specific period of years.

Allowing unrestricted doping would be the death of Olympic weightlifting. For some lifters, literally. It would turn Olympic weightlifting into some WWE, WSM, Mr Olympia freak show were you hand out medals and death certificates at the same time. It would also, very soon, be kicked out of the games. Olympic Weightlifting that's not in the Olympics, now that makes sense.
Jesse
When I first read this article, I was also discouraged by the state of doping and testing. However, while watching worlds, I'm a little more encouraged. Lifters are not hitting the numbers they were in the past, and with the new policy of them having more opportunities to be tested in the next two years, this trend should continue, giving more chances to the clean lifters to catch up. It will never be perfect unless they're just testing all day every day, but it's still a worthwhile endeavor.
Daniel
Aren't you the guy who wrote an article about Norbert Shemansky, an admitted drug user, being the greatest weightlifter in U.S. history? And are you not the same guy who glorified Zackaravech (who we can reasonably assume was taking anabolics) in a different article? I believe the title was "The Ballsiest Weightlifter of all time." And has this website not published articles by Sergey Bondarenko, a Russian weightlifting Master Of Sport (who we can be almost assured took anabolics)? But you're going to belly ache about drug use in the sport? That is the definition of hypocritical. Americans don't cheat? Check the USADA Website and count the number of weightlifters on there.