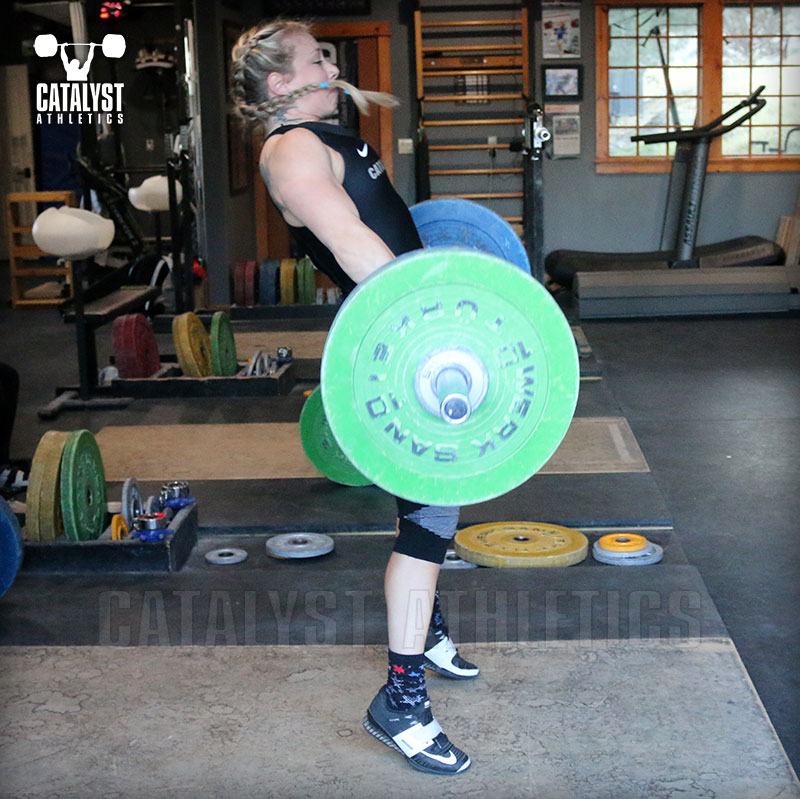 The obsession with winning… In America, it’s part of our sports DNA. If you’ve been an athlete in this country at any point in your life, you’ve heard those beaten-to-death quotes like, “Winning isn’t everything, it’s the only thing.”  I’ve probably seen that one on the walls of half the locker rooms I’ve been in since I started playing sports when I was a kid.

Throughout my weightlifting career, I was always more focused on performing well than winning. Making all my lifts on the competition platform and setting new PRs was more important to me than where I placed at the end of the day.

Personally, I think this is the best mentality for a lifter, and I’ll tell you why.

First of all, it’s essential in the early stages of your weightlifting experience simply because you’re usually not going to win everything when you’re getting started (unless you figure out a way to make sure you only face weak/non-existent competition). If you’re talented, your first couple of years might look like this: you lift in some local meets and win easily, and you also qualify for a national competition. Then you go to that national competition, and you’re most likely in a position where you’re going to place in the middle of the pack or lower, at best.

If you’re one of those rare big-time studs who can step in and win the American Open Final after a year of training, this whole thing might look different. It also might look different if you start lifting when you’re in your 50s or 60s and most of your meets are masters events where there’s almost no competition. But for the overwhelming majority of weightlifters, you can expect to be in situations where you know ahead of time that victory probably isn’t a realistic possibility.  If you’ve pinned your entire mindset on the gold medal in these circumstances, you’re going to feel like a failure after the dust settles. Not fun.

Weightlifting is a “stand in line and wait your turn” sport. If you compete on the national level, you have to spend years working your way up the ladder, busting your ass every day to increase your total, fighting for the moment when you finally have a shot at the podium. I competed in eight National Championships, and my placings in my first five went like this:

In other words, I had to bust my hump for five years to reach the medal stand, creeping my way up the ladder little by little every year. And that doesn’t even include the four years I had trained prior to 1994 while I was working just to qualify for nationals (the qualifying totals were pretty high back then, I had to total 300 kg in the old 99 kg weight class just to go to my first one).

Obviously, some people don’t have to do it like this. Shane Hamman was totaling around 385 kg and winning Nationals after one year of training, so he got to sidestep this whole process. Damn those freaks of nature.

When you’re battling through these years, you HAVE to focus entirely on going 6/6 and hitting new PRs. That’s the only way you’ll ever have a shot at the top down the road.

Now… none of this is intended to say that winning isn’t important, or that victory doesn’t matter. You might also find yourself in a position at some point where securing that gold medal is the #1 focus, regardless of how it happens.

I’ll give you another personal example. I won the National University Championship twice back in the 90s, and neither of those wins were great performances. In my second one, I only went 2/6…but my total was enough for 1st place. So I don’t remember those meets as outstanding performances, but I still get those championships on my record for the rest of my life.

In other words, your career will have different time periods, different circumstances, and different situations. You’ll be able to compete for gold sometimes. Other times, 8th (or 18th) place might be the best you can hope for. This is why I think the best overall mental state you can have in this sport is to simply lock yourself in on every lift. One at a time.

Plus, think about some of the great weightlifters we remember who usually didn’t win the gold medals. Do any of you remember Marc Huster, the German 83 kg lifter from the 90s who almost always finished in second place behind Pyrros Dimas?  Huster was the silver medalist for most of those matchups, so do we remember him as a loser? Hell no. We remember him as a legend, an incredible competitor who thrilled us with amazing performances and ferocious battles every time he took the stage. He was a sensational Olympic weightlifter, without a doubt in the world. And I could name you ten others right off the top of my head that fit this same description.

I lifted in over 100 meets. I placed 1st in almost all the local ones, and I was usually competing for top spots at the national ones. Making all six of my attempts was always my top priority, every step of the way. And I honestly believe this is the mentality that will make you the best weightlifter you can be, along with giving you the most rewarding career you can have.

When you have a shot to win, go for it. If it happens, that’s great. If it doesn’t, don’t let it destroy you psychologically. When it’s all said and done, the only thing that really matters is lifting that bar over your head and getting three white lights. That’s the feeling that made you fall in love with this sport in the first place, so make sure you never stray too far away from it.