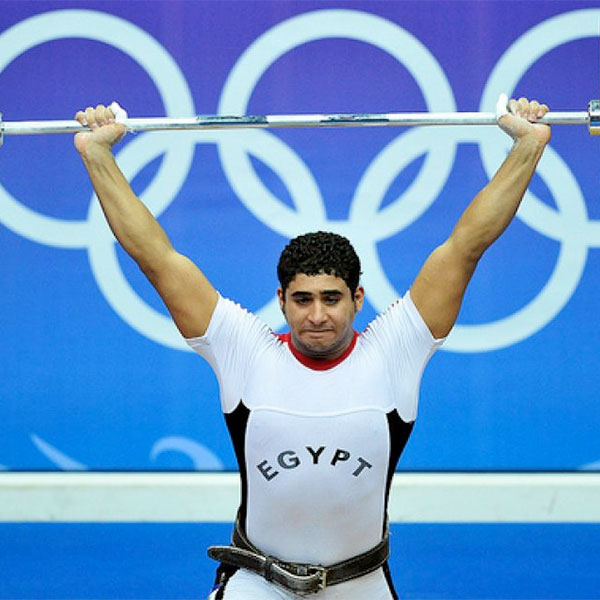 I’m writing this article on day two of the 2019 IWF World Championships. Everybody always loves watching the Worlds, and the hoopla is even higher this year because it’s one of the primary qualifying meets for the 2020 Olympics. That means everybody is coming out guns-a-blazin’ to snag one of those spots in the big dance.

But not everyone is happy at the moment. Just a few days before the start of this year’s Worlds, the IWF made an announcement that Egypt has received a national suspension for the next two years. That means no Egyptian lifters can compete in the Worlds, and they also won’t compete at the Olympics next year unless they successfully appeal.

Why did they get this suspension? Drugs, of course. Seven Egyptian lifters tested positive. Two of them were 14-year-old girls. No bueno.

One of the controversial parts of this situation is the fact that the entire Egyptian federation is getting banned. That means NOBODY from Egypt gets to lift at the Worlds, even the Egyptian athletes who haven’t tested positive for anything. This isn’t a new practice, of course. The exact same thing happened a few years ago when Russia and the rest of the Naughty Nine countries were banned for multiple drug offenses. Doping penalties are serious these days, and entire countries can easily get the boot if they go over the limit with violations.

There was a lot of weeping and gnashing of teeth on social media once the Egypt news broke, because two of their lifters are major fan favorites (Mohamed Ehab and Sara Ahmed). Neither of them tested positive, but they’re suffering the consequences of the suspension anyway. A lot of fans are disappointed, and they’re clamoring about unfairness because Ehab and Ahmed are getting held out of the Worlds and possibly Olympics even though they haven’t gotten popped.

Forgive me if I don’t share in the sympathy.

The United States is an example of a clean country with some dirty lifters. Sure, we have plenty of weightlifters in the US who are taking drugs. Just look at the USADA website and you’ll see lots of suspensions to back this up. But if you look closely, you’ll notice that almost everybody who tests positive in this country is a second or third level player at the national level. When you’re talking about our international elite lifters like Cummings, Nye, Maurus, Lucero, etc., you almost never see any of them getting popped. Do you want to know why? Because THEY’RE NOT TAKING DRUGS (with some extremely rare exceptions).

Listen, if you’re ranked in the upper echelon of weightlifters in this country, you’re permanently embedded in the random testing pool. That means you get drug tested up the wazoo, all the time. Trust me, I was in the random pool for ten years in the 90s and early 2000s, and I can tell you with certainty that it would be damn near impossible to take drugs and get away with it for any length of time if you’re in our national team program. Long story short…our top lifters are almost always clean. They have to be. The juicers in the US are almost entirely outside the national team program.

Countries like Russia are basically the exact opposite. If you’re in the national program in these countries, you HAVE to take drugs. It’s simply a required part of the system. Weightlifting insiders have known this for decades, but fortunately everybody knows it now because of all the whistleblowing that’s been taking place over the last five years. If you’re a clean lifter in a country like Russia, you’re not in the national program. It just doesn’t work like that. Countries like China, Iran, Kazakhstan, and several others are exactly the same. The drug testing organizations have been successful in nailing Russia, although the other countries I mentioned (and many others) are still getting away with it. One at a time, I guess.

Like it or not, Egypt’s track record fits the description of a dirty country. And like all dirty countries, they’ve got their federation administrators crying out about conspiracies and unfair treatment. Same old song and dance.

If Ehab and Ahmed are clean, I feel sorry for them. But at the same time, I can’t help but feel a little “join the club” mentality. Clean lifters always get screwed in this sport. It’s been this way for ages. If you play by the rules in weightlifting, you get held down near the bottom of the world rankings while the cheaters win medals and break records. If Ahmed and Ehab are clean, they’re getting their careers held back because of doping. It’s just happening in a slightly different way than usual.

Is the tide turning? It sure seems to be. Is there more hope for clean lifters right now than ever before? Definitely. Is the playing field leveling out? A little bit, yeah. Are the administrative bodies actually taking action these days instead of sitting on their hands and letting the doping roll merrily on? Yes.

But you have to understand that these kinds of changes will only happen through DRASTIC action. You’re not going to clean up one of the dirtiest sports in the world with slaps on the wrist. If the governing bodies of weightlifting truly want to promote clean lifting, AS THEY SAY THEY DO, it’ll require an iron fist. Kicking entire countries out of international competition for violating the rules is iron-fist treatment. Hard changes can’t happen through soft measures.

So we’ll see where it goes. Weightlifting is notorious for finding creative ways to let proven cheaters get a free pass, so it never surprises me when juicers find loopholes and sneak back onto the platform. Maybe that will happen here, who knows? One thing is for sure… it’ll be entertaining to watch.

See more on the drug topic in Matt's book here

Lukas Eklund
It's a good start, but I don't think it means that much without lifetime bans for using anabolics. It sure seems like the benefits of anabolics carry over even after lifters have probably stopped using them. Maybe we'll see a bunch of new lifters who only lift local for 10 years, go off drugs, and then suddenly show up on the podium.

What does it matter if a few lifters miss a quad, if they can be best in the world 5 years later? It's certainly working for Lasha.