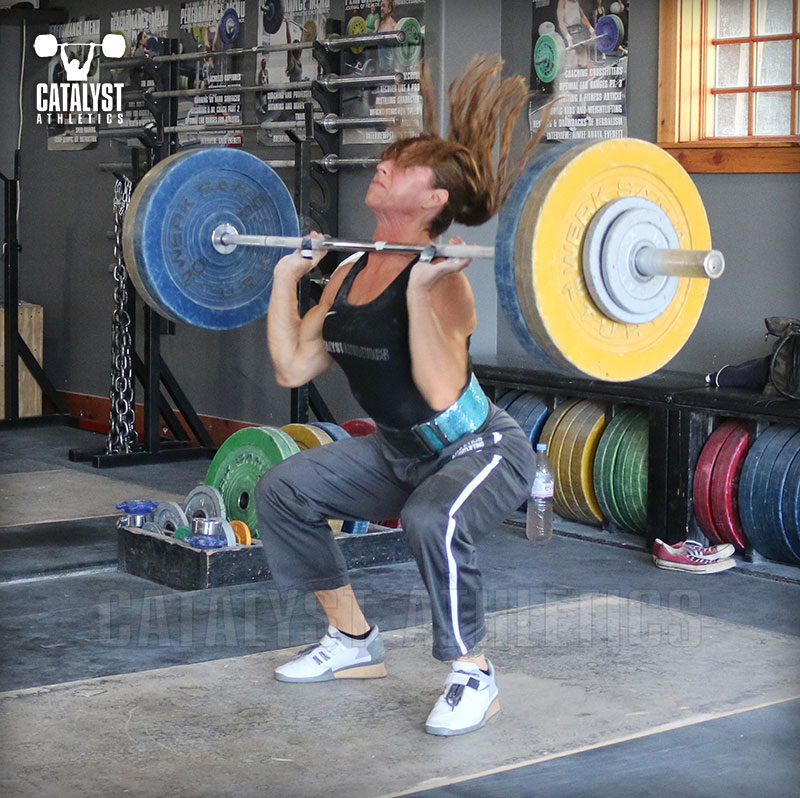 I probably don’t even need to do a preamble paragraph to set up the topic of this article, do I? The title is loud and clear, and I’m pretty sure everybody understands it.

Training takes time. It takes hours out of your day, several days a week. If you’re serious about being successful as a lifter, skipping workouts isn’t an option. That means your entire life, week after week, month after month, is going to require consistent gym hours. These gym hours have to be prioritized over social time.

That means if everybody wants to go to the lake for some skiing and weenie roasting on a Saturday, and you’ve got training from 9:00-1:00 that day…no weenies for you. They feel sad for you because they think you’re missing out on the fun. Obviously they’re a little confused here, because they don’t understand going to the gym IS your fun. But still, tensions can arise if you’re dating/married to somebody who wants you to do fun lake time.

Wait, it gets better. Weightlifting is going to demand a lot of time and effort OUTSIDE the gym as well. Many lifters make the commitment to strict diets, and they’re often noncompliant with the average person’s eating routine. So now your spouse is irritated because you can’t go out for cheeseburgers and beer three times a week (well…you can if you’re a superheavyweight). When everybody else wants to gorge on yummy junk, you have to head to the fridge to get another one of those little Tupperware containers of chicken breasts and brown rice you spent all Sunday afternoon prepping for the week.

And we haven’t even talked yet about massages, needing to go to bed early, MONEY, spending lots of time at meets, taking trips to Orlando for the American Open where your family wants to go to Disneyland and you can’t go because you can’t spend eight hours on your feet walking around, stress, pressure to quit and have kids, MONEY, bad moods after bad workouts, injuries, being a woman and getting grief from people because you have muscles, and fifty other things I could mention.

Yeah, it’s tough being friends with/in a relationship with/married to a weightlifter.

Right about now, you’re enjoying this article because it hits so close to home and you can totally relate. It’s like I’m describing your life. But you’re also looking forward to the part where I give you some suggestions that will make it all easier. You want some ideas to solve the problem, right?

I really hate to say it, but I don’t have many great ones, aside from just making sure everybody in your life understands the rules loud and clear, right from the beginning, so they can make their own decision about whether they’re willing to go along with it. I’d be lying to you if I said there was a magic fix for any of us, because there isn’t.

Weightlifting is a very hard life if you decide to go all the way with it. If you decide you’re just going to play at it, training recreationally and not really making it your life, that’s different. And there’s nothing wrong with doing it that way, as long as you’re willing to accept the limited results it’s going to produce. If you have children, that might be the right way for you to go. It might be smart to have a recreational approach to weightlifting so you can do a good job as a parent. Not a damn thing in the world wrong with that.

But if you go into this thing with full commitment, the way you must if you want to make something out of yourself, it’s a hard road, and it’s going to be tough on the people around you sometimes. Now, let’s go ahead and acknowledge that not everybody fights these battles. Some people have family and friends who are completely great about it. They’re supportive, they never complain, they work their lives around your training demands…the whole nine yards. They believe in what you’re doing, and they don’t make it any harder.

That’s how my family always was when I was younger, and it’s how all my friends and relationships have been throughout my life. But then again, almost everybody I’ve ever been friends with has been in weightlifting, so that makes it easier. I had one girlfriend when I was in my early 20s who told me she thought it was stupid that I worked so hard at weightlifting when I wasn’t making any money at it. I broke up with her the next day.

Louie Simmons once said, “Normal people get normal results. I’m not interested in normal results.” That’s a pretty solid statement on the life of a lifter, and the best thing you can do with the people around you is just be totally honest and up front with them about exactly how it’s going to be. If they’re not willing to play ball…fair enough. But that means one of you will have to make a decision.

Am I telling you to jettison people from your life if they don’t support your weightlifting? No, I’m not.

Could there be situations where you might need to reduce or compromise your weightlifting to save a relationship with somebody you love? Yeah, it’s possible.

This is the life you’ve chosen. I would like to be helpful and offer you a solution to the difficulty. But sometimes, the most helpful thing to do is simply tell you there’s difficulty to be expected. Not every problem has a magic-wand fix. Some problems just have to be accepted as part of the package. The best thing you can do for yourself is simply shoulder the responsibility to handle it with as much maturity and intelligence as you can.

Or you could just get pissed, kick stuff, and yell at everybody whenever you’re inconvenienced. That’s always another option. But it doesn’t work very well. Trust me, I’ve tried it plenty of times.

fitness health forever
Thanks you and I admire you to have the courage the talk about this,This was a very meaningful post for me.Thank you.
Baking soda and lemon juice for weight loss
Don
Great freaking read!!! My wife is always on this page. When my wife started gaining a little weight after we got married, I honestly didnt mind, but it was so evident that she was not feeling too good about herself, ultimately, it was the Cinderella solution that worked for her (https://hypr.ink/howwivesloseweightfast)in addition to this blog. I kept seeing this blog in our browsing history, thanks for helping wives like my own.
-Don