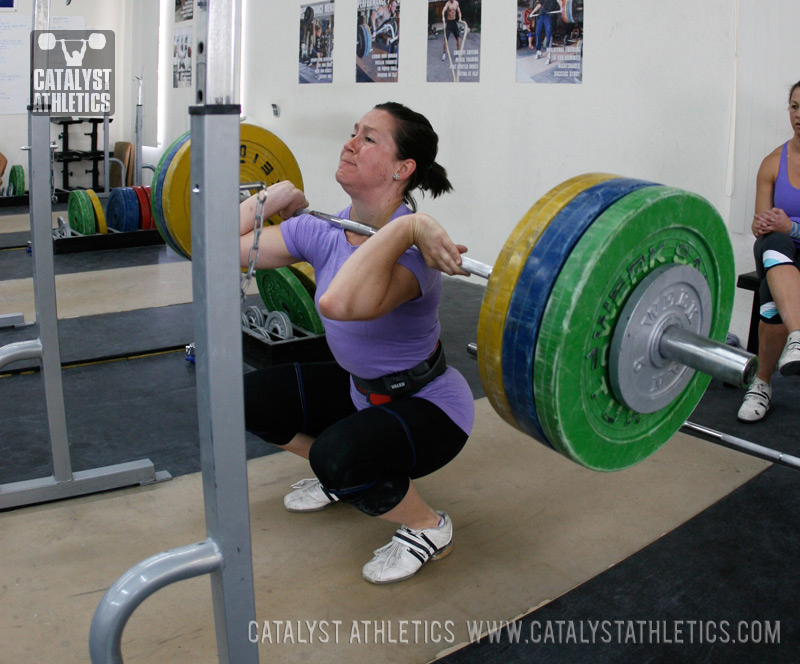 Here’s a weird little phenomenon to think about, because it’s something that works as a blessing for an athlete and an irritation for a coach.
In your time as a lifter, have you ever had a situation where somebody gives you a technical piece of advice that totally makes everything click? This is probably a small suggestion, usually from a random person who isn’t your regular coach, and you feel like the secret of the universe has been unlocked when you hear it. For whatever reason, this little cue helps you understand your technique a little better, or it gives you an idea on programming that wipes away some confusion, something like that. It might even be something you overheard from a conversation between two other lifters, and you hijack it like a cigarette truck in New Jersey. This nugget of advice is exactly what you needed to dislodge your cranial region from your rectal passage.
Now, here’s the peculiar thing. This piece of advice is basically the exact same thing your regular coach has been telling you forever. You’ve heard this cue before, and your coach has patiently tried to explain it to you ad nauseam. But for some strange reason, it totally snapped into focus when you heard it said in a different way from a different person.
Here’s an example. When I learned the Olympic lifts, my coach constantly hammered the importance of finishing the pull. He used verbal commands like “extend tall at the top” and other phrases like that. But I just couldn’t seem to find the right physical feel for the movement. Then one day, a random lifter I was warming up with at a meet said, “Wait longer on your pull before you jump under the bar.” WHAMMY!! I swear to god, it felt like a bottle rocket went off in my skull. All of a sudden, I knew exactly how to finish the pull and I slowly started morphing from pond scum into an actual weightlifter who kinda knew how to do the lifts correctly.
As I said, this guy didn’t tell me anything different than my coach had been telling me. He just said it in a different way, and it made sense.
This is a great moment for a lifter, but it can be a little annoying for a coach because your athlete comes running to you all atwitter and says, “Coach! Some guy told me to (blah blah) and now I’m doing it right! It totally fixed my problem!” The athlete is jubilacious with excitement, and you feel like hitting them in the head with a brick and screaming, “That’s exactly the same thing I’ve been telling you to do, MORON!!”
Listen, this is just how it is with athletes. The brain works in funny ways and this is simply another example of that. Your lifters aren’t being disrespectful to you. They’re doing exactly what they’re supposed to do...learning. And this isn’t happening because you’ve been doing a bad job of coaching them. It’s just that nobody has a monopoly on the perfect set of coaching cues, and these little lightning bolts can sometimes come from unlikely sources. I guess the lesson is to always keep your mind open. I think athletes and coaches, especially ones who have been successful, often fall into the trap of thinking they know it all. Sure, we say things like, “You should always try to keep learning” because we sound like we’re smart when we say stuff like that, but we don’t really practice what we preach. We disregard the methods of many other people because we think we’ve figured it all out ourselves.
We haven’t. None of us have.  The weightlifting universe is a complex place, and there will always be something new to learn.

Alisha
Love it. So true!
Chris D.
The "light bulb" moment. The really humorous part is when your student informs you that if you had only taught them/told them/ shown them that nugget first, all of the other instruction/practice could have been reduced. The mature/smarter ones realize that it was the cumulative instruction that allowed the "I get it!" to happen and not that final switch or nugget.
Billy
Great post!
David Griffin
I would argue that the difference between a good coach and a great coach is that a great coach CAN find a way to get it in your head. Either by demonstration, by trying every different cue/command until you find one that works or by knowing what kind of learner you are and thus what words will have the best impact.

However maybe it's a little like when you look after kids and you tell them to do something, they will often do it. But their parents just can't get through to them because they have become so accustomed to being told stuff by their parents. And thus it is just the novelty of a new person that makes the thought stick.