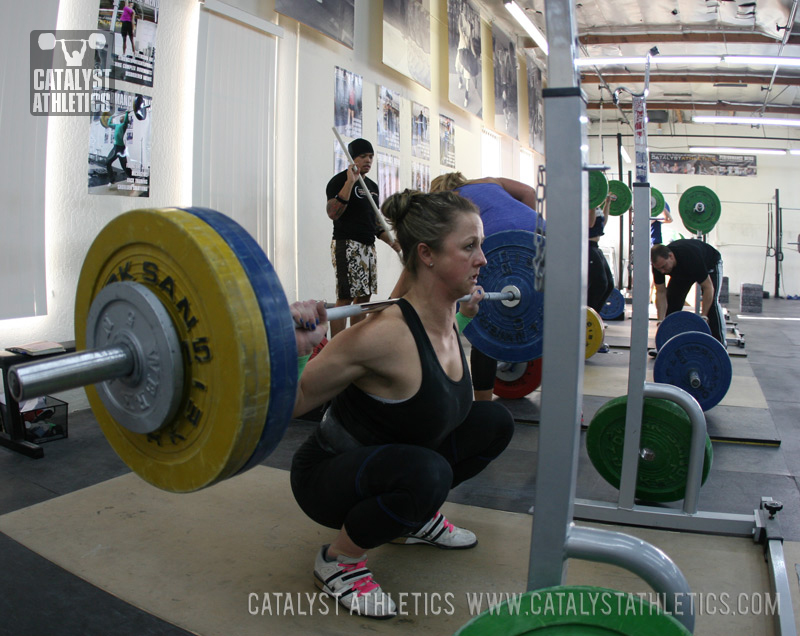 Alternative teeny rock isn’t my number-one choice of music, but there are a few songs in the genre that I dig. One of them is “Misery Business” by the band Paramore. The lyrics were written by their lead singer, a little peach named Hayley Williams. The song is pretty simple, actually. A girl is gloating because she stole a boy away from another girl she hates like hell. She jacked this girl’s man, and she just loves the fact that the chick is suffering. I don’t have any personal experience similar to this, but I can definitely relate to that blissful feeling you get when your enemies have to eat a great big crapburger.

I’m sure most of us are pretty level-headed people with solid attitudes, hopefully the types who don’t walk around boiling in rage every second. That describes you, correct? I hope so. However, we’ve all got somebody we don’t like. I’m positive of that.

Quick Advisory: One or two of you might say, “No, I like everybody. I don’t have any hard feelings at all.” If that’s you, stop reading this post. It won’t apply to you. Please go to a website called www.I’m-freaking-lying-to-myself.com and read something there.

I think it’s impossible to live without being cheated, betrayed, screwed over, pushed around, or insulted at least a little bit. It’s gotta happen to all of us every once in a while. That’s life. Hopefully, you have situations where you’re able to straighten the problem out face-to-face with the person right when it happens. I think that’s the best way to go because you can walk away with a clear head knowing that you didn’t let them get away with it, even if they still wind up with the upper hand. After it’s over, we get pissed off for a while and then we get over it…most of the time.

But I want honesty here, brothers and sisters. I want us to openly admit that there are some people out there that we haven’t forgiven. Whatever they did, we’re still ticked off at these scumbags. It might be even more aggravating if you have to live with knowing that you didn’t take care of the problem when you had the chance. Maybe you couldn’t. Maybe you were too young or something.

I worked in a warehouse years ago with a guy named Steve who hated everybody he knew. One day we were at lunch and he pulled out an Egg McMuffin. He bought it on the way to work that morning and told me he had been looking forward to eating it all day. It was burnt when he opened the wrapper, so he threw it across the lunch room as hard as he could and walked out screaming F-bombs at drinking fountains, snack machines, etc. He didn’t come back to work for two days.

So when somebody pisses you off, I understand that there are various levels of anger, and they depend on your personality. You mild-mannered types might just have a minor distaste for a few people, while the high-octane characters (like Steve) have a list of turdwhackers longer than the Dead Sea Scrolls. They have occasional debates in their heads about whether it would be more fun to run them over with a tractor or light them on fire.

Additional Advisory: I hope we all understand that last sentence was intentionally silly. Don’t lash out violently at anybody. If you dislike somebody, you’re normal. If you try to harm them, you’re a dangerous psychopath. Go pet a kitten and calm down.

Back to the subject… Has anybody besides me ever felt like weightlifting is a good revenge outlet? Let me try to explain that a little more. When you train and lift successfully, there’s a little feeling inside that you’re conquering something. Setting a new PR in one of your lifts means that you fought a battle and won. Your battle was against your physical limits, self-doubt, mental barriers, or whatever. And in some weird way, that feeling of victory spills over into the other stuff that’s on your mind. If you’re having trouble at work or you’re holding a grudge because some jerkoff wronged you and it’s too late to fix it, nailing some big lifts and training well is a great way to straighten your brain out. You get to push back from your problems for a little while when you’ve got the barbell in your hands, and everything seems more manageable after you leave the gym and go home. Your issues might not be fixed after your workout, but they don’t seem as irritating as they did before. It’s hard to stay in a bad mood after you’ve done some great weightlifting.

After about ten years of lifting, I noticed that I talked to the barbell after finishing a big lift. Because I’m trying to keep my posts relatively clean, I won’t give you the actual words and phrases I’ve used. We’ll just say they sounded a little bit like “Darn you!” and “Get some of that, you piece of doody!” with some ghetto terminology added. I never really thought about why I did this, or who I was talking to. Obviously I wasn’t talking to the barbell because it’s an inanimate object. When I think about it, I guess all the yapping was aimed at something else, something internal. Maybe it was the memory of the fat kid who stole my GI Joe on the playground when I was in the second grade. I hated that little chunk.

I’ve written before that I don’t consider weightlifting a release of daily anger, at least not for myself personally. However, I guess you could say that lifting is a great way to feel a sense of victory on a regular basis. Big lifts and successful meets are victories. When we get to enjoy this feeling over and over, we’re winning. That general attitude can smooth over a lot of crap, in my experience. It can lift your whole personality above the petty junk that you’ve had eating at you. What do you think? Anybody else out there who feels like weightlifting has made you easier to get along with? Have you received any compliments from people about this? Maybe somebody you’ve known for a long time used to think you were a jackass, and now they think you’re sweeter than warm pancakes because you’re in a pretty good mood most of the time. They don’t know your secret, that your happiness comes from clean and jerk PRs.

I don’t think there’s anything wrong with being mad at somebody, as long as you’re not letting it screw up your life. Some people do let it screw up their lives. That’s why therapists have jobs and pharmaceuticals are a billion dollar industry. The point here is that weightlifting can do you a world of good. Sticking big weights and making progress takes your whole character to a different level. Any bitterness you’ve been nursing just fades into the background. Nice little fringe benefit, don’t you agree?

Richard
It is unhealthy hard hard I laugh at the Egg McMuffin story. Not sure why.
Thomas
Great post! I can totally rely to this. Sometimes knowing that your point of view will be changed on sudden aspects will be motivation enough to go and have some successful lifts. However this "lifters high" should not overshadow problems which should be dealt with on a more rationale level. I remember one person in my former life which I could only tolerate when I had been lifting, that made the alarm bells go off ... :]
Dewsterling
It's like this article was written for me. My SIL is a soulless monster. Over the past year, as I've gained nearly 100lbs on my backsquat, 125 on my front squat, and 150 in dead lift, and learned new lifts - as a result, she can no longer "beat" me. The only joy she has remaining in life is trying to tear me apart verbally.

On Saturday, I finally slipped a little and let her narcissistic bullying get to me. I went rx on a workout (12lbs heavier than she) and proceeded to go faster with better form. It was like waving a red flag in front of a bull and she went off like a psychopath, inviting everyone in the gym to join her in trying to denigrate me. Why? She wants me to quit the gym. It's the only way for her to "win" anymore. For the past few days, instead of focusing on my workouts, I was
overwhelmed dwelling on her verbal abuses and feeling embarrassed that I had risen to her poisonous bait.

Tim
This post couldn't have come at a better time. The past few months, I've been dealing with someone who gets under my skin the way no other person has in my adult life. I've let it get to me and had that corisol-soaked, sickening feeling in my gut more than a few times just from the level of stress and anger. At one time, I let it affect more of my life than I care to admit. By lifting hard, I'm able to turn it off and only think about the situation when I choose to.

I choose to stoke that fury only when I'm walking up to a squat or deadlift that I am legitimately afraid of. In that regard, I've turned it into a benefit and something that I'm actually grateful for. Most people around me at the gym are just lifting ho-hum, but I'm lifting with a much stronger motivation and it shows. And then I laugh about it and put it away until I need it again. Thanks, Hater.
Tim
For clarification, it's basically the exact opposite of summoning a Patronus..
Gene
Was Greg the fat f$&@ who stole your GI Joe?