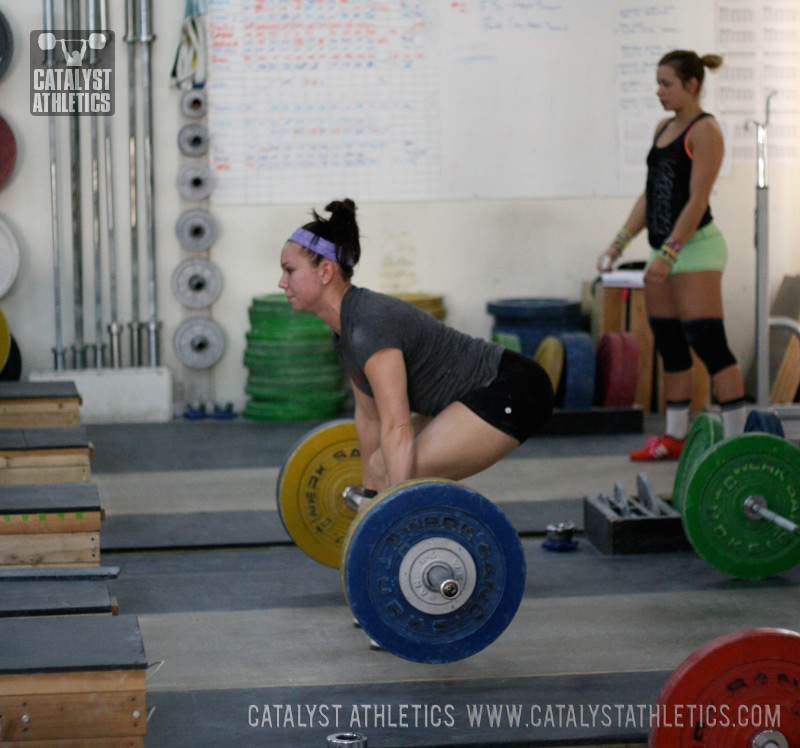 Okay, does anybody want some useful little tidbits about coaching women? I hope so, because I’ve got plenty of them. And before you start flinching, this isn’t designed to be one of my sarcastic funny posts. I’ve actually got legit things to say about this.

First of all, you have to start with the basic outlook that what the ladies are doing is just as important as what the men are doing, and it deserves the same level of respect. I think we all know that sports have historically involved a certain level of male chauvinism, leaving the women pushed to the side and disrespected. Because things have changed so much in our society over the last fifty years, I don’t think there’s any way you can expect to be a successful coach if you’re still hanging on to this mentality. If you want to stay with the old “women need to keep their asses in the kitchen” philosophy, that’s your business. But your days as a coach are probably numbered, because women’s sports are on the rise and I don’t think we’ll ever revert back to the old ways of the past.

Now, this equality concept has to stay consistent in everything you do. Women need to be respected equally as athletes, I firmly believe this. But that also means they need to be pushed equally, with the same discipline and expectations you would have for male athletes. You’re not doing a female athlete any favors by treating her like a little princess. That’s what you’re supposed to do on a prom date, not in the gym. When you’re in the gym, it’s gotta be about hard work and intensity.

However, I think you’ll have more success as a coach if you also remember that there are basic differences between men and women. Most guys can take an ass ripping from a coach, walk away, and get over it pretty quickly. Most women will walk away from an ass ripping thinking that their coach hates them. Hell, I’ve coached women who think I’m mad at them even when I’m not. They read my body language the wrong way and they start to believe that I’m disappointed, ready to give up on them, etc. This often happens when I’m not upset or angry at all.

Most of the women I’ve met in my life are really hard on themselves. They feel failure pretty deeply, and it hurts. When you’re a coach and you’ve got a female athlete who screws up, she’s probably beating herself up inside pretty bad. The last thing she needs is you pounding the crap out of her with some harsh words and criticism, making the whole thing ten times worse. She probably needs some encouragement, something positive that will help her start thinking that it’s not the end of the world. You’ve still got faith in her, you’ll help her get back on the right track, and you care about her.

Are all women like this? No. Are there times when you (the coach) need to give a female athlete an ass ripping? Yes. But knowing when and where this is appropriate is the key to the whole thing. Coaches with talent in this area are worth their weight in gold.

Most girls are pretty concerned with how their bodies look. They don’t want to look like a guy on steroids. The nice part about weightlifting is that it doesn’t make women look like that. Steroid-enhanced bodybuilding does, but weightlifting doesn’t. When women go to weightlifting gyms and competitions, they usually see a lot of gals with bodies they would like to have. The girls look like muscular athletes, not gross dudes. And fortunately, our society has turned a corner over the years because most people think muscular athletes are attractive now. The old anorexic waif thing is pretty much over, thank god. The only guys who like anorexic waifs are pencilnecks who are scared of getting beat up by their girlfriends. Every masculine guy I know likes women with some muscle on them. I know I do.

I love coaching women. When they decide to give you their loyalty, they really give it all. They’re usually very appreciative of a coach who respects them and wants them to be successful, probably because many of them have been around some meathead idiots who thought they should be scrubbing toilets instead of lifting weights. Sometimes these idiots are their dads and brothers, which makes it even harder to deal with. If you’re one of those idiots and you’re reading this post, it’s okay for you to disagree with me. Nobody gives a crap about your opinion anyway.

If you’re a coach, hopefully you can learn how to master the art of working with ladies. If you can’t (or you don’t want to), you’re cutting yourself off from a lot of fun and potential success.

And by the way, they’re gonna cry sometimes. Don’t make a big deal out of it.

Kat
All of this is legit. I sometimes get frustrated with coaches (Boxing is my main sport, I don't have a coach in wl) if their expectations for us women are lower tan for the guys. Of course guys tend to be stronger and lift more, but that doesn't mean that girls shouldn't be pushed for same kind of standards.

And also I've noticed that in these kind of sports women tend to be better at leaving their egos at the door and listening to the coach's orders properly. Just remember, that even if they seem to be smart enough to be left on their own, while you go on to coach the guys in how they can't just reverse curl their cleans no matter how strong they are, the girls still want and need coaching as well :)
To echo the article, the best thing you can do is treat them as athletes, not girls or boys.

Also ditto about the crying; sometimes the tears come even if there's no reason for them nor does she want them to come...so don't make a big deal out of it -no need to hover over the girl in question acting like a concerned mother hen- but don't treat it like an infectious embarrassing disease, that will make the girl feel worse.

Dewsterling
Thank you! This is a thoughtful and well-written article. When I fuck-up, I feel embarrassed and I usually don't need someone to take pains to point out each and every way that I failed. I have brothers for that kind of crap.
Jocelyn
Nicely written sir. I agree 100% which is why I might argue that it takes an even more talented person to coach women. Having said that, it's been my experience that the passion, emotion, and excitement that you get out of them when they are successful can make it much more rewarding.
Maja
Good writing and I agree totally, wishing my husband & coach could see this as clearly as you seem to do.. He doesn't seem to understand the intensity with which I as a woman beat my self down when things don't go my way.. Al though being a nice guy! It seems impossible for some to see how women in one moment can be confident as any man and the next feeling battered and shattered by one single mistake. It's just the nature of things I suppose.
Angela
Very well written. I'm lucky enough to have an amazing coach who takes great care of his entire team, women included. He understands the emotional differences between the men and women, but also doesn't baby us. He's there for us when we need more support, and he truly appreciates having women on his team. He's even got one of the ladies on the path to international greatness. I wouldn't be the least bit surprised if she went on to the next Olympics! And, this is mostly due to his unwavering support.
Monika
Thank you, thank you, thank you! Finally someone managed to nail it straight on the head.
Luckily, I´ve managed to find a great lifting coach with all the necessary abilities needed, but it took a while.
More coaches certainly need to do their homework concerning the difference between coaching men and women.
yvonne
I am so hard on myself that when my coach gets angry I get ready to murder someone. But when I am hard on myself and my coach is nice, I cry. Encouragement pushes me, harsh words angers me. Can't control how we are designed! But work with us and we will have our asses both in the kitchen and in the gym. Because that is how we roll! :)
alison
all true - except i like a good ass ripping when i'm cheating myself out of pushing hard - i happen to have a great coach who provides that. one other tip i'd give men coaching women - don't make it about our bodies - make it about our skills and strength. women have enough bullshit to deal with about how we look that the only thing about our bodies you should be commenting on is form. if you think we need to lose weight or gain weight, handle it gently, with a solid explanation that has to do with how it will improve our lifting goals, then leave it at that.
Randy Long, Reality Workouts
I'm lucky enough to have 3 female clients who are doing the Olympic Lifts. You are correct: they tend to beat themselves up more that I will. I find that I have to pinpoint EXACTLY what was wrong, and re-inforce the parts that they did right. As in: "You bent your arms too soon, which robbed you of power at the top of the pull. Your mechanics were good from floor to knees, and you dropped into receiving position quick and deep. Bending the arms to soon did not allow you to get the bar high enough for your to get under it." That seems to work well with the ladies, where with most of my guys I would just say "Keep your arms straight until you finish your pull, dickehead!", and that would be fine.
Sometimes, when I think the ladies know what they did wrong, I 'll ask "What the hell was that?!" If they can give me an answer close to what actually was wrong, without getting bent out of shape, I know that they are learning.
tim hamilton
Maybe "ass-ripping" isn't the best choice of words. I can't recall ever feeling like I needed to chew someone out when coaching. Be stern or firm sure. But ass ripping?