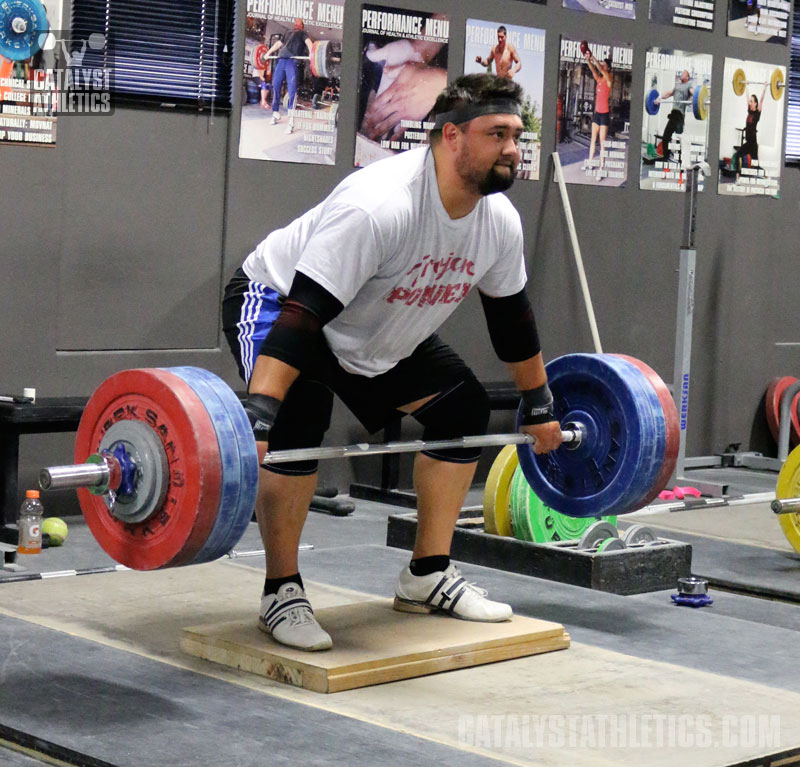 I repack my gym bag every day before I leave to go train. I take out the empty water bottles and replace them with new ones, throw out the balls of pre-wrap and tape, and make sure I have my Jolt gum, clean towel, and two pairs of socks. I do this because I liked to be prepared for what I am going to do and I'm like this with everything I do. Nobody has to tell me to do this this; it’s just a habit, and like many habits, some are great and some are bad. My love of birthday cake ice cream from Cold Stone might be a bad habit, but that's my problem and I am willing to live with it as long as it has sprinkles in it.

So in an equipment sense, I am now prepared for the gym; however, that’s just an equipment sense and that's all. I have a 7-10 minute drive from my place to the gym, and that’s where I really start to think about being there and getting my mind right for my training. I look at my time in the gym as that couple of hours that I absolutely have to be locked in to the moment: I'm there to get stronger in every way possible, nothing else. Some days I might come in and be all smiles and say "hello" to everyone; other days I might just sit down and start taping my thumbs and getting my shit on to get after it. Either way, I know why I am there and that's to lift. I have a plan and I am there to execute that plan and nothing else matters until I am done.

Years ago I remember watching Casey Burgener train. This was before the 2008 Trials and he would just sit there and literally stare at the bar in between sets. He was off in his world. He would get up, complete his set, and sit right back down. I took that onboard that day and have done it ever since. That's being locked in to the task at hand; he knew why he was there.

When I see people just haphazardly wander into a gym and just float around trying to figure out what they are doing or what's going on, I write them off as scenery. They have no idea of why they are really there. They think they do, but they don't. They show up because they think they have to, not because they want to, and that's a huge difference. They don't have a plan, they just pick some workout off the wall because they haven't been there for a few days, so what difference does it make really if you do Tuesday’s or Saturday’s at this point? Then they even drift off of that plan, get frustrated and leave for another couple of days to eventually come back and do the same thing again and then have the audacity to get upset and blame something or someone for not getting better. I watch them and all I can think over and over in my head is, “Why are you here?”

One of the greatest movies of all time in my humble opinion was Man on Fire. In this movie, a badass ex-assassin was tasked with babysitting a nine-year old girl because he needed the job. In one scene, anyways he’s standing over this little girl who wanted to get better at swimming and asks her a simple question after she had been putting in some serious hours in the pool. He simply asked her, “Are you trained or untrained?” She squealed, “Trained!” because she knew in her heart she had been.

That's how we should all feel, knowing that we have put in the time and the effort. We have a plan and we execute that plan to the very best of our ability every day we walk into the gym, and in the end on meet day, that's where it pays off because we put in the hours, the sweat and the pain and didn't float into that day.

john
great article i agree with every word! sometimes, however due to life i have to go out of town and i do my best to get to a gym somehow and noticed that it is very difficult to find the same intensity. its nice when i go to my gym and i see the same people and our team is good at pushing each other and were all there to get better but when i don't have to . it'd be nice to know how you prepare and find that same mindset when your environment is not what your used to?!
Murph
Mike, great article! One of my favorites from you. One issue with the article is that you fail to mention that the bad ass character from Man On Fire was an former Force Recon Marine. Other than that it was spot on.

-john -- mikes anger fuels him when the environment is not what he's used to. He also loves it when people ask him what's wrong.

Butch Nasty
I remember reading this article last year and really liked it. You guys should make a t shirt that says "why are you here?" because I think a lot of people should think a little more deeply about that.