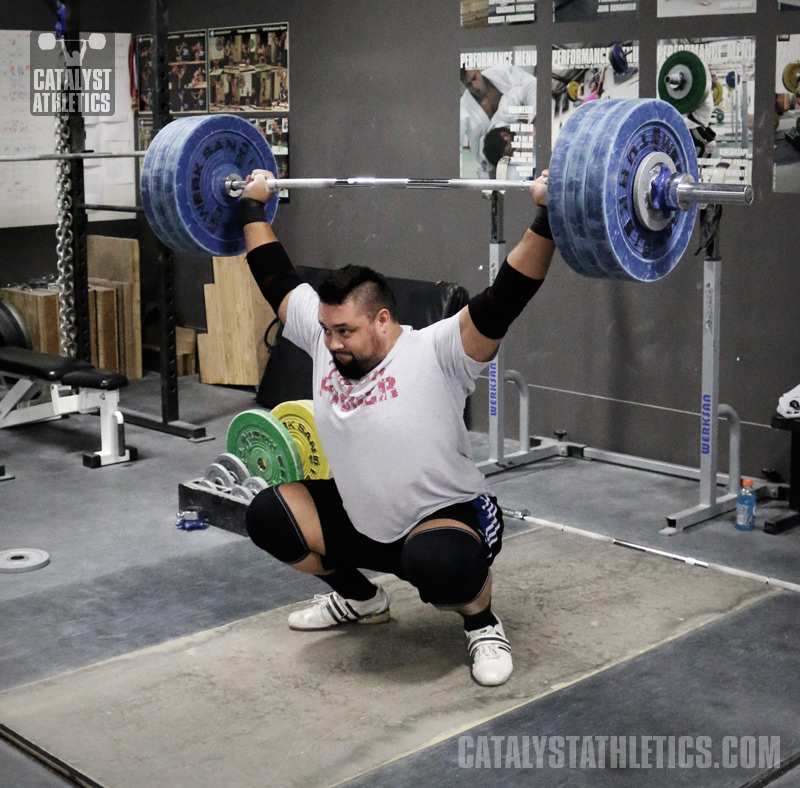 Keith Miller
Love this idea!!
Michael Frazier
Sounds like a good way to keep it competitive with a group.
Mike M
Hi Matt,
I have been following basically what you are talking about above, lifting in 80-90 percent range. Do you have a good recommendation of any peak programs, for say 5 weeks out from a competition? Any of the ones on the site here fit that mould? Thanks.
Matt Foreman
Hey Mike,
I would just make sure the athlete is hitting 90% consistently when you're 4-5 weeks away from a competition, and then plan out exact weights for those remaining weeks. So it would be something like: 5 weeks out- 90%. 4 weeks out- 76 kilos. 3 weeks out- 78 kilos. 2 weeks out- 80 kilos, etc. See what I mean? I would spend the last month hitting exact weights that are pre-planned and lead up to a peak at the meet, instead of fluctuating between 80-90%.
Mike
Thanks Matt, appreciate the response!
Steve D
Hi Matt, How would you organize the Volume of Lifts in the 80-90% range? Quick work up to and do a Prilepin inspired Range of about 8-15 Lifts per Session if training 5x per week or is that too much for a recreational Lifter? Do you have any Volume-Gap recommendations? Thanks!
Tyler L
In this program how many sets of singles would you use?
Also could this loading idea be applied to triples or doubles with lower percentages?