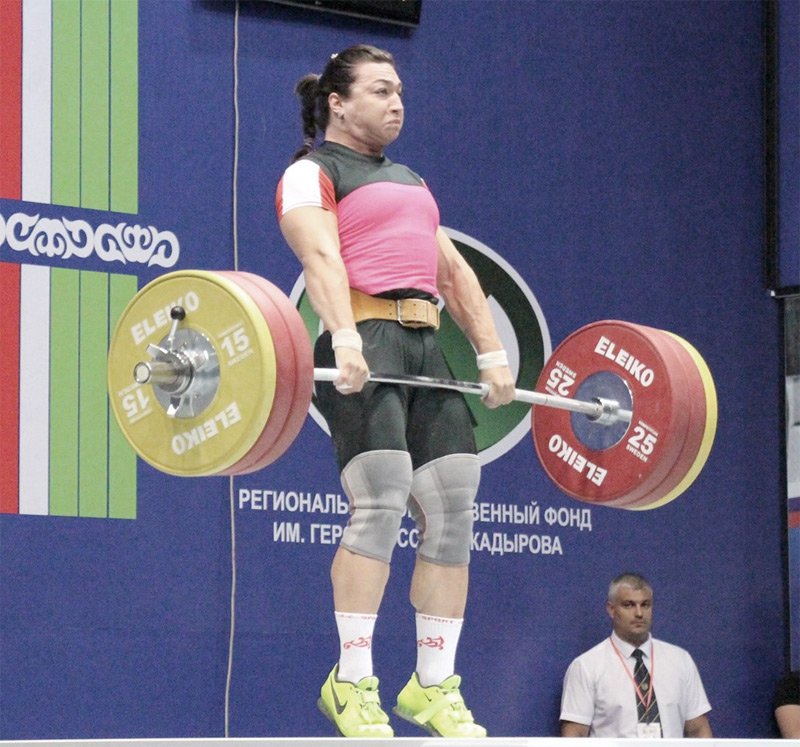 I’m writing this article as the 2014 World Weightlifting Championships are coming to an end. For the last week, we’ve been watching the best lifters on the planet break world records and battle for medals. The internet has been on fire with videos of these hellacious performances.  The competitive excitement has been blowing our minds. You get the point. Basically, the weightlifting community has spent the last week with an erection bigger than the Burj Khalifa tower in Dubai.
It’s a lot of fun to watch the Worlds. We all love weightlifting, and it’s really motivating to see people do it at the highest level. But in addition to the entertainment, there are a lot of things to be learned from what we see on that championship platform.
Let’s take a quick look at two specific things that can make you a better lifter.

1. TECHNIQUE
As we all know, Olympic weightlifting technique is very complex. People talk (and write) about it all the time, and there are some major disagreements about certain points. I feel bad for newbies sometimes, because they’re trying to get reliable information about how to lift correctly, and then they get on the internet and read articles that seemingly contradict the hell out of each other. The people who write these articles are all (supposedly) weightlifting experts, and they’re taking turns kicking each other in the balls about whether a snatch is supposed to resemble a jump, jump-shrug, jump-pull, jump-yank, jump down turn around pick a bale of cotton, triple extension, quintuple extension, catapult, bazooka, cat o’ nine tails, etc.
You wind up with some very confused rookies. These poor bastards just want to learn how to do a clean and jerk, and they wind up reading a bunch of crap that makes them feel like they’re trying to decode the Dead Sea Scrolls.
I’m really glad I learned how to lift before the internet existed (jeez, that makes me sound old). You see, I came up in weightlifting in the late 80s and early 90s. Back in those days, none of this online stuff was part of the equation. Everything you learned about weightlifting came from working with coaches, other lifters, and reading articles in an extremely small circulation of magazines.
My coach had a huge bookshelf in his house that was full of old VHS weightlifting videos. He had almost every US Nationals and World Championship from the late 70s through the early 90s. I raided that bookshelf like a kleptomaniac, took the videos home, and watched them obsessively. I probably watched at least an hour of weightlifting every day for the first 2-3 years of my career. That’s no exaggeration.
I wanted to imitate the technique of the best lifters in the world, plain and simple. Accompanied by the teaching of my coach, I was on a mission to make my lifts look like the best guys in the sport. My main technical models were Anatoli Khrapaty, Leonid Taranenko, Stefan Botev, and basically any other Bulgarian lifter from that era.
This is what I think you should all be doing when you watch the Worlds. Watch and learn, plain and simple. You’ll be amazed at how much your technique will improve by watching great lifters in action and then basically doing a monkey-see-monkey-do kind of thing. I’ll even give you some specific recommendations for who to watch. If I was a new lifter these days and I wanted to imitate some of the current champions, I would go with:
You’re probably saying, “Wait! Those are all Russians!” My response is, “You’re absolutely right.” After almost 30 years in this sport, I personally think the Russians are the best technical models in weightlifting. HOWEVER, I want to make it clear that there are LOTS of other athletes from different countries that are fantastically skilled, and you can learn a lot from them. So please…there’s no need to drown this article with comments about the other great lifters of the world I didn’t mention.
I’m not saying you shouldn’t read a lot about weightlifting on the internet. You absolutely should (especially the stuff on Catalyst Athletics). I’m saying you should supplement your reading with a lot of video study.
Now, here’s the second thing you should be learning from the Worlds.

2. HOW TO PERFORM
Actually, let me illustrate this point by sharing a little conversation I had a long time ago. I was at a national championship, chatting with one of the best coaches in the country. This guy had a massive track record of producing top national and international competitors, but he was in a nasty mood while we were talking. You see, one of his lifters had just finished competing a few hours earlier. This lifter was supposed to hit some huge numbers at this meet, but he pissed down his leg and lifted like crap. I wanted to understand what the guy’s problem was, so I was asking his coach about it. Here’s how it went (we’ll refer to the lifter as “Bob” to protect his anonymity):
Me: “Pretty bad day for Bob, huh?”
Coach: “Yeah. Awful. Worst day he’s ever had.”
Me: “What happened to him? Has his training been going bad?”
Coach: “No, he’s been training really well.”
Me: “Is his technique screwed up?”
Coach: “Nah. His movements are excellent.”
Me: “Really? So, why did he lift so badly? What’s the problem?”
Coach (turning to look me in the eyes): “Bob needs to figure out how to get his ass on the platform and COMPETE. That’s the problem.”
I’ve never forgotten that conversation. I hope you don’t either, because it breaks this whole dilemma down to the bare essentials. After we’ve finished analyzing the living hell out of technique and training programs, this sport all comes down to one simple factor…the athlete’s responsibility to perform.
Watch what Ilya Ilin did in the 105 kilo class at this year’s Worlds. That’s exactly what we’re talking about. You can learn a lot about technique from these studs, as we’ve said. However, it’s equally important in this sport for you to learn how to step on a platform and whoop some ass. Some people are born with a natural ability to perform, and others have to learn it. Trust me, you can learn how to do it by watching others do it.
You’ve gotta figure out how to lift, and you’ve gotta figure out how to compete. You can’t have one without the other.

FredE
No thanks, i want to be just like James Tatum, just like him....
Mbasic
I learned it wasn't so great the USSR broke up.
Nick
Hi Matt

In your honest opinion is there opportunity for older guys to compete? I certainly want to compete although I have a long road ahead, but I just want to feel that feeling of going onto a platform and getting it done. How many older guys are actively competing?
(When I say older I mean 40 and over)
There are masters competitions with age categories of 5 years each starting at age 35...

sandy
hi, im from nigeria.
started weight lifting 4months ago...
i am having serios problems when it comes to adding weights.
uptil now i ain't able to snatch 40kilos.
even when i clean 40,my jerk is usually very dull.
i always try my best but it seems the weight is always too heavy for me.
i weigh 83kg.
pls advice ...
Follow the starter program here.