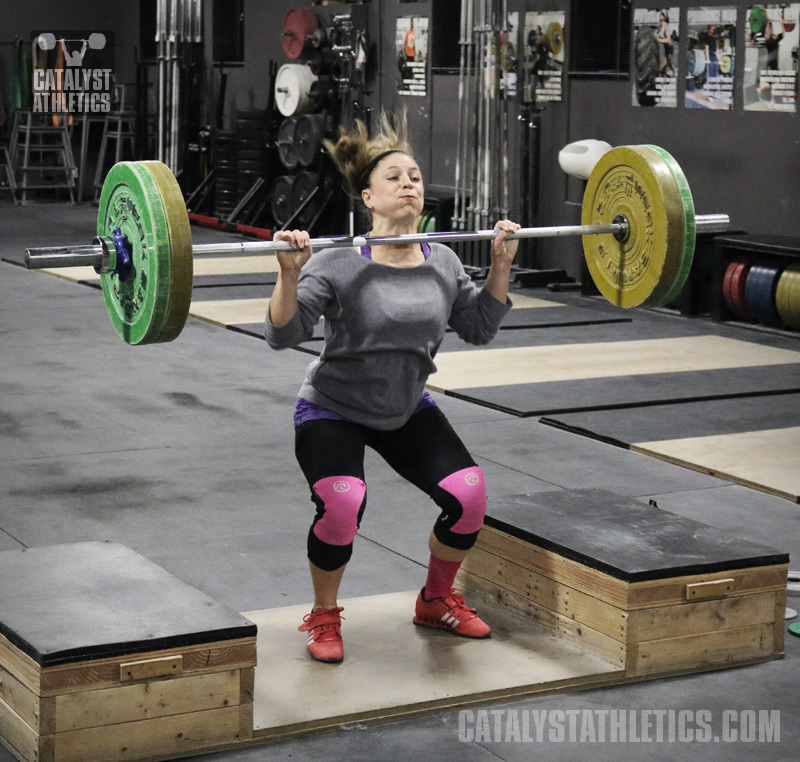 You want to know something I’ve noticed over the last few years since I’ve been writing for Catalyst Athletics? You guys love articles that have lists.
Know what I mean? I’m talking about the articles you read on this website with titles like Top 5 Assistance Exercises for the Jerk, 10 Things All Weightlifters Should Know, 7 Steps to Better Coaching and so forth. In other words, the information gets presented like a checklist or ranking order, something like that. You all eat this stuff up like peanut butter cheesecake.
I get it, because I’m the same way. Being a borderline obsessive-compulsive organizer, like many of you, it makes me all tingly in my special parts when people tell me things that are arranged in a nice snappy bam-bam-bam style.
So I’m going to revert back to it and hit you with an assembled list of unspoken rules about weightlifting. These are responses to some questions people have been asking me lately, along with a couple of tidbits that have popped into my squishy little brain.
Rule #1 of a list is that it has to have a wicked title, so this one is called…
4 Crucial Guidelines to Avoid Becoming a Weightlifting Jackass

1. Don’t lie on the platform after you miss a lift or complete a tough set
Listen, I have no idea why this bothers me so much… but it does. When people lay on the platform, it makes me want to dive off a bench and hit them with a flying Jimmy Snuka head-butt. I don’t care if you just completed a 20-rep max in the squat that made your spine drop out of your cornhole, or if you failed on a desperate PR snatch attempt and now your life is a cocoon of horror…whatever. Get your ass up and walk away, sit down, go outside and step on ants, anything besides treating the platform like it’s your own personal pouting pasture. It’s self-indulgent, and it makes you look weak. Intentional or accidental, you’re trying to draw attention to yourself. Show some self-discipline and handle your shizz like a weightlifter, not a six year-old.
2. Refuse to submit to your gym’s resident attention whore
This one comes with a disclaimer because you might not have an attention whore in your gym. If that’s the case, you’re very fortunate. However, many of you train in a program where there’s…well, one of those whores. These are the people who attempt to convert the whole gym into their personal staff. They want their own special conditions when they train. They want to hog the coach. They want you to interrupt what you’re doing and nurse them when they come to the gym with some drama from their day (which happens all the time). They want, want, want, want. Listen, I’ve trained with a few lifters who tested the limits of whoredom, and it screwed up the whole gym. Any of this ring a bell? The best advice I can offer is to make sure you’re the one who doesn’t give in. If everybody else decides to accept the brainwashing, you have to be the holdout. Trust me, you’ll get a lot of satisfaction from it.
3 Don’t think you’re gonna get 20-year respect when you’ve got two years of experience
Let me tell you a little story to illustrate this one. In 1993, I went to my first National Championship. I wasn’t a serious player on the national scene yet, just a 20 year-old kid trying to break into the ranks. While I was at the meet, I spent most of my time hanging with Dean Goad, who was my teammate. Dean was one of the best lifters in the country, and I was basically just his sidekick. At one point, I remember sitting with Dean and four or five other guys who, like him, were all national champions, world team members, etc. They were all jackassing and having a good time, while I just kinda sat there and listened. I remember a distinct feeling that I was out of my league. These guys were heavy hitters on the national weightlifting scene, with big resumés and multiple championships. I was a nobody. Because of this, I knew it wasn’t my place to jump into the conversation and act like I belonged in their circle. It was pretty clear that I needed to pay some dues and accomplish something big before I could put myself at their level.
Now, fast forward twenty years, and the internet has changed all of that. People who haven’t paid their dues and accomplished anything can establish themselves as major experts to the online masses who don’t know any better. They’re posers, plain and simple. They expect the same level of credibility, voice, and presence in the sport as people who have accomplished ten times more than them. Oh well, I guess it’s just a byproduct of living in a world where you don’t have to be face-to-face with anybody.
4. Don’t disrespect other lifters and coaches, especially if you’re not perfect yourself
All lifters are in the process of developing their technique, which takes a long time to do. When you see lifters who are in the middle of this process, you’re going to see technical glitches in their lifts. Fixing these glitches can take weeks, months, or even years. When an outside coach sees a lifter exhibiting these glitches, it’s easy to say they’re making mistakes in the way they train, that their coaches aren’t doing the right things, etc. They instantly pass judgment on that athlete’s coach, acting like they could fix everything with their magic wand.
Listen, none of us have a stable of lifters who are all 100% perfect. Absolutely all coaches, regardless of how successful their records are, have athletes who are doing some little things wrong. You can’t dump on everybody else when your own lifters are in the process of fixing their glitches too. You’re just like every other coach in the world, trying to make everything perfect and working like hell to get there.
Abrupt end of list.
I know there’s always a risk of pissing some people off when I write stuff like this, because I might be calling out something you personally do. If that’s the case, I’m just gonna respectfully ask you to think about making some changes. I’ve personally violated every one of these rules at some point. That’s why I recognize them so clearly. We’re all trying to get better, brothers and sisters. Sometimes we’ve gotta feel a little discomfort along the way. The labor pains are worth it… as long as the baby comes out.

Richie
Best read of my day! Good stuff dude.
Tricky Fitness
I agree with this. Don’t think you’re gonna get 20-year respect when you’ve got two years of experience. Because you need work a lot to earn respect.
Ian
Like the tips but you might not want to throw the word 'whore' around like that. Weightlifting already seems to suffer from unchecked masculinity that teeters on mysogyny when words like that are used to put people down in the gym. I notice it in myself even, especially when I get surprised when I see one of the few female weight lifters that I've come across throw around some monster sets.