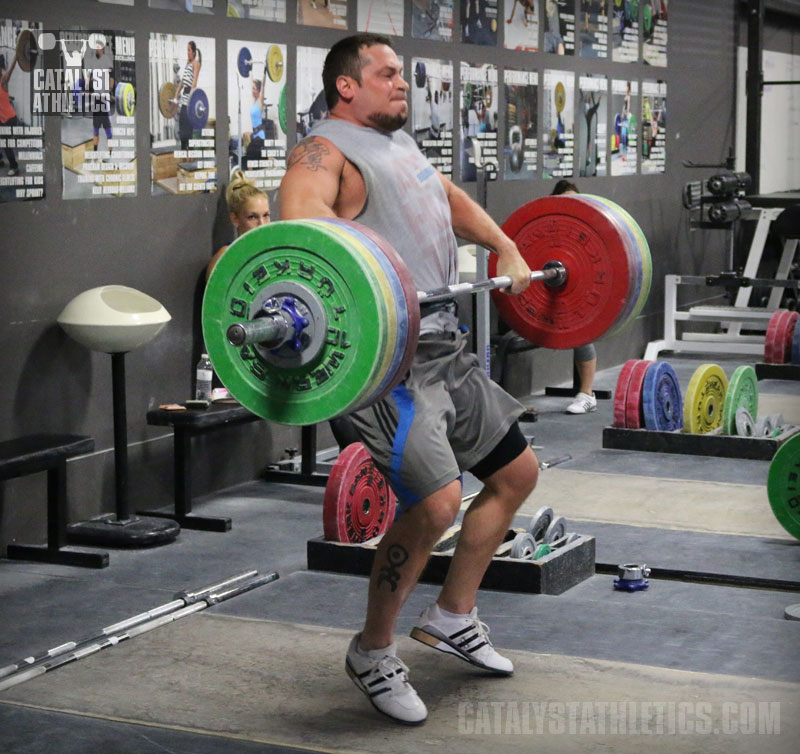 Phil
Hang in there. I had a Bankart Repair to fix a torn labrum and the going is slow, but you do get there. You are doing more than the average person to recover from this, and therefore you will have better than average results.
Roger
Hey Gregg,
I subjected myself to a dislocation of my left shoulder, tearing the supraspinatus and infraspinatus completely off the bone, minor damage to the labrum. both muscles re-attached with double post repair and only 1 anchor for labrum. that was 18 months ago and still have difficulty lifting a gal of milk off the top shelf in the fridge..i guess not bad at 53 yr old...LOL
Carl Johnson
You will be good in no time. I've had both shoulders surgically repaired. Front Squats were much easier at first for me and I just used a cross arm grip at first. 1 year after surgery I was about 90% and 16 months 100%. Stay Strong and Positive!
Ben
Just take it one day at a time, no need (or point) in trying to plan far ahead coming back from major surgery. Just keep plugging away and it will all sort itself out in time....
Gwen C
You nailed it. I'm +15 weeks from a rotator cuff repair and based on my experience this is exactly what to expect. Being slightly farther along in the process myself, I can say that it will get better. But I'm not sure reading this would have been helpful before I had the surgery ;) The one thing I have learned is to do no more and no less your PT says.
Amanda
Thank you sharing. I have the exact same injury but to a lesser degree. My c&j is okay but the snatch and overhead squat make my shoulder feel imbalanced. The physical therapist, however, did not recommend surgery because he said it is not worth the risk of not being effective. I'm 28 and don't know how much time I could actually afford to take off for surgery anyway. I hope you recover quickly!
Josh
Hey man, I've had reconstructive surgery on both shoulders. It sucks, but it does get better slowly. With previous dislocation history this is a major concern to me - is there anything I can do to make sure I don't suffer the same fate with my already compromised shoulders?
Only things you can really do are focus on ensuring consistent and proper lifting technique to avoid improper positioning and unusual strain, and invest a lot of time into strengthening and stabilizing the joint in every way possible - all that boring rotator cuff and scapular stability work everyone hates.


Greg Everett
Maniee
Thanks for the info. I needed to see what other people are experiencing with their recovery. I just had rotator cuff surgery on the 1st of Oct, and am slowly starting to regain my range of motion. Waking up in the morning is when I experience the worst pain. my goal is to at least recover enough to take the cert class in Feb in palm springs.
Melanie
Hi Greg-

How's the recovery going now, mid Dec.? I'm going through my own rotator cuff repair rehab from a Nov 19 surgery; I'm in a smaller town where they don't seem to deal with athletes often and I like hearing your perspective.

I hope things are progressing nicely for you.
Very slowly, but steadily, regaining range of motion. I think the surgeon's prediction of a 1-year recovery is going to prove accurate.