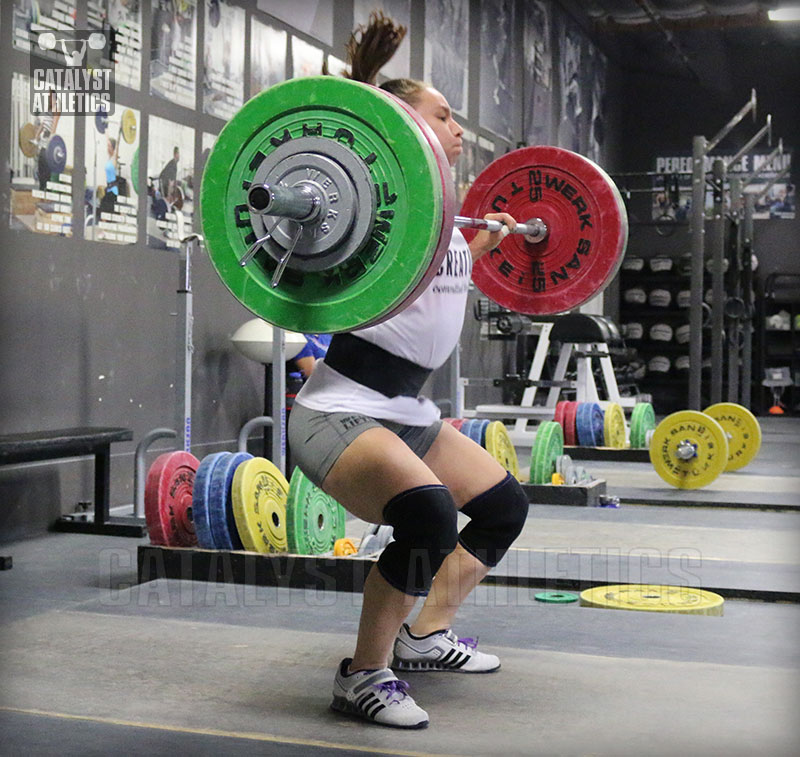 This is a technique article, and many of you need this input pretty bad. So I’m gonna get right to the point. No stories or jokes to set the mood.

Many of you have rough technique. We know this, right? You’re not stupid or worthless or anything, and I’m not insulting you. You’re developing weightlifters, and straightening out your technique on the road to making it perfect is a process that takes years. During those years, you have plenty of time periods where you’re making mistakes. We all know these things. Normal stuff.

One of the mistakes many of you are making is using something I call the Rip-Dive-Crash technique in the snatch and clean. Let me give you a description of how this works: When you watch world class weightlifting with an untrained eye, you think this is what elite lifters are doing. It kinda looks like what they’re doing. Plus, you get input drilled into your head all the time like, “Rip that pull as hard as you can!” and “Get down into the bottom as fast as you can!”

When you’re using the Rip-Dive-Crash technique, that’s exactly what’s happening…the weight is crashing on you in the bottom position. There’s a moment of impact when that weight just slams you. This can be a problem for a couple of reasons: So, what are you supposed to do instead?

You’re supposed to practice receiving the bar on the way down to the bottom position, instead of just jumping down there and letting it drop on you. I’m going to openly admit this is a difficult concept to explain, especially in writing. But I think I can pull it off, so just stay with me.

The best way to understand this kind of movement is to see it, so I’m going to give you a video here. This is Bulgarian legend Zlatan Vanev training back in the 90s when he was in his prime. I want you to watch how he moves, specifically at a few points I’m going to highlight.
THIS is how you’re supposed to do the Olympic lifts.

So, let’s address a few questions that are in your head:

So are you trying to just power snatch/clean the weight and then continue down into the squat phase? Sorta like that, but obviously it’s all supposed to be one fluid movement. It can’t literally be a power snatch into an overhead squat. That might be a really useful drill to teach this kind of technique, but you don’t want to have any choppy separation between the up phase and the down phase of the lifts. And with maximum weights, you’re obviously not going to be able to catch them in the kind of high power position you normally think of with PSN or PCL.

Will power snatches and power cleans help develop this technique? Well….kinda…but not really. You won’t get good at performing the full movements by training yourself to power snatch and power clean. That’s for sure. Can power snatches and power cleans be useful tools for teaching and developing technique? Yes, but only if they’re used correctly in the program. There’s a lot of risk of using them incorrectly. Personally, I’m always going to lean more towards practicing the full movements. But I won’t deny the usefulness of power movements in certain cases, with a certain approach.

It’s so hard to learn how to do this correctly. How can I learn it faster and easier? You can’t. Nothing happens fast and easy in weightlifting. Everything happens slowly and with a lot of difficulty. If you can’t handle that and if you’re not willing to commit years to this, you’re in the wrong sport.

If you’re a Rip-Dive-Crash lifter, you’d better fix it. It’ll either limit you or end you. These are just some tips on how to fix it. Happy hunting!

Nathan
Awesome article Matt. Pulling 60 kilo snatches and finding myself catching 120 has definitely led me to help out Ibuprofin stock prices in the past.
Tim Triche
It is terrifying how fast Vanev moves. Watching him warm up made me realize what I really need to work on. I can split snatch about what I can snatch, and it doesn't seem to make any difference how much I force myself to squat snatch (hey, at least I stopped power snatching once and for all). But the SPEED... the speed and and the lockout on the way down is what amazed me. Thank you for choosing this particular video as an example. It helped, a lot.
Rick
Yes he is lifting correctly and does not hit the bar with his hips on the way up !! The fist time I did a snatch was 1968 , I have been lifting since then .. Olympic and Power lifting and bodybuilding the days when I use to curl 210 X3 at a body weight of 155 and a one arm clean and jerk with 150 are gone now but it is still important to lift !!!