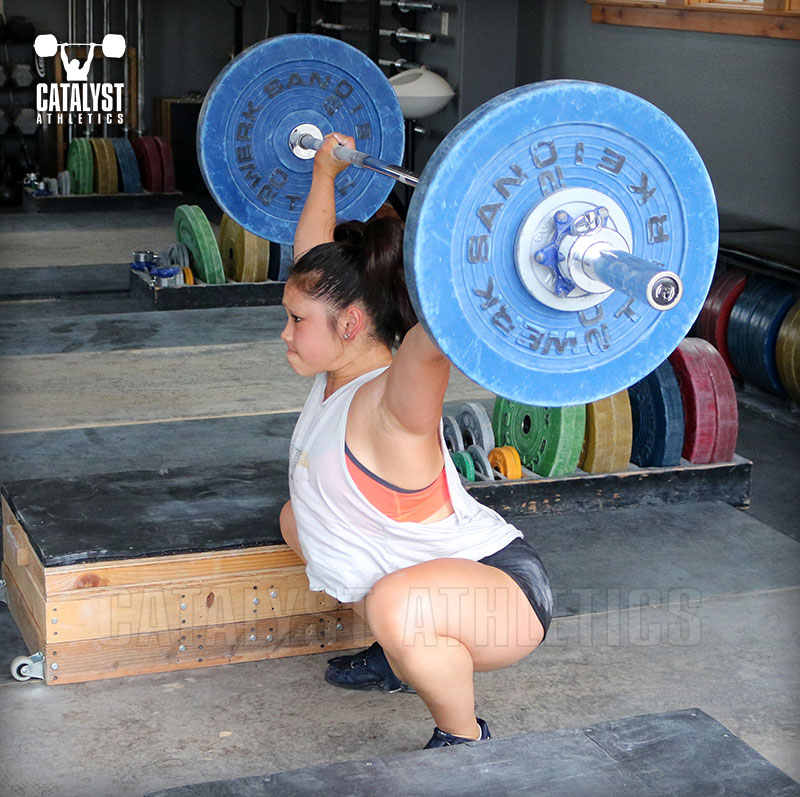 Throughout my years of weightlifting adventure, I’ve met two guys who falsely claimed to be Olympians. Both of them were coaches who were trying to promote themselves by saying they were on the 1980 Olympic Team… and they were both lying.

One of them was a weightlifting guy I knew in the late 90s. He never personally told me his Olympic lie, but I found out through other people that he had business cards he passed out to prospective clients with “1980 Olympic Weightlifting Team Member” on them. The other dude was almost the exact same situation, but he was in a different part of the country during the early 2000s, and he told people he was on the ’80 Olympic Track Team as a shot putter.

As I said, neither of them ever personally tried to lay this bullcrap on me, probably because they knew I was deeply involved in both weightlifting and track, and it would be easy for me to catch them. They stayed on the outside fringes of these sports and spread their tall tales to non-sports people who would most likely never research them. I think it’s funny that they both picked the 1980 Olympics to lie about, probably because the United States boycotted those Games and they figured it would help them stay concealed.

Obviously it’s pretty pathetic to spend your life manipulating people and trying to endorse yourself with phony accomplishments you never had. Granted, I understand why both of these guys were doing what they were doing. It’s because people get dazzled when they hear you’ve been an Olympian. Having that title gives you a special level of status and credibility.

I never made an Olympic Team, but I was a top national-level lifter for several years and I competed in the Olympic Trials, so I’m familiar with the general ballpark of what it takes to achieve that position. Just like everybody else, I’m hugely impressed when somebody tells me they’ve been an Olympian, in any sport.

But do you want to know something? It’s not the actual Olympic Team membership that knocks my socks off. What really impresses me the most is when I know what kind of life a person has had to live when they’ve achieved that legendary level. Whether they were Olympians, National Champions, World Team members, or maybe just high-level veteran athletes who cranked out elite performances for several years without ever reaching the top of the mountain… there are certain things you understand about people who have these accomplishments. You know the things they’ve had to do, what they’ve endured, the things they had to give up, the failures they’ve had to overcome, and the pain they’ve swallowed. The titles of “Olympian” or “World Champion” clearly demand a different measure of awe, but those titles alone don’t make me respect somebody. The respect comes from what they had to do to make it to that level. Here’s a partial list of what I’m talking about:

- They gave up a lot of “normal life” fun stuff most people get to enjoy.
- Their relationship history is probably limited and/or complicated.
- They’ve spent plenty of time broke (money).
- They’ve spent plenty of time broken (injuries).
- They’ve trained at a level of physical torture that would kill most people.
- They’ve had internal struggles that only an athlete can relate to.
- They’ve been beaten in competition.
- They’ve dealt with dysfunctional relationships with coaches and/or training partners.
- Their families had to go through all of this with them.

It’s also important to understand that it’s entirely possible to live this kind of life without ever winning a big championship, or maybe even making it to a big championship competition. Championships are largely connected to the amount of talent you’re born with. Olympians have lived the life I described above, but they were also born with uncommon ability. Trust me, there are plenty of athletes in the world who weren’t born with uncommon ability, but they’ve still fought the wars and banged it out in the sport for years trying to get to the top. And guess what? They deserve the same kind of respect as the champions, in my opinion.

I spend a lot of time around athletes, so I already know the answer to this question. Many of you have a low self-opinion. You constantly kick yourself in the ass because you’re comparing yourself to other people who are better than you. Some of these people might not actually even be better than you, but you’ve convinced yourself they are.

Maybe the first step in fixing your attitude is appreciating how special it is to live the life of an athlete, regardless of how high you work your way up the ladder. Look around you every once in a while. There are plenty of people in this world who can’t do what you do. They’re lazy, or scared, or they don’t have the same fire in their hearts as you. The fact that you’re an athlete means you’ve got something special inside. Not everybody has it, and you should feel proud of that.

A little pride in what you’re doing might be the first step towards a more optimistic attitude.

Believe in yourself, my friends. It might not guarantee you a spot on the Olympic Team, but you don’t have a prayer without it. You don’t have to be a champion to be a winner.


5 Comments
TheO Tz
Great article man. Truly inspiring
yasha
great article!
Ironegg
Love that partial list. Yup, nine out of nine. All by my own choice of course!
Jessica
Awesome article! Thanks!
Steve
For those interested, here are the individuals who were actually named as part of the 1980 team: http://www.teamusa.org/usa-weightlifting/our-team/olympic-team-alumni