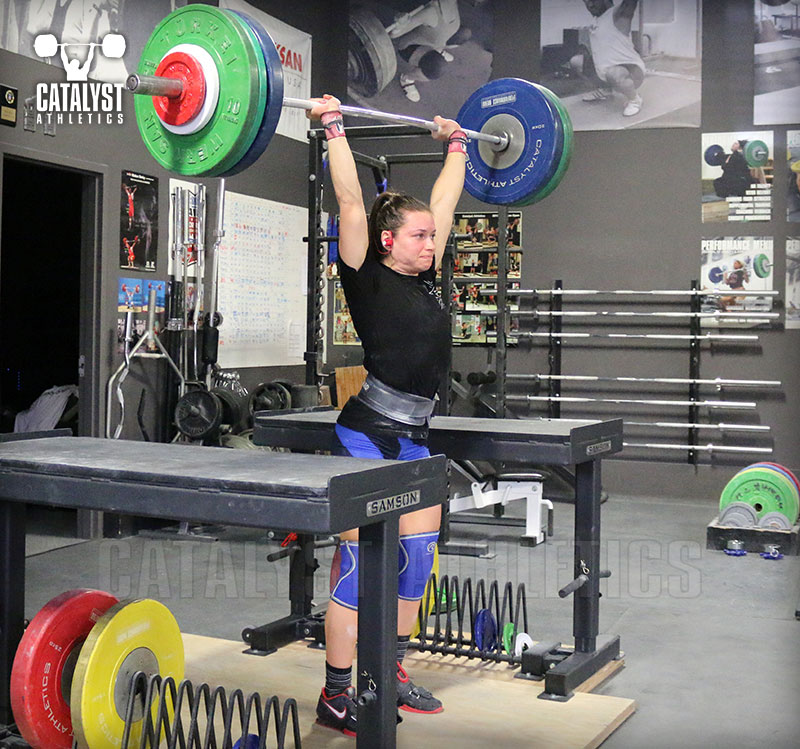 I realize it’s a trite observation, but these days most of us truly do expect instant gratification, and finding the willingness and discipline to do what it takes to achieve a difficult long term goal in a person is about as easy as finding the end of a rainbow or “enough caffeine”.

I can tell you how dedicated an athlete you are if you describe the last three days of your life to me, and I’m willing to bet you won’t like my assessment. I’ve had this conversation with a number of lifters and there is nearly always some cognitive dissonance on this topic—athletes tend to far overestimate their dedication, see their behavior as more accurately representing their stated commitment than it actually does, and viewing themselves as more advanced in development than they are.

Now keep in mind, an assessment about your commitment that doesn’t align with the way you perceive yourself isn’t a value judgment of you as a person. By telling you you’re not actually as dedicated as you think you are and that if you want to achieve the goals you’ve set for yourself you need to make changes, I’m not telling you that you’re a miserable human being with nothing to offer the world (although you may very well be—it’s just not related to the issue at hand); I’m trying to help you actually make achieving your goals possible. So quit crying about it and you’re welcome.

You’re building habits and a mindset every minute of every day (not to mention building your athletic abilities and capacity), so everything matters from the moment you set the goal to the moment you achieve it.

Let’s start this off by making something abundantly clear—I’m not telling every single one of you that you need to live your lives like Olympians in training. I’m simply telling you that your life has to align with your goals. If you lift recreationally, you get to do whatever you want all day every day and lift whenever and however you can or want, and I’ll never tell you to do otherwise until you come to me and ask how to get better beyond the threshold allowed by that approach.

Now if you want to go to the Olympics, make a world team, win a national championship… it’s a different story. You don’t get to do whatever you feel like at any given moment. Your goals require your life to be built around your sport, and the degree to which you’re willing to do that will be reflected in the degree to which you reach those goals. In other words, you don’t have to live like an Olympian if you don’t want to be one… but if you do want to be an Olympian, you have to live it every minute of every day starting the day you make that decision.

It seems there is a very unbalanced ratio of people who like the idea of being great athletes to those who actually understand what it takes to become one; and the number of people who understand what it takes and are also willing to do it is even smaller than the latter. There are a few reasons that there aren’t a lot of truly great athletes in the world, and that’s one of the big ones.

One thing people are incredibly adept at is finding excuses. I’m occasionally impressed by the level of effort they’ll put into crafting elaborate excuses since it at some point begins to rival the effort necessary to just do the very thing they’re trying to avoid.

The most common response to being told you’re not as dedicated as you need to be is to scrape up an example of some successful athlete who spent the six weeks leading into the Olympics doing blow with a gang of hookers (they exist) or swears they don’t work hard, eat well, sleep much, etc. Guess what? They’re anomalies, so quit pretending you can get away with whatever they can. That’s a great plan for a lifetime of regrets and more excuses. If you truly want something, instead of looking for evidence that you don’t need to work as hard or be as dedicated, you’ll look for ways to get better.

Another one I’ve encountered more than once is the deferment of dedication and effort. This is the misguided notion that since an important date (e.g. major competition) is sometime in the distant future, it’s unnecessary to commit fully yet—it can wait until closer to the big day. The Olympics are four years away, so why work so hard now? I’ll get serious a year out.

You can’t look at things just in terms of training cycles and imagine that a couple of cycles is all it’s going to take to advance you from your current status to Olympic medalist. If I were kinder, I’d say that’s naïve, but actually it’s just plain stupid and lazy.

You’re building habits and a mindset every minute of every day (not to mention building your athletic abilities and capacity), so everything matters from the moment you set the goal to the moment you achieve it. It’s a long term building process—you can spend all that time building and improving every aspect of performance, or you can waste the majority of that time achieving less and creating habits of mental weakness and undisciplined behavior. There’s no downtime or time off—it’s all preparation time. What you choose to do will either define you as a great athlete or just another person who wasn’t willing to do what it took.

As has been said in nearly every B movie since the beginning of time, Talk is cheap. It takes zero effort to tell people how dedicated you are, how hard you work, or how hungry you are, and it means nothing—in fact, usually the more you talk about your dedication, the worse it is. If it were great, you wouldn’t have to tell anyone, including yourself—it would be obvious to anyone who cared to take notice.

I’m not saying you can’t or shouldn’t be proud of what you’re doing—just make sure you’re actually doing it first.

If your response to being told you need to make changes is, But I want to enjoy life! then being a great champion isn’t for you. If you see living the lifestyle of a great champion as unenjoyable, see training and the related necessities as inconvenient and disruptive to your life, or are more interested in “enjoyable” activities than in achieving your biggest goals, then you quite simply don’t have the constitution to be great. I hate to break it to you, but that’s a simple fact. You can’t have it both ways. Want to go out drinking with your pals on Friday nights instead of getting to bed early, or skip training to go on vacation six times a year? You’re not destined to be a champion (see above about looking for exceptions to this rule—don’t be stupid).

You have to find enjoyment in things that don’t harm your long term progress by disrupting sleep, creating unnecessary stress, introducing conflicting physical adaptation demands, creating disruptive local or systemic fatigue, or disrupt your training schedule. You have to maintain a long term perspective focused on what you want to accomplish, not what's convenient or fun right now. Believe it or not, this isn’t impossible, and if you’re whining about it, go ahead and quit now and save yourself the disappointment of failing later. You don't have to be a monk—you have to be an athlete.

I’ve written in the past about learning to enjoy the process since the rewards are so few and far between, especially in a sport like weightlifting. This is the ideal situation—the one in which you derive satisfaction from the hard work and the sacrifice as well as the actual achievement at the end of it all. But in reality, you don’t have to enjoy the process—you only have to believe you’ll enjoy the ultimate result more than anything else.

I don’t want to sound like your freshman ceramics teacher (who’s also your Photo 1 teacher), but take some time to really reflect on all of this. Decide what exactly you want out of this sport—what that is is entirely up to you and don’t let anyone else tell you what it should be. But once you’ve made that decision, take a look at what it’s truly going to take, and then you can make a final decision—whether or not you’re willing to do what it takes to be great.