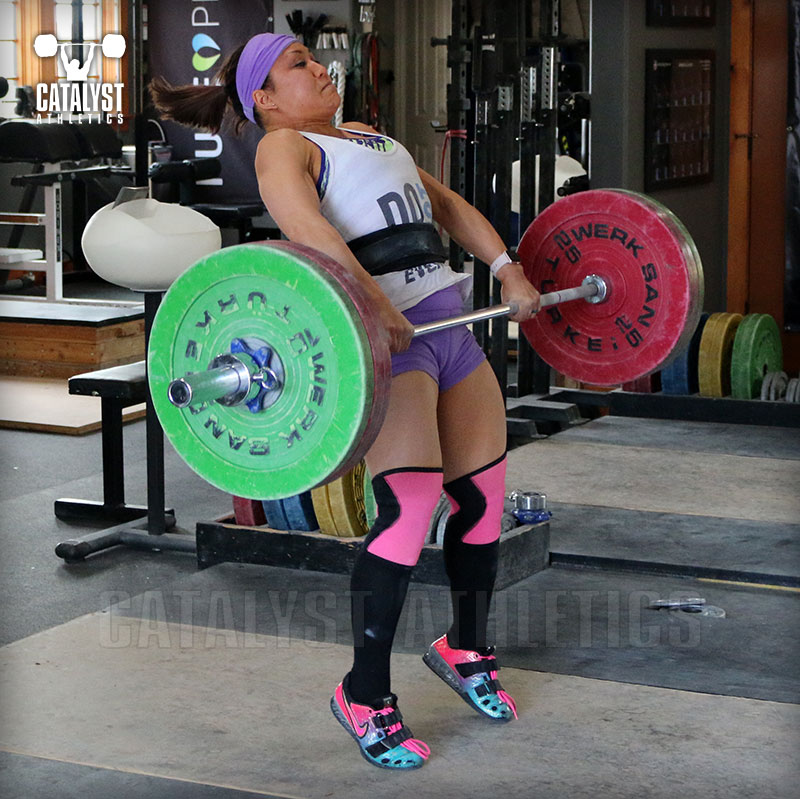 Weightlifting is a sport that elicits a lot of skull sweat in a number of different ways, the most common of which is arguably related to technique learning and corrections. However, like any motor skill, thinking during the process of execution itself largely precludes proper execution because of the extremely limited time of execution and the complexity of the motion. I have seen smoke venting from the ears because of the wheels grinding in the noggin.

It’s also a sport in which there are times that the complete suspension of thought is beneficial and even possibly necessary for success. I think of this process like the classic Wile E. Coyote move of running off of a cliff but not actually falling until he looks down and realizes the ground is no longer beneath him—sometimes lifters are successful because they have no idea that they shouldn’t be able to do what they’re doing.

The trick is to balance these two extremes out—dome smoke and transient stupidity—and apply each at the proper time.

When You’re Not Training Thinking in expansive detail about lift technique is probably best reserved for times at which you’re not actually training. This is the time to be curious and investigate new ideas and perspectives on lifting, discuss ideas with your coach or other lifters, consider your own problems and what you have and haven’t tried, and come up with some strategies to implement in your next training session.

Between Sets During a training session, the best time to think is between sets rather than during them. This is the time to evaluate the information you collected during the previous set(s), analyze it, and figure out how to interpret it and implement appropriate changes in subsequent sets. Ideally you have a coach to provide you feedback on the previous set—both what you did incorrectly and how to fix it—and you’re able to synthesize that information with what you felt.

After You Train This is a good time to think about technique—you’ve just trained and collected a bunch of data, consciously or not. Now you can try to sort through it and get it organized so you have something to work with the next time. This is when the sensations of the lifts will still be fresh enough to be helpful, but you have more time to think in detail and don’t have to worry about confusing yourself for subsequent sets. Make some notes in your training journal that you can refer back to as you’re preparing for the next training session.

During a Lift This is the time when you have to be the most discerning and disciplined about your thinking. It deserves its own heading:

When it comes to thinking while actual performing a lift, you need to be smart about when and how you do it in order to ensure it’s actually helping more than hurting. My rule about this is pretty simple: You get a maximum of three items per lift—one per lift phase (phases created for this purpose, not technical phases). One thought during the set-up / pre-lift phase, one during the lift motion itself, and one during the finalization of the lift (i.e. once the bar is overhead or on the shoulders).

These thoughts also have to coincide with the phase in which they’re being thunk—pre-lift, you should be thinking about something related to the starting position or the initial break of the bar off the platform, e.g. locking in your back arch; during the lift itself, you need to be thinking about something occurring during that motion, e.g. guiding the bar up the body rather than allowing it to swing away; and in the final phase, you need to be focused on something happening after the motion of the lift itself, e.g. forcefully retracting the shoulder blades to secure the bar overhead.

This allows you to focus on more than one thing per lift, but prevents your becoming overwhelmed during an extremely brief moment and slowing yourself down—if you’re thinking of three different things during the pull of a snatch, you’re just asking for disaster. Your brain can process an enormous amount of information in that time, but not consciously.

In addition to this limitation of items, you need to minimize the bulk of each thought. In other words, you need to reduce whatever concept or correction you’re focusing on to the briefest chunk of words possible without sacrificing effectiveness. Sometimes this can be a single word; sometimes it’s a quick phrase. For example, if your focus during the second phase is lifting and replacing your feet flat instead of allowing yourself to drag your toes backward and roll down onto the whole foot, you may be able to simply think feet; or, at least initially, you may need to think flat feet or lift the feet.


The Suspension of Disbelief

The suspension of disbelief is what movie makers want from you—to believe for two hours that you can jump a car from a bridge into a helicopter, or that Steven Seagal can win a fight with anyone over the age of three who has full control of their limbs. In weightlifting, this is more commonly considered confidence—the belief that you’re capable of whatever it is you’re attempting, i.e. a lack of doubt in yourself. If you’re attempting a PR snatch and don’t believe it’s possible, good luck. This is a complex topic, but for our purposes here, let’s just say that a significant part of it is learning to not think while lifting, as the more you think, the more likely you are to entertain negative thoughts that foster self-doubt. Discipline your thoughts with practice using the guidelines above, and you’ll be well on your way to more success.