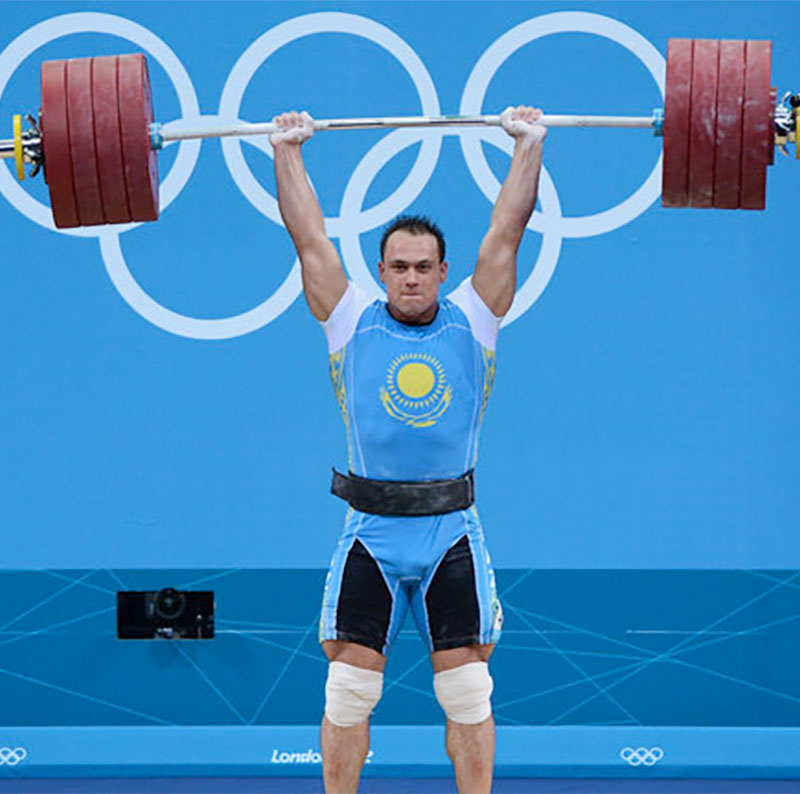 When somebody in the military or police fires a warning shot at you, it means you’re doing something wrong, and they’re giving you one last chance to stop doing it before they shut you down with force (i.e… kill you).

This is exactly what’s happened over the last two weeks in the world of Olympic weightlifting. In case you haven’t been following the news, let me break it down for you. There have been two major announcements to our sport from the International Olympic Committee (IOC) in recent days: *There’s an additional angle to announcement #1 about the men’s division having to remove one of its weight classes at the 2020 Games to achieve gender equality (7 classes for both men and women), but I’m not going to focus on that because this article is about the drug issue.

Reading between the lines, here’s what these announcements mean in the simplest possible layman’s language: Because of the enormous number of drug scandals that have happened in weightlifting over the last few years, the IOC is very close to kicking our sport out of the Olympics entirely. They’re hitting us with a massive athlete reduction at the 2020 Games to show us they’re serious. If we can’t convince them that we’re cleaning up the drug problem in a big way, we’ll get the boot after Tokyo. They’re demanding a pretty impressive report from the IWF and, needless to say, we can’t have any more scandals like the ones from 2015-16.

The IOC fired a warning shot. If we don’t get our act together, the next one is coming right between our eyes.

I really don’t want to sound like a Negative Ned, but I don’t have a lot of hope for this ending well. As I’m writing this article, I’m looking at the USADA website (US Anti-Doping Agency). Five of the last eleven announcements on their media page have been drug suspensions in American weightlifting. And we’re supposed to be one of the cleaner countries…

When these IOC announcements hit Facebook last week, I saw a comment from somebody who said this is all a good thing, because the seriousness of the news will be a good deterrent for athletes. In other words, maybe people will stop taking drugs because we’re in danger of getting the Olympic axe. If you believe this, please stop by my house sometime. I have a winged Pegasus in the back yard I’d like to sell you.

If you’re a drug-free athlete, as I was throughout my entire career, weightlifting is a bit of a hopeless sport. You know many of your competitors are cheating and getting away with it, which holds back your own achievements. But you put your chin down and just continue fighting anyway. Now…the hopelessness is catching up with us. It’s very close to ruining the party for everybody. As I’ve written before, the drug cheats might just get us all lined up against a wall and shot.

Here in America, we used to be able to take the moral high ground and blame the whole mess on the drug powerhouse countries in Europe and Asia because our top lifters were all clean and we knew our international competitors were all dirty. And that’s still true, but to a more limited extent. As the USADA site shows, we’re racking up our fair share of positive tests nowadays.

Many of you are getting angry as you read this because of the very clear fact that we’re not the only Olympic sport with a drug problem. Why is the IOC talking about kicking us out, but not sports like track and field or cycling? Both of these sports have a ton of athletes getting popped, just like us. So why are we getting hammered? There are a lot of answers to these questions, but the biggest one…as always…is money. I’m not going to do a detailed explanation of global sport politics in this article, but you can have faith in the understanding that much of these decisions are financially based.

Some of you are saying, “Screw the Olympics! Let them kick us out! We don’t need them!”

Trust me…we want to stay in the Olympics. Yes, the sport would survive if we got dropped. But it would be a blow that would cause the kind of damage we’d never fully recover from. Sometimes it’s easy to forget how fantastically special the Olympics are, and how much it does for our sport to be included.

You never know, the decision might have already been made. Maybe the IOC has already made up its mind to kick us out, and these announcements are just part of a four-year gradual public relations process they want to implement to make themselves seem more fair. I’ve thought about that too, although I hope it’s not the case. I think we’ve still got a chance, and that chance is hugely dependent on whether we produce any more scandals.

What a murky wasteland we’re all sitting in. If you play by the rules, you want to see cheaters get busted. But if a lot of cheaters in our sport get busted in the coming years, we’re all going to suffer an Olympic death sentence.

If there’s a message to this article, it’s that we all need to train hard, build this sport up the right way, and stay clean. Even if you’re not a contender for the Olympic Team, your actions still affect all of us. When you get popped for drugs, even if you’re not a great lifter, your name gets published on the USADA website, along with your sport. You better believe over the next four years, the IOC is going to be checking the anti-doping websites of every country in the world. The more weightlifting suspensions they see, the more danger we’re all in. This isn’t just a childlike plea for everybody to play fair and behave themselves. This is an absolutely realistic evaluation of the consequences that are hanging over our heads like a huge boulder dangling by a string. If we keep screwing up, we’re dead.

Don’t wreck it for all of us.

Atinna
I now feel bad for clean athletes, and athletes with a legitimate medical condition who went out of their way to obtain TUE's. I feel that 2020 might make Olympic Weightlifting as a sport stuck in a limbo.
Jesse
In regards to track and cycling's doping problems; money is a factor but those sports have also gone much farther in their efforts to clean their sports up. Both have far more comprehensive testing procedures, including biological passports. They're not going to catch everyone, no one ever will but at least they're making a serious effort. IWF needs to follow the same path. Also, money is the reason they're trying so hard. After cycling's peak doping era, they were losing sponsors left and right. They cracked down because the image was so bad and they were going to lose millions over night.
Sebol
Can you imagine what would happen if all weightlifters went drug-free? We'd see all totals go down, and most records wouldn't be broken for the next several olympics. The sport would get even less audience than it does now. "Commoners" are idiots who want better results but despise PEDs.

The truth is the best solution would be to allow all athletes take as many drugs as they want. Everyone would be truly equal and there would be no blaming PEDs for success. Not to mention taking medals away which is an utterly disgusting practice