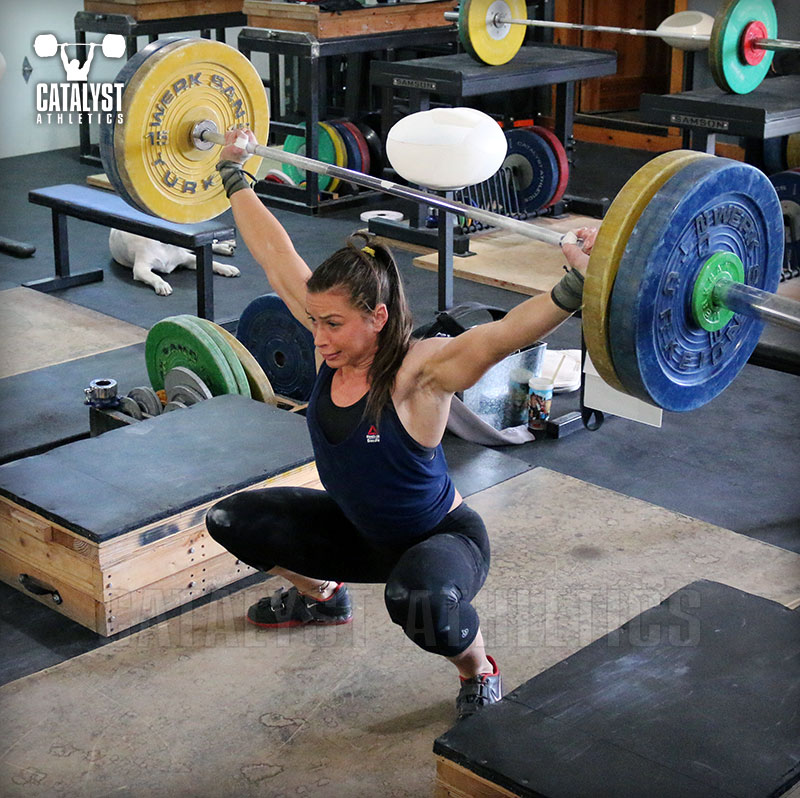 Years ago, I was training with a gal who was one of the top national/international lifters in the United States. We had just recently returned to the gym after lifting in the National Championship. She had won, but her performance wasn’t great. She had a 2/6 day, only making her openers and almost bombing in the snatch. Fortunately, even her 2/6 total was enough to win easily, but obviously she wasn’t happy about how she did.

Anyway, she was sporting a miserable attitude the week after this meet. I thought it was just because of how badly she lifted, but I found out it was actually something else. After she had finished her lifting at the nationals, she was back in the warmup room taking her lifting shoes off and getting ready to go to drug testing. A coach walked by her and asked, “Jeez, what happened to you?” This guy wasn’t her personal coach or anything…just one of the dudes on the national scene. And according to her, he didn’t say it with any meanness or attitude. He was trying to ask an honest question about what caused her bad day.

But that question wrecked her. For whatever reason, it bothered her down to her bones, and she couldn’t get it out of her head. Just some random guy that she didn’t even know very well walking past her and asking, “Jeez, what happened to you?” was enough to send her into a tailspin that it took days to recover from.

It was a tiny comment that didn’t mean anything, but it struck a nerve.

Obviously, there’s an immediate tendency to look at this story and say this lifter was being mentally weak, right? That comment shouldn’t have bothered her that much, she blew it out of proportion, she should have been tough enough to handle it, yadda yadda. Okay, sure. But you need to understand something. This particular gal had already won two or three national championships and made a couple of world teams at the time of this comment. So we’re not talking about some flimsy little head case weightlifter, you know? This was a proven champion with a track record of tough performances.

The point we’re trying to make is that this WAS a mentally tough athlete. But it didn’t matter. We’ve all got comments that can get under our skin, no matter how internally strong we are.

That story was a negative example of the “tiny comment = big impact” phenomenon. Fortunately, I can also give you a positive one.

I was at a big meet back when I was young, and I was in trouble. I had missed my first two snatches and I was getting ready to go out there for the do-or-die 3rd attempt. We all know what happens when you miss all three…first-class ticket to Bombtown.

I was sitting in a chair in the on-deck area, getting ready for my turn (I think I was two or three attempts out). That’s when it happened. A famous older lifter who had been one of my heroes when I was a kid walked past me and made eye contact. He must have known my situation, because he looked at me and said, “Let’s go boy, get out there and stick this one.”

It was like somebody flipped a nitrous oxide switch in my brain. Hearing that comment from that particular guy gave me a blast of adrenaline like you wouldn’t believe. He was a legend, and he gave me just the right words of encouragement at the perfect time. So you can guess the result. I went out there for that 3rd snatch and almost power snatched it. I just ripped the guts right out of that sucker, saved myself from the bombout and went on to make three C&Js and finish with a pretty good total.

Just a few words…that’s all it took. It was a passing comment from this older guy. I think he was actually walking by me when he said it. He didn’t even square up with me and give me a big psyche-up moment or anything. He just looked my way, said exactly what I needed to hear, and then kept walking. It saved my day, and I still remember it twenty years later.

High-level athletes are odd ducks. Most of them have a strange combination of mental toughness and extreme sensitivity. They can summon the willpower to put up phenomenal performances, but they can also be vulnerable enough to get internally crushed by small things that shouldn’t even matter. There’s no male/female angle to this either. Guys can be just as susceptible to it as girls. Gender doesn’t matter. We can all be deeply affected by the most insignificant things. It doesn’t make you weak when it happens. It just makes you human.

I think there are a couple of lessons we can learn from these stories. First of all, you shouldn’t kick yourself in the butt too badly when you get rattled by something somebody says, like in the story above with the “What happened to you?” comment. Even the top champions you all idolize have a certain amount of vulnerability inside. Trust me, they might look like they’re made of concrete and nails, but they’re human. So when you struggle inside, don’t go off the deep end and classify yourself as a mental midget.

However, we definitely want to make this part of our mental development as we progress through our careers. I think that’s the second lesson. The goal is to get yourself to a point where you can handle basically anything without crashing into the side of a mountain. Fortunately for you, I’ve got three decades of experience as a competitor in this sport and I can definitely guarantee that you’ll get stronger over the years. I don’t necessarily think it needs to happen from counseling or therapy or anything either. It might sound terrible to say this, but you tend to simply harden up after a lifetime of pain and struggle.