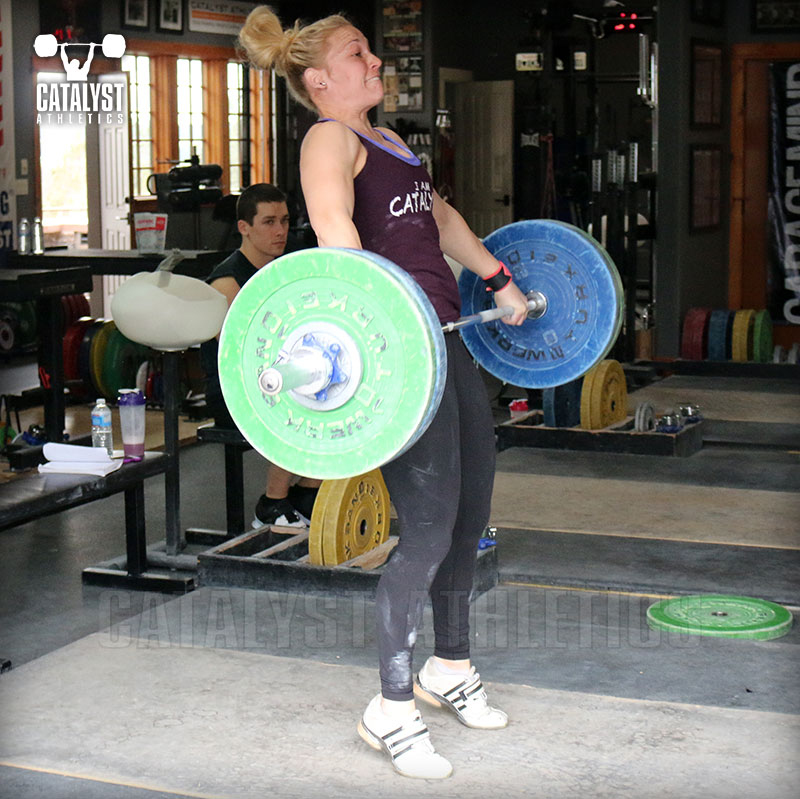 It's a pretty common occurrence to see the attempts at correcting or preventing one problem create another. One I come across seemingly hourly is lifters locking their elbows in extension during the pull of the snatch or clean. Obviously this is a well-intentioned attempt to avoid bending the arms prematurely, but in fact, the result is considerably more problematic.

When you put force into the bar in the pull, it has to go somewhere - when you lock the elbows, the only place it can go is forward - it's forced to swing around the hinge of your shoulder. You may bend your arms to pull under after the extension, but in this case, it's invariably too late - after the bar has already gained forward momentum. At that point, all you can do is damage control rather than prevent the bar from drifting away in the first place.

Check this out about bending the arms in the pull if you want more info.