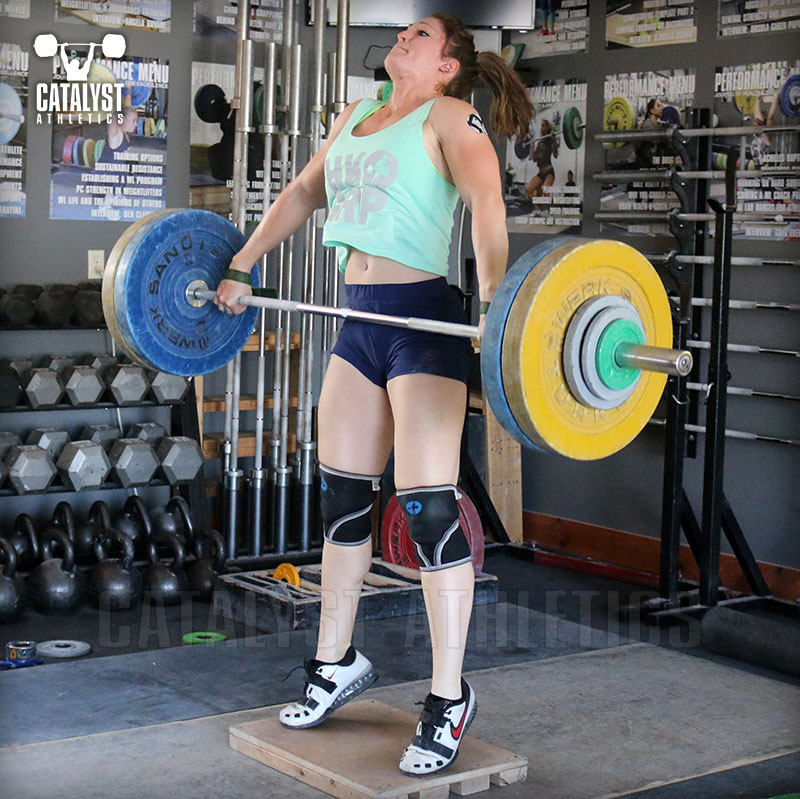 So when we perform snatch or clean pulls in training, why do we shrug up maximally at the top if we're not using the shrug to try to elevate the bar more? It's fairly simple: first, we want to practice the transition and timing from the extension of the knees and hips into the action of the upper body, just as we would with a high-pull, but to a much lesser extent.

The second reason is arguably more important: if we put upward momentum on the bar, we need to provide it a path to travel under that momentum, which is up and as close to the body as possible. If the lifter forces the shoulders to stay in place rather than shrugging them up, that momentum has only one place to move the bar, which is forward. This is why you'll often see lifters performing pulls with stiff shoulders in which the bar swings forward off the hips on straight arms. This builds habits we want to avoid in the snatch and clean and in no way contributes anything to the training exercise.

Just make your goal to squeeze your shoulder blades back together in the shrug rather than straight up or letting your shoulders roll forward.