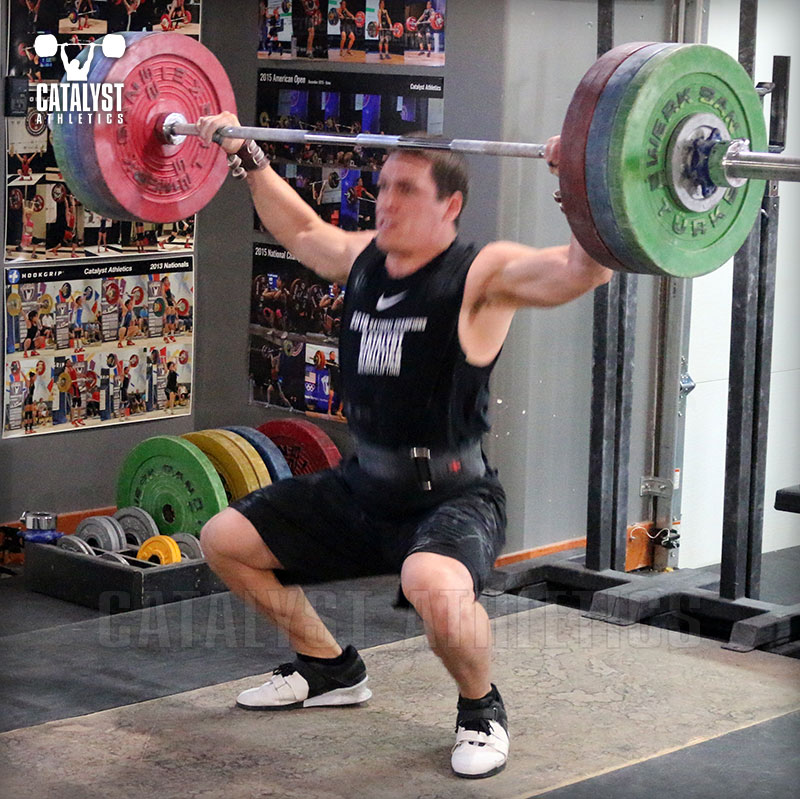 Devin Asks: I tried searching and didn't find what I needed (maybe I didn't type in the right search term... if this has already been covered, I apologize). I recently read your article about arm bend in the first/second pull. I kind of have the opposite problem. In the third pull, I don't think I ever actually activate my arms after the hip drive. Even looking at videos it looks as if they are just bending/moving because of the barbell, not because they are pulling me under. I plan to add high-pulls into my training. Is there something else I can/should do to help encourage myself to actively pull under the bar vs. just falling under it with my hands still holding onto the bar?


Greg Says: High-pulls are a good exercise to work on the timing of the initial downward pull of the third pull as well as the basic mechanics of that phase. However, they’re only as effective as they are accurate. Be sure you’re pulling the elbows up and out and retracting the shoulder blades to move the arms properly and maintain maximal proximity of the bar to the body.

Next I would add muscle snatches, but again, these are only effective if they’re performed properly. Think of the muscle snatch as simply an extension of the snatch high-pull. That is, the initial movement should be identical—a correct pull with the lower body, followed by an active and proper pull of the elbows up and out, and only then a turnover of the bar into the overhead position with an aggressive and quick punch straight up against the bar.

Finally, start doing tall snatches. These are good on their own anywhere in a program, but I find them most effective as a technique primer before you do snatches in a workout. Again, the key is proper execution—pulling the elbows up and out aggressively before turning the bar over. Use that pull to accelerate down and create the necessary momentum to turn the bar over quickly rather than trying to muscle your way through the turnover itself as a way to move under the bar—because that won’t work.