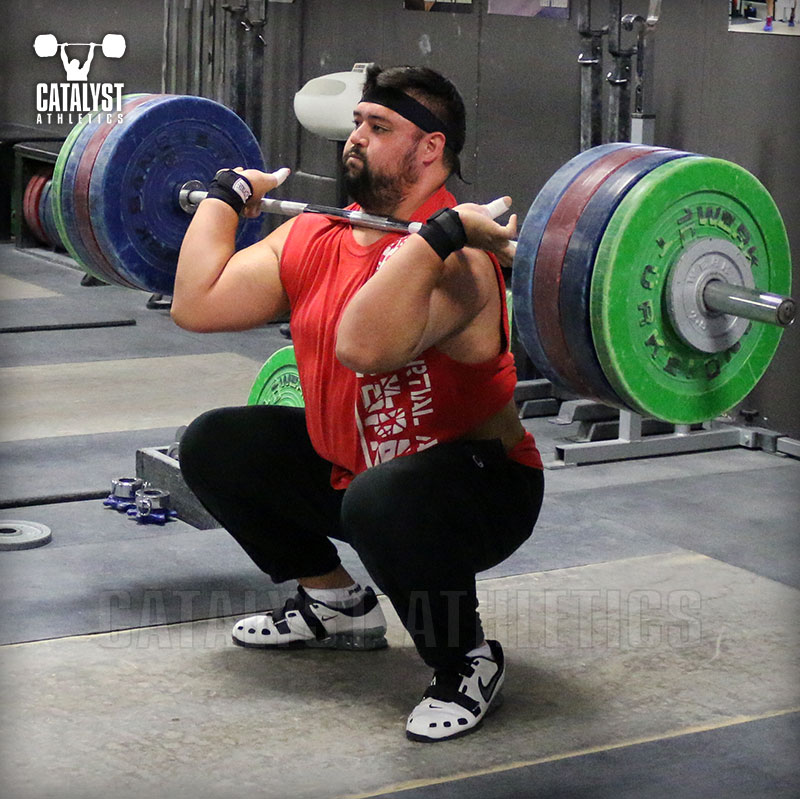 Sam Asks: When programming leading up to a meet, what should your program look like 2 weeks out and 1 week out?

Greg Says: This can vary quite a bit depending on a few things, such as the skill level of the athlete, the types of exercises the athlete best responds to, how the athlete recovers, the nature of the program leading into the competition, and the significance of the competition.

First, let me try to lay out some basics that apply in some way across the board. The final 1-2 weeks is the time to reduce accumulated fatigue as much as possible while maintaining strength, speed and technical precision. It is not a time to get stronger, faster, or technically better—that work is already done. The idea is to be able to access all of that existing ability by eliminating the fatigue that limits it.

Let’s assume you’re peaking for a significant competition—in other words, you want to be in the best possible shape. This is going to be a complete peak, versus a partial like you might do for an insignificant meet in the middle of a training cycle (in the latter case, you’ll probably just back-off a bit in the week leading into the meet, much like you would do a regular back-off week in the middle of a cycle).

The more advanced, heavier and older the lifter, the farther out from meet day you’ll want to do your heaviest lifts. Usually this means 2 weeks out for the last very heavy clean & jerk and squat. For younger, less experienced and lighter lifters, it may be as late as 1 week out, but more like 10 days is usually good. The final heavy snatch can be closer to the meet—usually 7-10 days.

From there, you literally “taper”—start whittling down the intensity and volume until meet day. In the final few weeks, I have usually kept squat weights fairly constant (70-75%) except for maybe a final heavy single 2 weeks out or so. Pulls I will get very heavy 3 weeks out, and then lighter in the second week out—usually 90-100% doubles or so depending on the lifter.

If we’ve taken our final heavy snatch and clean & jerk over a week out, we’ll usually go up approximately to openers 1 week out (or snatch opener and last clean & jerk warm-up).

For lifters who need a lot of recovery, I’ll use a John Thrush style taper week in which we’ll hit 3-5 snatch and clean & jerk singles at 80% on Monday and 5-6 at 60% on Wednesday or Thursday and that’s it. For that middle ground lifter, I’ll do that plus add some pulls and/or squats, and maybe 1-2 more days of very light snatch and clean & jerks (usually power cleans).

For those who are pretty good at recovering, I’ll use a Bob Morris style taper week—hit 1-3 singles in the lifts at 85-90% on Monday, along with clean pull doubles around 90-95%, and a few back squat doubles up to maybe 80-85%. Wednesday or Thursday (depending on the competition day), we’ll hit some snatch and clean & jerk singles around 80-85%, snatch pull doubles around 90%, and front squat doubles or singles around 80-85%. 1-2 other days, we’ll do some light snatch and/or clean & jerk variations.

For new lifters, I like a Mike Burgener style taper that uses the lifts only, but every day. Monday would be snatch and clean & jerk singles around 90% of openers (having hit openers the Saturday 1 week out), then Tuesday 85%, Wednesday 80%, Thursday 70-75%, Friday off or very light (bar – 50% or so), and then compete Saturday.

Like much of programming, what works best will vary among lifters, and even vary in a given lifter’s career. It takes some experimentation!

Jord Gabriël
just what i needed. thanks!!!