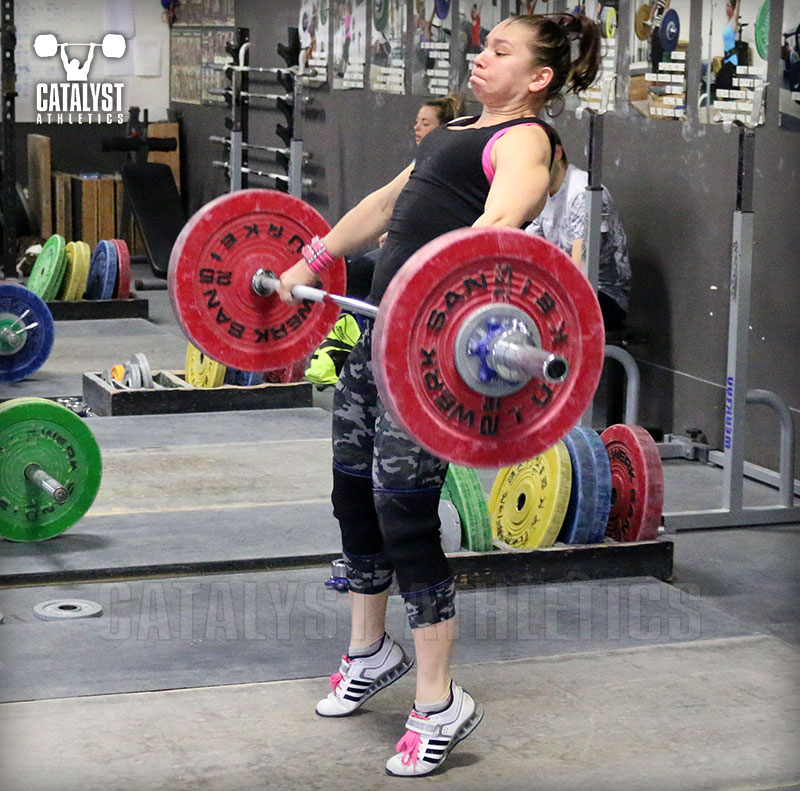 If you’re fortunate enough to train in a gym with air conditioning and/or fans, train without them sometimes. More often than not, the warm-up rooms at meets are crowded, hot and stifling, and doing a big clean & jerk in that environment is considerably different than in a comfortable one.


Weigh In
Bodyweight is a touchy subject for a lot of lifters, and many like to ignore it until they absolutely have to pay attention. This can cause a lot of problems, both physically and psychologically. I think lifters should weigh in frequently—even daily. Not only does this help you control your weight and hydration like you need to, it makes the weigh-in routine instead of some monumental event you spend months dreading. As an aside, noting your bodyweight in your training logs is a great piece of data to consider later down the road.
Make competition a lot more controlled and a lot less scary by paying attention to the details, and always remember that experience will be the best teacher.

Steve Bare CSCS USAW
And, if you plan to do so in competition, practice lifting in a singlet!

All great tips, thanks so much!

Warmup
Whilst your comment above makes complete sense, I've found so far (albeit 2 meets) that I haven't been able to secure a bar & plates with any consistency for the warm-up. Ergo I haven't had a planned warm-up so that I can avoid freaking out about not making pre-set #'s at specific times.

Is there something to be said for this laissez-faire approach at local meets ('embrace chaos') or should I force myself onto a bar to execute a fixed progression?

That's crazy. You should secure a platform, even if it's shared, and warm up the way you planned. It's not unusual to have to share platforms and bars in the warm-up room even at national meets - you just have to be assertive and know what you want to do.