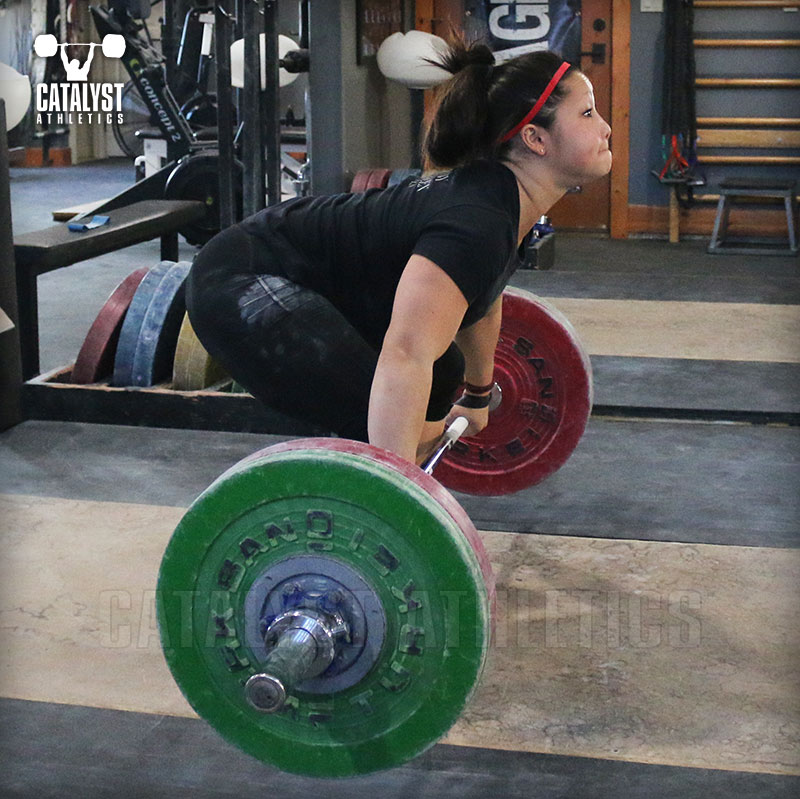 Where’s your lifting at right now? Going great? On a rampage? Or are you struggling, pissed off because of bad training or competition?

Anybody thinking about quitting?

Probably not. If the lifting gods were really kicking you in the crotch, you probably wouldn’t be reading this. More likely you’d be on YouTube watching cat videos, trying to get some happiness back in your life.

Regardless of the current quality of your career, there’s one thing almost all of us in this sport have in common. Know what it is?

We’re all going to quit someday.

Okay… maybe not ALL of us. Sure, there are some diehards out there who simply keep lifting until they grow old and die. Just look at the results of Masters Nationals. There are people in that meet who started when they were young and literally never stopped.

But that’s not the norm. Most people stay in weightlifting for a length of time, and then they hang up their shoes and walk away.

What I want to talk about in this article is HOW you walk away, specifically if you’re working with a coach.

First of all, I want to state my opinion that there’s a right way and a wrong way to quit weightlifting when you’re being coached.

The Right Way: Athletes meet with their coaches face to face (not through a damn text message) and tell them that they’re finished. They explain their reasons, thank the coaches for their help, shake hands or hug or whatever, and then walk away with no hard feelings.

The Wrong Way: Athletes simply stop showing up. They don’t communicate with their coaches at all. They just disappear, with no explanation.

NOTE: This also applies to situations where athletes are going to make a coaching change. They’re not quitting, but they’re leaving the coach and going to somebody else.

Ove the last ten years, I think I can recall maybe two or three athletes who quit the right way. The rest all did it the wrong way.

The wrong way is popular these days because it’s easier. Approaching a coach in person and doing it the right way can be uncomfortable and scary. And since we live in an age where people are running away from face to face communication like rats jumping off a sinking ship, the wrong way is usually what coaches get when athletes decide to stop weightlifting. It’s even worse in coaching change situations because of the obvious hard feelings that can come from those.

However, there’s a problem with this, and you all know what I’m going to say next. Quitting the wrong way is… well, wrong. It shows a lack of character and a complete lack of respect for the coach.

I’ll give you a personal example. When I was 20 years old, I made a coaching change. I had been with my coach for almost three years, and we were close. I had even lived in his house for a little while when I needed a place to stay. But our relationship had completely collapsed into a dysfunctional mess, and it was ramming my lifting into the toilet. So I approached a new coach and made an arrangement to switch.

I went to my coach’s house on a Sunday and asked to talk. We sat down in his living room and I told him, and it turned into one of the roughest conversations I’ve ever had. He was furious, lots of bad blood came to the surface, we both took turns yelling, etc. It was about as unpleasant as you could possibly get. It was all settled and finished when I walked out, but obviously it wasn’t ending on good terms.

I was terrified to go over there because I knew it was going to get ugly (and it did), but I also knew it was the right thing to do. And I was a 20 year-old kid at the time. Most of the people I’ve worked with in recent years have been grown adults, and very few of them have handled it the right way when they decided to split.

And here’s the thing… most coaches aren’t going to blow up, scream, and go ballistic if you tell them you’re quitting. I won’t. I’ve been an athlete for a long time and I totally understand how insanely difficult this sport is. When people walk away for legitimate reasons, I get it. I might tell them it’s the wrong move if I think they could have the best success of their careers just by toughing it out and sticking in there for a few more years, but that’s not going to make me go nuclear and verbally berate them. I’ll be professional, shake hands, wish them the best, etc. Almost every coach I know would do the same thing. So there’s usually very little risk involved in these conversations.

As I said, many of you are weightlifters right now and you’re working with a coach. If you decide to walk away from it someday, show your coach the courtesy and respect of a personal conversation. If it’s scary and intimidating, have some backbone and get it done anyway. It’ll make you a better person.