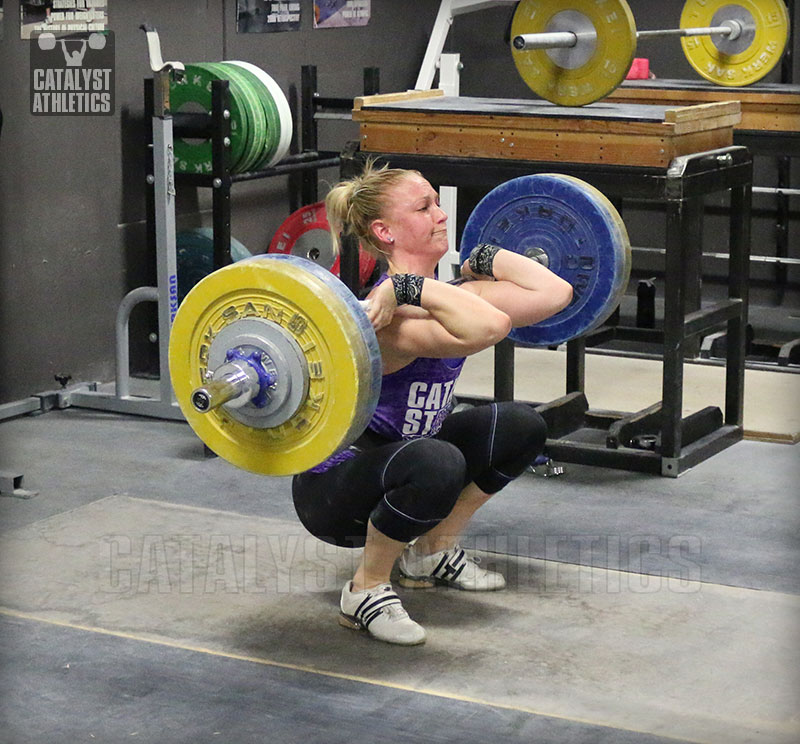 Right away, I need to make it clear that the title of this article is just a wee bit misleading. I’m approaching this topic from a personal perspective, so it could have been called 3 Things That Will Make Matt Foreman Dump Athletes. However, I’ve been in this sport for a long time and I’ve known a lot of coaches. Many times, I’ve noticed a common set of philosophies, rules, and beliefs we all apply to the work we do with our lifters. So even though this article is about my own mentality, I think it’s safe to say many other coaches might have the same thoughts. It will be interesting to see comments from coaches once this gets posted online, talking about whether they agree or disagree.

You all know what I mean when I talk about coaches “dumping” athletes. Nothing complicated about it. The coach says…

“This isn’t working out. You need to find another coach.”

“I don’t think I want to work with you anymore.”

“Get the hell out of my gym and don’t come back.”

Obviously this is awkward. Things usually have to be pretty lousy to get to this point. Let me give you a few possible reasons for why it might happen. As I mentioned, these are personal to me, so I’ll write them as such. Take a look and see what you think.

1. The athlete is working with other coaches behind my back

This one is openly disrespectful, and it’s the quickest path towards me firing a lifter. It’s important to know the “behind my back” part is the real issue. The coach/athlete relationship is extremely powerful, and there’s a lot of loyalty expected on both sides of it. If one of my athletes comes to me and asks up front to get some input from another coach, I’ll want to know why. If there’s a good reason that I can live with, it’ll be no problem. But there aren’t many good reasons out there. If I’m your coach…I’m your coach. Once you start asking to work with somebody else, there’s a lot of potential for things to get difficult because now we’ve got different voices in the athlete’s head, and my experience has taught me this very often leads to problems.

NOTE: If you’re a rookie coach and your athlete wants to get some input from somebody who’s clearly more of an expert than you are, that might be different. But it still has to be handled in the right way.

2. The athlete is doing physical activity that could impact training and not clearing it with me first

This one needs some clarification:

If I’m working with an athlete who’s training on a fairly recreational basis (not trying to compete at a high level) and there’s an established understanding that the athlete likes to do outside physical stuff like hiking, running, etc., that’s fine. No problems there.

However, if the athlete is on a more full-time committed basis, with goals to reach a high level of competition that I’m responsible for guiding them to, it’s definitely out of line for the athlete to add physical activity without my knowledge or permission. The training plan I’ve set up for them is very precise, and the results can easily be screwed up by adding stuff to it behind my back. If somebody comes to me and says they want to qualify for the Nationals, and I set them up on a serious training program, and then I find out they’ve been doing extra workouts I didn’t know about… Ouch. Not good.

3. Arguing with me or questioning my coaching

It’s important to know something with this one. There’s a difference between “asking questions” and “questioning my coaching.” It’s great when athletes ask questions because they want to have a deeper understanding of what we’re doing. That’s terrific. But when the athletes say things that are clear indicators that they don’t want to go along with the way I do things, that’s different. And arguing? Being mouthy? Nope. Not gonna happen. I know there are some people out there who don’t mind engaging in verbal squabbles back and forth with the people who work under them. I’m not one of those types.

I won’t drop an athlete the first time something like this happens. In my mind, these should all be common sense. However, there’s always a chance the athletes might not have known they were doing something wrong. Maybe they honestly had no idea they were stepping over the line.

So if one of these things happens, I’ll have a face-to-face with the athletes and straighten it out. My position will be stated in a very clear way that leaves no room for confusion. After I’ve said what I have to say, the athletes can make up their minds whether they want to go along with how I do things. If they’re willing to follow my rules, we can continue the relationship. If they’re not willing to follow my rules, we both walk away. No hard feelings, no bad blood.

Anyway, that’s how I feel about it. And as I said earlier, this is just one man’s set of beliefs. Other coaches might see this completely different, and that’s fine. There’s no set of rules carved into the side of a mountain in this department. We all make our own choices about what we’re willing to put up with, and what we can’t swallow.

At this point in my life, I know who I am, and how I am. Some coaches are willing to sell their souls to the devil for a National Champion or an Olympian. I’m not.

Think about how you handle yourself, whether you’re a coach or athlete. You’ll know what your own personal set of rules are simply by listening to your gut. Once you know what your rules are, live by them… and surround yourself with other people who see eye to eye with you.

You might, however, have better luck if you (or any other coach) makes sure that the athlete knows the ground rules prior to starting out. I have had coaches that provided no insight as to goals, do's, don'ts, expectations, timelines, etc. and then got bent out of shape if I violated one of those rules.

Lay down complete ground rules and expectations and if an athlete then steps outside of the lines, you have a right to cut him loose.


I think that was implicit in the concept of creating rules to live by as a coach, but you're right that it's only fair the coach make this all clear beforehand. Personally I've found that there are two kinds of people who arrive in weightlifting - those who have competitive athletic backgrounds (usually team sports) and those who don't, and it becomes very clear very quickly who is who - the former get this day 1 without explanation, and the latter often never get it even with explanation.

C
So basically, doing Crossfit behind your back. Let's just call it what it is.
Jason
Very Good Article. I speak of building the Coach-Athlete relationship to all of my potential clients. And reinforce that conversation often with my newest clients.

"Personally I've found that there are two kinds of people who arrive in weightlifting - those who have competitive athletic backgrounds (usually team sports) and those who don't, and it becomes very clear very quickly who is who - the former get this day 1 without explanation, and the latter often never get it even with explanation."
Greg Everett