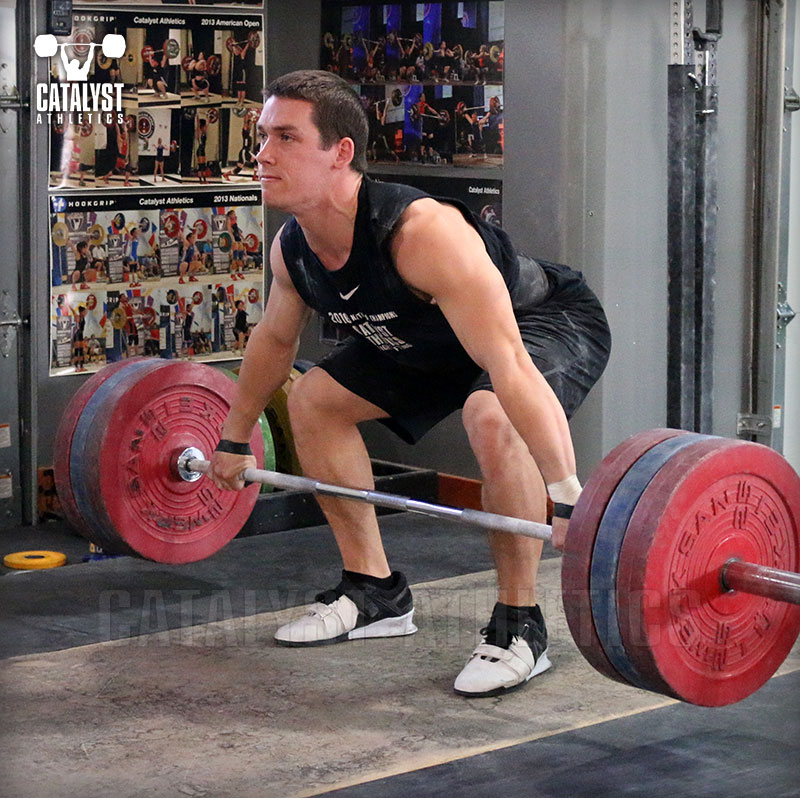 Most of you probably know about this topic just from the title. It’s nothing new, by the way. People have been getting popped on drug tests for supplements and drinks for a long time. But it’s getting worse.

Let me give you some quick background, just in case you’re unfamiliar with what we’re talking about. Olympic weightlifting is a drug tested sport. The global organization that controls the drug testing for all Olympic sports is the World Anti-Doping Agency (WADA). WADA has a list of banned substances, and they keep that list published and available to the public at all times. If you take a drug test and you have any of those banned substances in your system, you get suspended.

A lot of really obvious things are on the banned substance list, like various forms of testosterone and narcotics. However, there are also a lot of other things on there, like stimulants such as ephedrine. Take a look at it sometime if you haven’t already. It’s pretty extensive and difficult to understand because it lists substances by their chemical composition, like Methylnortestosterone (17β-hydroxy-17α-methylestr-4-en-3-one).

If you’re a tested athlete, it can be difficult to know if you’re taking something that has a banned substance in it. Sometimes it’s NOT difficult to know, obviously. If you’re injecting testosterone or snorting coke, you can’t exactly act shocked if you get popped on a test. You knew you were breaking the rules. However, this is where the subject gets murky.

Many athletes take workout supplements, like protein powder, amino acids, or creatine. Some people also like pre-workout drinks to get their motors running before training. These athletes think they’re playing by the rules because these things aren’t anabolic steroids, amphetamines, or anything like that.

The problem is the companies that make these supplements and drinks often slip banned substances in them to make them more powerful. They can get away with this because they’re not legally required to list all the ingredients in the supplement’s label. In other situations, a supplement is simply manufactured in the same facility in the same equipment used to manufacture another supplement containing banned substances, and it’s simply contaminated from that process enough to create a positive test.

So now you have a situation where athletes are taking these supplements without knowing they’re contaminated. Then they get drug tested. And they fail. Then they get suspended.

There’s an organization called Global Drug Reference Online (GlobalDRO) where you can check to see if a certain supplement or medication has banned substances in it before you take it. This is a valuable resource, but it’s not a 100% failsafe guarantee. Not every product with banned substances is going to be listed on there.

Yes, boys and girls. There’s a chance that supplement you’re taking called Sasquatch DNA Resurrection (actual name, by the way) might be dirty. Hard to imagine, I know.

Those are the obvious ones. But to be fair, there are plenty that aren’t so obvious. Plain and simple… supplement companies want to make a lot of money, and the best way for them to do that is to sell products that jack the hell out of the people who take them. Because they can put whatever they want in their supplements and drinks, it’s open season out there.

Every competitive weightlifter needs to know this stuff. You can do all the research you want on a product, but you’ve still got no guarantees it’ll be completely clean, and the outcome will be entirely on you. If you fail a test and try to plead your case to WADA, they’ll tell you the same thing.  And if you try to take action against the supplement company, you won’t have a legal leg to stand on.

This is straight from the WADA website: “WADA is not involved in any certification process regarding supplements and therefore does not certify or endorse manufacturers or their products. WADA does not control the quality or the claims of the supplements industry which may, from time to time, claim that their products have been approved or certified by WADA. If a company wishes to promote its products to the sport community, it is their responsibility as a manufacturer to ensure that the products do not lead to any anti-doping rule violation. Some third-party testers of supplements exist, and this may reduce the risk of contamination but not eliminate it.”

In other words, if you decide to take a supplement or drink a pre-workout, you’re rolling the dice. Plain and simple.

There’s only one way you can be guaranteed to pass a drug test… don’t take anything. If you want to take something, my recommendation would be to check around and make sure plenty of other tested athletes are taking that exact product with no problems. Don’t take a doctor’s word for it, trust me. Doctors are experts in their fields, but most of them aren’t totally current on all this stuff.

If you’re a coach, you’ve got to be vigilant about this. Your athletes get bombarded with information about these products, and they’re all looking for an extra edge. One of them could fail a drug test for something you didn’t even know they were taking.

Some of you might be saying, “This doesn’t matter for me. I’ll never get drug tested because I’m not a national-level lifter.” There’s some truth to that. But you also need to remember two things: 1) USADA now drug tests selected local meets too.  2) If you lift in a national competition, you could be selected for a random test even if you’re not a top finisher.

Bottom line… you have to be very, very careful if you’re a tested athlete. You’ll have nowhere to run if you get caught, even if you thought you were playing by the rules.

Rob J
I serve in the UK armed forces and we have a zero tolerance to PEDs. So to counter this we use Informed Sport as effectively our list of approved substances. This has proved to be a double edged sword, manufacturers have to pay to be accredited under this scheme, it being run bu a manufacturer. Also at what level do you draw a line does a simple whey protein or a fish/krill oil need to be tested and accredited.
Ernie
I am currently taking stimlord prework out and tested positive for amphetimines
Ryan king
I just started takin 3 different suplements and piss ed dirty for morpheen