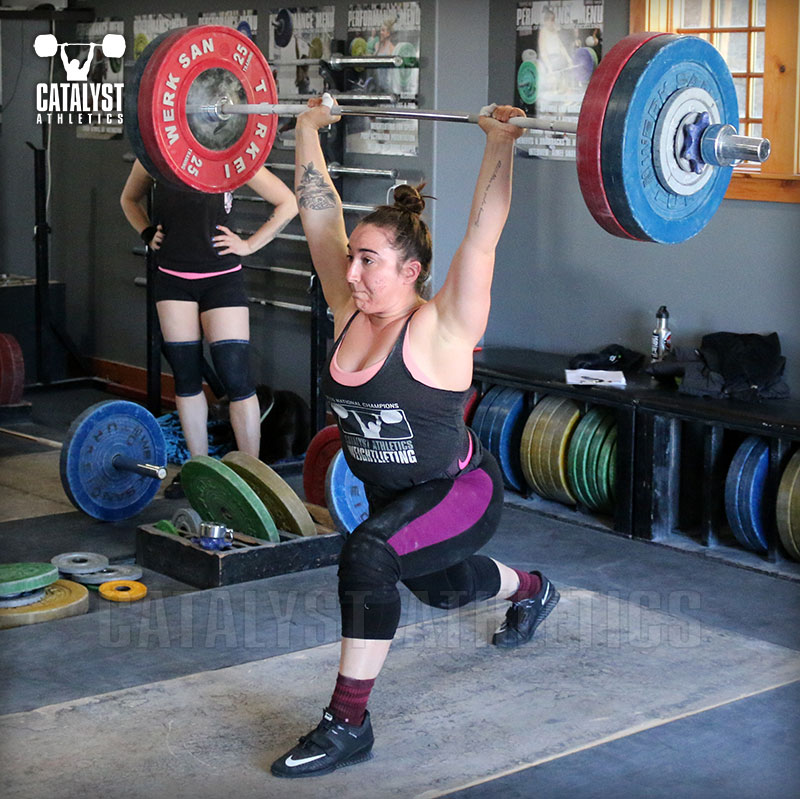 Most of you are probably too young to remember George Carlin. He was an old-school comedian who did a monologue called “Seven Words You Can Never Say on Television.” It was basically centered on the seven dirtiest words in the English language, which I won’t list here because I don’t want to blemish the Catalyst Athletics lifetime commitment to wholesome family values.

I was thinking about it the other day when I heard somebody use a dirty word I hate hearing in weightlifting. Do you want to know what it is?

I hate it when weightlifters use the word “fluke” to describe their own lifts or performances. George Carlin always said words were only bad based on how they’re used in a sentence, and I think that same idea applies to my disgust of “fluke.”  Let me give you a few examples of what I’m talking about…statements you sometimes hear in weightlifting that use “fluke” in an obscene way.

“I snatched 80 kilos last week. It was a five kilo PR and it felt great. I hope it wasn’t a fluke.”

“I placed 3rd at nationals a couple years ago, but it was a total fluke. It only happened because another guy bombed out. I’ve never placed higher than 5th any other year.”

First of all, the dictionary definition of fluke is “an unlikely chance occurrence, a surprising piece of luck.” In other words, it’s something that wasn’t supposed to happen, and it’ll probably never happen again. It’s just a freak moment.

If you’re a weightlifter, you should never use this word to describe anything you’ve done. Erase it from your vocabulary.

Because when you describe one of your performances as a fluke, you’re showing a pitiful lack of self-confidence. You’re basically looking at something you did and saying you don’t have the skill or ability to make it happen again.

That’s a lousy way to think about your accomplishments. You’re basically predicting your own failure. You’re saying something big happened almost by accident. You didn’t really have the talent to make it happen. It just kinda dropped out of the sky, and it was most likely a one-time thing.

What a lousy way to think about your lifting. You should NEVER think that way, for several reasons. First, it’s inaccurate. Snatches and C&Js don’t really happen through luck. If you’ve snatched 100 kg, it means you have the strength, technique, and ability to lift that weight. Those qualities don’t appear out of nowhere when you’re chalking your hands and then vaporize as soon as you finish the lift and drop the bar. If you’ve snatched 100 kg, it means you’ve got a 100 kg snatch in you.

It can be tempting to think this way, granted. Especially when you lifted a certain weight a LONG time ago and you haven’t repeated it since. I can relate. I remember the first time I snatched 120 kg in competition. It was in March 1992. You want to know the next time I snatched 120 kg? July 1993. Sixteen months. That’s almost a year and a half.

I honestly never thought that first 120 kg was a fluke. Throughout all those months of failure afterwards, I always knew I could do it again. After I hit it again the second time, my results started to snowball. At the 1993 American Open (five months later), I snatched 132.5.

Was it just a mental block? You bet it was. Actually, it wasn’t JUST a mental block. My technique was glitchy for quite a while, and it took me forever to fix it. I also had a period of time when I snatched with straps in training a lot, which completely screwed me. And yes…I also had my head up my ass. So my lack of progress wasn’t because of one thing. It was several things. That’s pretty much always how it is in weightlifting.

And sure, it’s possible for some freaky combination of adrenaline, technical mastery, and hot mojo to mix together at the right moment and produce a performance that’s three levels above anything you’ve ever done. It happens, and those performances can be tough to get back to. But you’ll never make it back to that big number if you mentally classify it as a one-time lucky break. You’ll set it out of reach in your mind, and then you’re finished.

If you doubt your ability to replicate big performances (and then go even higher), you’re being mentally weak. Using the word “fluke” to describe something you’ve done it just another subtle way of crapping on yourself. Beat it. Block it. Get rid of it. Change yourself. Grow. Toughen up. Get a chip on your shoulder. Walk around thinking you can lift a lot more than you currently do. Pull your pants down in front of a mirror and repeat, “I’m a star. I’m a bright shining star.”

Josiah
Greg your the best at writing motivating articles. We beat ourselves up and think we are being cool by being tough on ourselves but really we are just taking the lazy way out. It takes guts to expect the best of ourselves, and to have the confidence to know we do have it in us to work hard. Makes my day when I see you put out a new article.