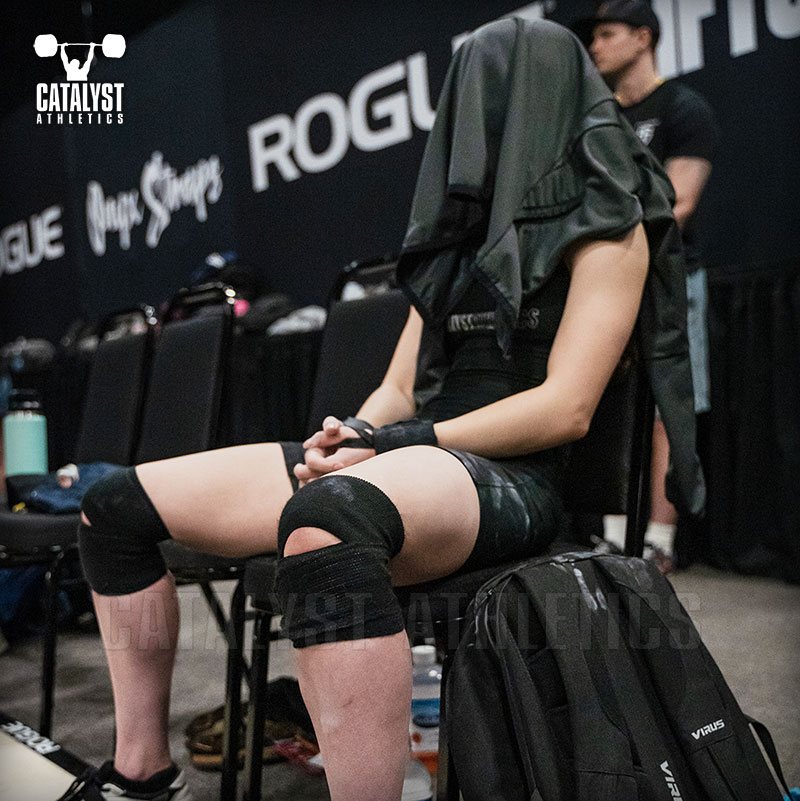 There’s nothing more frustrating than a weightlifter with a million-dollar body and a five-cent head.

There are two kinds of talent in weightlifting: mental and physical. Any of you who have been in the game for even a moderate amount of time should understand what I’m talking about. Having a staggering level of physical talent just isn’t enough in this sport. You’ve got to have psychological and emotional talent as well.

When you’ve got a lifter with lots of physical talent and not much on the mental side, they often get that dreaded two-word nickname pinned on them: HEAD CASE. A head case is typically an athlete who crumbles in competition, but it can also apply to the ones who turn every day of training into a nightmare. They drive their coaches crazy (and usually everybody else in the gym too) with their bulls---t.

It’s insanely aggravating when head cases have oodles of physical ability, because it’s obvious to everybody that they could be champions if they could just pull their heads out of their asses. I’m guessing a lot of you are shaking your heads right now because you’re thinking of somebody who fits this description.

Some head cases are good people with all the best intentions. They work hard, try their best, and give it their all. You like them, and you want the best for them. But they just can’t seem to put it together mentally, and it breaks your heart because you feel like they deserve success. It hurts to watch them fail.

Other times, the head cases are complete toolbags, and it doesn’t bother you at all when they go down in flames. Nobody really wants to see them do well because…they’re horrible people. It’s enjoyable when they implode. But still, you can’t help but think about how incredible they could be if they had the right mentality, because their natural physical gifts are off the charts.

I know some of you are reading this and feeling bad because YOU’RE the head case. You don’t like to admit it, but it’s true. You’ve earned the title, sorry to say. You’ve got a track record of mental breakdowns, and you’d be lying to yourself if you didn’t own up to it.

This brings about an obvious question…is there any hope? If you’re the athlete with the mental obstacles, is there any possibility that you might eventually shake it off and morph into an asskicking machine? And if you’re the coach with a head case athlete on your hands, is there any way to turn it around? Is it even possible for this to happen, or is this one of those “if you’re not born with it, you’re never gonna have it” situations?

It’s possible for a head case to grow out of it. Mental talent can be developed. I’m certain of it, for two reasons.

First, I’ve done it personally. Throughout the first few years of my career, I was a head case. No doubt about it. However, I gradually grew out of it and turned into a pretty good competitor, if I do say so myself. I started as one of those walking disasters who always freaked out and went 2/6 in meets, but I eventually became the guy who usually got the job done when the heat was on.

Second, I’ve seen the same progression with athletes I’ve known. Some of them I coached, and others were just lifters I knew well. Through continuous time and effort, they literally transformed their own minds and pulled their careers out of the toilet.

How can you make this change happen? There are several answers to that question. One of them is continuing to expose yourself to the situations that cause the breakdown. When you experience failure, you don’t want to run away from it. Every time I’ve ever had a bad meet in my life, I always wanted to compete again the next weekend. I wanted to bounce back and prove myself. I’m not saying you should literally scramble around and find another meet the following weekend whenever you compete badly, but the desire should be there. If you have a bad meet and then decide to stop competing for a while, you’re going in the wrong direction. When something hits you and knocks you down, you’re not supposed to get up and run away. You’re supposed to get up and hit it back.

But if you’re experiencing the same kind of failure over and over, it means there’s something wrong with the way you’re doing things. For example, I used to think I needed to spend time by myself and psyche up before I competed. Getting my game face on, that kind of thing. I eventually realized all I was doing was making myself more nervous. I decided to try it the opposite way, where I stayed social, relaxed, and normal throughout the whole day. I didn’t start thinking about my lifts until I was standing over the bar. For me, that’s what did it. That laid-back approach led to better competition results.

My coach didn’t have anything to do with any of this (and I had the best coach in the sport). That’s the final point here. All of this has to happen internally with the athlete. It’s a process of self-examination, trial and error, and experience. Coaches can provide ideas and help, but they can’t ultimately solve the problem. The athletes have to solve it themselves.

HEAD CASE doesn’t have to be a permanent title. Mental ability can be developed, just like physical ability. Keep this in mind as you continue your weightlifting journey.

Check out the Mental Training Journal by Aimee Everett

Justin escalante’
Good read, Matt! I struggle with this sometimes and it’s nice to know that it’s common. My attitude has definitely shifted over the months and I can see the improvement. Thank you!
On The End Crossfit
Getting mentally right for a competition is so important. If not more important than being completely physically ready. Great read, Matt! OnTheEndCrossfit