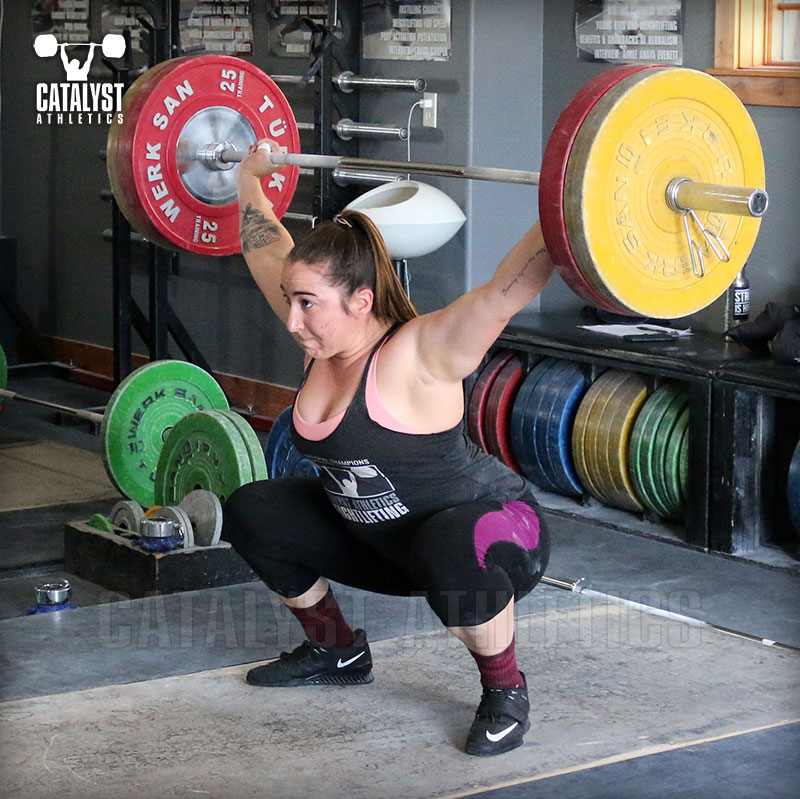 In scratching my head about what on earth I possibly have left to write about, it occurred to me after a mind-boggling exchange on Instagram that it would make sense for me to discuss a few things I’ve learned the hard way—in other words, what not to do.

Learning from mistakes is one of the best ways to progress, and learning from other people’s mistakes is the best way to learn from mistakes. Why run an experiment that’s been run a million times before? Unless you truly have a new variable to introduce, don’t waste your limited time and resources reinventing the wheel. Rely on what’s been established and experiment with what hasn’t. Use my stupidity to develop your intelligence.


Not Being Aggressive Enough Correcting Fundamentals

This is an issue largely specific to lifters coming to you from other coaches. These are athletes who have already been taught how to snatch and clean & jerk, and may even be lifting at a pretty advanced level. I have been stunned multiple times over the years with the complete lack of understanding and mastery of the most basic elements of lifting by lifters at the national and even international level.

I believe this largely to be a symptom of the structure of weightlifting in the US (and countries with similar circumstances)—we are often working with athletes starting at older ages without extensive athlete backgrounds, and consequently, we’re in a rush to compress more training and experience into a shorter period of time than is ideal. In short, we push lifters to higher levels despite often serious chinks in their armor.

When you take on an athlete like this as a coach—or when you are an athlete like this—it’s very easy to dismiss these things by pointing out how well the athlete is currently doing in spite of them. But what I have always found to be the case when I’ve made the mistake of not hammering these problems immediately and unrelentingly until they’re resolved is that they become a permanent drag on progress. You then have even more trouble correcting them because you’ve allowed habits to become even further cemented.

These issues include things like breath control and trunk stabilization, balance over the feet, overhead positions, and basic postures.

It’s frustrating and worrisome to take a step backward, but you have to keep the long term perspective in mind. Better to take a small step back now than continue backsliding indefinitely or slam right into a wall that never moves.

Programming is truly a rabbit hole inside a can of worms. There’s no end to the possibilities, and tiny changes can have dramatic effects—and when you’re making multiple changes at once, you largely lose the ability to evaluate them individually. Add to this mix the influence of social media and the barrage of novel exercises and you have a recipe for completely losing the plot.

There are a lot of ways to train for weightlifting that are equally effective, at least with the right athlete at the right time. But what’s easy to do is make the process more complex than it needs to be. Often this means mimicking more advanced lifters’ programming for lifters at lower levels of ability, but it can also mean just trying to introduce tricks for the sake of impressing people (including yourself). Simple programming isn’t glamorous, but if it’s appropriate, it’s most effective.

Don’t shy away from the basics because they’re not flashy enough. Focus on steady improvement of strength specific to lift postures and motions, regular and frequent enough exposure to the competition lifts and variations, and specific work for a given athlete’s needs.

This is closely related to the previous, but it deserves its own heading. Weightlifters and weightlifting coaches tend by nature to be the types who go overboard—more is better, heavier is better, more painful is better, etc. Sometimes extremely high volume is a good idea… most of the time it’s not. The key is determining what exactly constitutes appropriate volume for each lifter, which can vary quite a bit.

It’s always better to begin conservatively with volume and average intensity and gradually increase it to find that sweet spot. This will give you a better evaluation of effectiveness. If you start high and have to pare it down, you’ll be doing so in an ongoing state of accumulated fatigue and won’t get an accurate sense of the effects of the volume/intensity.

Putting more focus into fewer things will nearly always produce better results than trying to do a bit of everything.

Aaron Abner
Good article, thanks to all there for what you do for us😊
Nancy A. Mazur
Always great information in your articles.
Hyperlinks
Both of your hyperlinks in this article are "mailto". Fix that.
You posted this comment 3 days after they had been fixed.