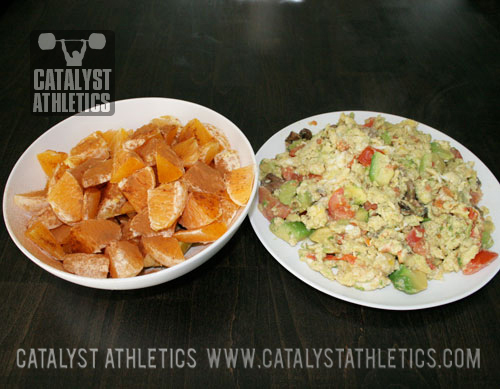 When I was still in high school, I found myself cooking food at a really bizarre dinner party. One of my friends happened to be renting a room from a macrobiotic guru in town, and all of the macroneurotics (as they called themselves) would show up to cook and eat strange rice variations and weird vegetables. The first thing I remember is getting yelled at for rinsing veggies in warm water. "This is supposed to be a raw salad," someone scolded, "and you're cooking it." I also remember that the food, much of which was very highly processed, wasn't exactly tasty.

It was in macrobiotic literature that I first heard about the acid-alkaline theory, that eating foods that were alkaline would create an internal climate that would resist disease, while acidic foods would allow disease to thrive. Meat and eggs were considered acidic, whereas fruits, vegetables and cereal grains were said to be alkaline. But in a macrobiotic diet, whole grains account for 40-60% of calories, so I was always kind of startled to hear the theory touted as fact by reputable sources. It is not at all uncommon to find vegan macrobiotics, and usually only some types of fish are considered kosher.

Although the macrobiotic diet originated around 1797, the acid-alkaline theory may have originated with Japanese doctor Sagen Ishizuka in the late 1800s. According to clinical herbalist Paul Bergner (who's been on a ketogenic diet for over 10 years and monitors his own ketones and pH with test strips, in addition to gathering data from clients), at least one emergence of the theory arose among German naturopaths in the 1890s. "This theory, as far as I can tell, was first promulgated in English by Henry Lindlahr," Bergner said. Lindlahr was a naturopathic doctor who'd studied Nature Cure in Germany a decade prior. The observation at the time, which of course holds true to this day, is that people who don't eat enough fruits and vegetables experience deteriorating health. At the time, sugar was beginning to displace fruits and veggies (sound familiar?) and so arose the theory that alkaline forming foods buffered acid forming foods, preventing the blood from robbing minerals from the bones and tissues to buffer the acid.

The acid-alkaline theory states that eating too much acidic food robs minerals from the bones, but it's since been discovered that blood acidity is actually buffered by corrective measures in the urinary and respiratory systems. Because blood is normally slightly alkaline (7.4) and metabolism is acidic, the alkalinity of the blood is maintained by CO2 exhalation and by urinating (average urine pH is 5.9). So basically, if your pH is too acid or too alkaline, your body will compensate for it. You'll breath out more or less CO2, or your urine will dump out either hydrogen or bicarbonate ions to maintain the proper pH level. "There is no requirement for food or minerals to balance the acid," Bergner stated.

Bergner had a patient who was intermittently in and out of ketosis measure his urine three to four times a day for two weeks. He then ran the data through a statistical analysis program and found that the acidity of the patient's urine was perfectly non-correlated with ketosis. Bergner also notes that it's quite difficult to alkalinize the urine by eating alkalinizing foods.

But what about urine becoming more acidic and loss of mineral in the urine, as is the case with calcium? The body compensates by taking more calcium from the intestines. Sometimes the opposite is true and the body dumps bicarbonate ions to maintain blood pH rather than acid. So is it normal to see urine pH swing from acid to alkaline? In a word, yes.

But if your body is excreting calcium, how is it replacing it? Jane E. Kerstetter, a registered dietitian and PhD, has done extensive research on the effects of dietary protein on bone health. Her work indicates that any increase in calcium excretion is matched by extra calcium absorbed from the intestine. In fact, her latest research even shows bone-derived calcium in the urine of mice decreases as protein consumption increases.

"Calcium metabolism is complicated," Bergner explained. "Typically, if net calcium is being lost, if serum calcium levels are dropping, parathyroid hormone is secreted and more calcium is then uptaken from the intestine, and other conservation events occur." Interestingly enough, Kerstetter's research only worked for meat. Soy protein did increase excretion of calcium but did not increase absorption.

The parathyroid hormone factor becomes more relevant when analyzing studies showing bone health improvement due to an alkaline diet. The ones I've looked at measure urinary calcium excretion, which isn't necessarily an indicator for bone health (again, because calcium excreted can be accounted for by increased intestinal absorption.) If bone loss was occuring, as is often implied, parathyroid hormone would be elevated. As far as I know, no evidence of parathyroid hormone elevation due to decreased calcium because of too much animal protein ingestion has been shown.

So how does this tie in to our friends the cavemen? Well, first of all, the macrobiotics were wrong again (no surprise there). Cereal grains are actually acid loading, just like meat. It is greens that are the most alkalizing, along with fruit and other vegetables. And historical modeling indicates that hunter-gatherer diets varied. About half were highly reliant on animal-based foods and had high net acid effects. Others were net alkaline. But since hunter-gatherers with both net acid and net base diets were virtually disease-free, it almost seems irrelevant.

So what does all this mean for us?

Don't worry about meat robbing calcium from your bones. You'll excrete calcium if your urine is more acidic (with hydrogen ions being secreted to balance the acid load), but your body will be getting it from elsewhere. And even though your urine can become more or less acidic, your blood is going to stay the same. Though eating vegetables is generally a good idea for a variety of reasons, it's not because minerals are being robbed from the bones. And since it appears that half of the hunter-gatherer diets had high acid-load diets, and none of our caveman buddies had modern diseases, I wouldn't lose sleep over the possibility.

What we still don't know:

Some studies show that even small variations in serum acidity may be physiologically significant, but don't prove that eating less meat due to its acid load is necessary. And though calcium and bone strength is often discussed, it is quite possible that variations are due to factors not related to acid-base chemistry. Although there appears to be a wide disagreement on the relevance of acid-alkaline intake, the metrics in the studies I have found are not always comparing the same or right things.

Furthermore, there is conflicting research on the effects of exercise on alkalinity and acidity. According to Bergner's reseach, long moderate walking seems to be alkalinizing—the respiratory buffer overcompensates for the CO2 load. It's possible that intense exercise acidifies urine, as the respiratory buffer is unable to keep up with the CO2 load generated by the Krebs Cycle. A lot of this is yet to be determined.

Just because I haven't found information proving that chronic net acid loads cause degenerative diseases (when controlling for other factors such as sugar) doesn't mean that it isn't out there (or won't later be discovered). Although there is disagreement, a lot is still unclear and requires further investigation. I, for one, am interested in anything anyone can dig up.

Where to Geek Out On This: My reference list is too long for print, but you can pubmed search the following authors: Kerstetter JE, Frassetto L, Morris RC Jr, Sebastian A., Pizzorno J, Katzinger J and Osther PJ.

Or Try This: Anybody who doesn't want to pore over research is welcome to buy a box of urine test strips. Mass experimentation is certainly in order, so let's get to it.

4 Comments
Danny
Good article! Been looking for some research on this theory for a long time. Thankyou!
Mark Lanza
This is indeed a great article, and I've been wondering how a paleo diet affects the alkalinity of the body. I've even explored ionized water consumption versus distilled and reverse-osmosis, but haven't mae up my mind on that.
Question: what other bodily conditions could cause excess CO2 exhalation besides the attempt to balance the acid/base ratio?
I have long been plagued with being a mosquito magnet, and I can get swarmed while others nearby are not harassed at all. Mosquitoes are attracted by CO2, so I assume this is why they target me. Any ideas, besides DEET?

I personally prefer a regular Multipure filter (see
http://www.performancemenu.com/articles/article.php?articleID=74 for info) that's not reverse osmosis or distilled since it leaves the minerals.

I am not really sure what to tell you about mosquitoes, except from my own experience--they seem to be attracted to whoever is walking first in a crowd, probably because they do not like breeze. Don't wear blue, stick to neutral colors. Mosquitoes do not like close overhead shadows or feeling boxed in when they feed, so draping something around your face is helpful. Mosquitoes are obsessive about keeping their wings grease-free so oiling your skin might be helpful.

Thiamine hydrochloride, found in certain B vitamins, is repelling, as is chewing raw garlic if you can stand it. New research shows that soybean oil is just as effective as DEET.

Washing your clothes in peppermint Bronner's seems to be somewhat effective, but I usually save that for, like, backpacking or tent living.
AstroHerbalist.com
Excellent article Yael! I, too, wondered some of these same things, and I also believe some of these factors are highly individualized on top of all of this. Awesome indeed!

Yael Grauer is a freelance writer and the managing editor of The Performance Menu journal. Her work has appeared in a variety of trade journals and consumer magazines and she writes regularly for various websites including MMA HQ. Yael trains in Brazilian jiu jitsu and teaches writing workshops both locally (in MN and WI) and virtually. For more information, check out her website.